A TikTok video that recently went viral on social media showed a recent Harvard graduate threatening to stab anyone who said “all lives matter.” In her melodrama, she tried to sound intimidating with her histrionics.

She won a huge audience as she intended. But her video also came to the attention of the company that was going to give her an internship later this summer, Deloitte, which decided it didn’t want to add an intern who threatened to kill strangers who said something she didn’t like.

This wouldn’t have been much of a story. But then the narcissistic Harvard alum posted a very different video — one that showed her weeping in a near-fetal position.

She fought back tears while complaining how unfair the world had been to her. Her initial TikTok post had earned cruel pushback from the social media jungle she had courted. Deloitte, she sobbed, was mean and hurtful. And she wanted the world to share her pain.

The Harvard graduate who threatened to “slit the throats and watch them bleed out” to anyone who says “all lives matter” to her is blaming Trump supporters for ruining her life. 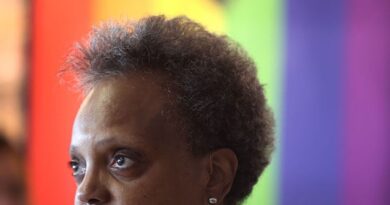