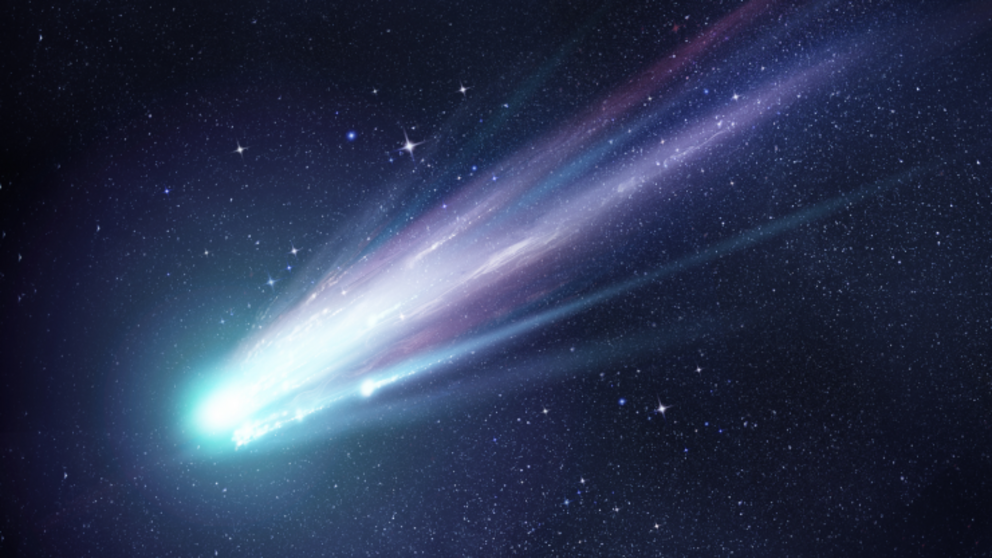 People waking up early in the morning will be treated to a brilliant site this week: the newly discovered comet NEOWISE, which is the first visible comet of 2020 that can be seen with the naked eye.

Officially known as C/2020 F3, the comet was first spotted by NASA’s NEOWISE satellite in March some 326 miles (525 km) above the Earth’s surface as it began to approach the Sun, shining brightly as it released water vapor from its icy core.

The comet surprisingly survived its loop around the Sun and will be coming closest to Earth this week, after which it is expected to remain visible to the naked eye through July, reports CNN.

The icy space rock, which looks like a bright ball with a luminous tail, can be easily seen at early dawn and dusk across the northern hemisphere.

The comet is the first “great comet” to streak through Earth’s skies in 2020 after two other much-hyped comets, Comet ATLAS and Comet SWAN, fizzled out earlier this year – a common phenomenon since comets are inherently fragile bodies that tend to fall apart as they come closer to the Sun.

“About once a decade you get [a comet] that is really bright, [with] naked eye visibility,” Paul Delaney, an astronomy professor at York University, told Global News. “That’s surprisingly what NEOWISE has become. We weren’t expecting it.”

Comets typically appear faint in the sky, which is why it’s recommended that you look for the comet in the early morning and evening, right when the level of sunlight allows you to see it against the night sky but without washing the spectacle out.

“For the northern hemisphere, it’s very low to the horizon in the early morning,” said astrophysicist Karl Battams of the U.S. Naval Research Laboratory in Washington, D.C. “People need to get up early, but it’s easily visible with binoculars.”

The comet will be visible at dawn until July 11, when it reaches the highest point in the sky, according to EarthSky.

In mid-July, however, comet NEOWISE will become visible just after sunset near the horizon in the northwest. Earthsky reports that the comet nay stick around through the second half of the month, during which time it will be higher in the sky at dusk.

NEOWISE is expected to disappear into its orbit in August.

While many have caught some amazing glimpses of NEOWISE with their naked eye alone, stargazers are recommended to use binoculars while astrophotographers should use a quality camera with a zoom lens to catch an even closer look at the magnificent display.

Astronomers and astronauts on the International Space Station (ISS) have captured some amaing photos and videos of NEOWISE.

In a tweet, ISS cosmonaut Ivan Vagner of Russia tweeted about the comet, noting that its large tail is quite clearly visible from the space station.

It also bears repeating that while comets have historically been the basis of misperceptions borne of superstitious beliefs, these distant snowballs pose absolutely zero danger to terrestrial life.

NASA is urging photographers, both amateur and professional, to submit any photos to its Astronomy Picture of the Day program here.

Let's Be Honest – Stalin Was Less of a Criminal Than Churchill, Truman, and LBJ