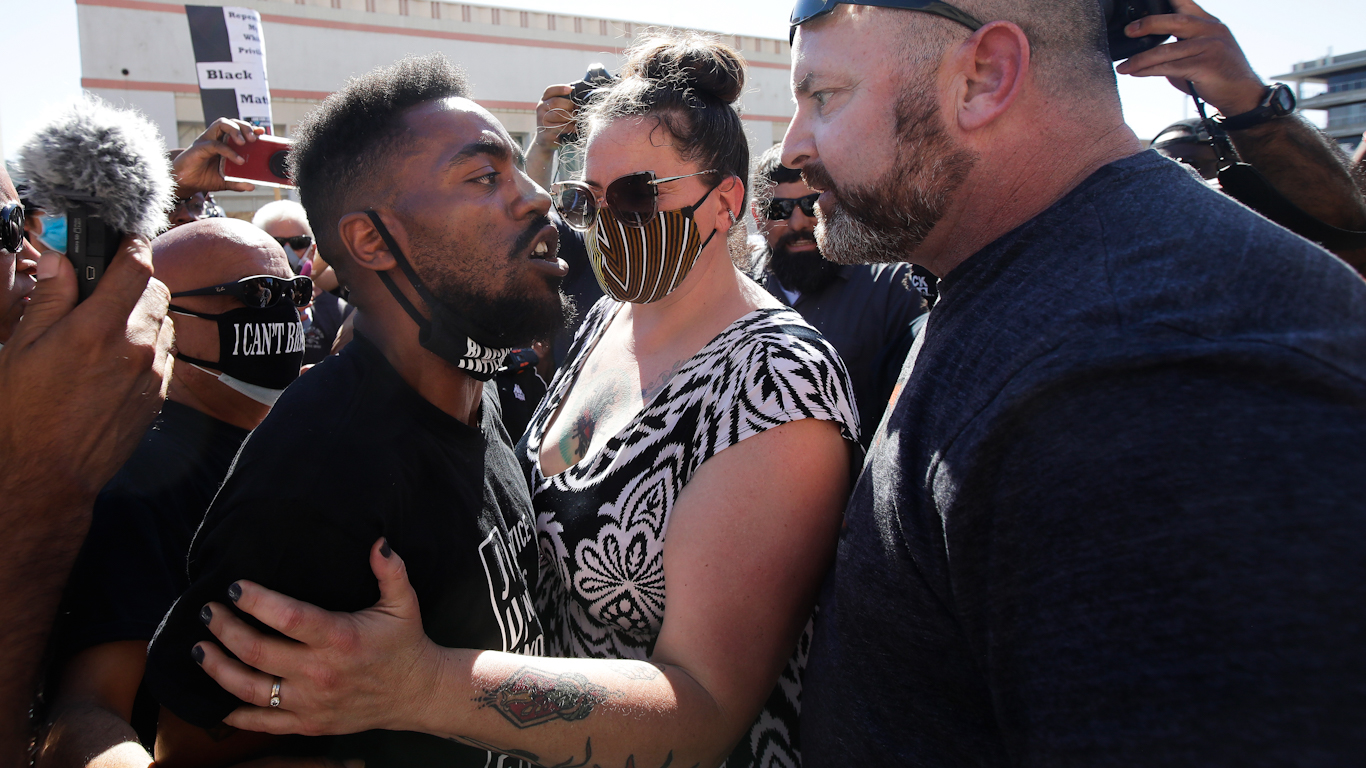 CHARLOTTESVILLE (Rutherford) –– For those old enough to have lived through the McCarthy era, there is a whiff of something in the air that reeks of the heightened paranoia, finger-pointing, fear-mongering, totalitarian tactics that were hallmarks of the 1950s.

Back then, it was the government—spearheaded by Senator Joseph McCarthy and the House Un-American Activities Committee—working in tandem with private corporations and individuals to blacklist Americans suspected of being communist sympathizers.

By the time the witch hunts carried out by federal and state investigative agencies drew to a close, thousands of individuals (the vast majority of them innocent any crime whatsoever) had been accused of communist ties, investigated, subpoenaed and blacklisted. Regarded as bad risks, the accused were blacklisted, and struggled to secure employment. The witch hunt ruined careers, resulting in suicides, and tightened immigration to exclude alleged subversives.

Seventy years later, the vitriol, fear-mongering and knee-jerk intolerance associated with McCarthy’s tactics are once again being deployed in a free-for-all attack by those on both the political Left and Right against anyone who, in daring to think for themselves, subscribes to ideas or beliefs that run counter to the government’s or mainstream thought

It doesn’t even seem to matter what the issue is anymore (racism, Confederate monuments, Donald Trump, COVID-19, etc.): modern-day activists are busily tearing down monuments, demonizing historic figures, boycotting corporations for perceived political transgressions, and using their bully pulpit to terrorize the rest of the country into kowtowing to their demands

All the while, the American police state continues to march inexorably forward.

This is how fascism, which silences all dissenting views, prevails.

The silence is becoming deafening.

After years of fighting in and out of the courts to keep their 87-year-old name, the NFL’s Washington Redskins have bowed to public pressure and will change their name and team logo to avoid causing offense. The new name, not yet announced, aims to honor both the military and Native Americans.

Eleanor Holmes Norton, a delegate to the House of Representatives who supports the name change, believes the team’s move “reflects the present climate of intolerance to names, statues, figments of our past that are racist in nature or otherwise imply racism [and] are no longer tolerated.”

Yet it wasn’t a heightened racial conscience that caused the Redskins to change their brand. It was the money. The team caved after its corporate sponsors including FedEx, PepsiCo, Nike and Bank of America threatened to pull their funding

So much for that U.S. Supreme Court victory preventing the government from censoring trademarked names it considers distasteful or scandalous.

Who needs a government censor when the American people are already doing such a great job at censoring themselves and each other, right?

Now there’s a push underway to boycott Goya Foods after its CEO, Robert Unanue, praised President Trump during a press conference to announce Goya’s donation of a million cans of Goya chickpeas and a million other food products to American food banks as part of the president’s Hispanic Prosperity Initiative.

Mind you, Unanue—whose grandfather emigrated to the U.S. from Spain—also praised the Obamas when they were in office, but that kind of equanimity doesn’t carry much weight in this climate of intolerance.

Not to be outdone, the censors are also taking aim at To Kill a Mockingbird, Harper Lee’s Pulitzer Prize-winning novel about Atticus Finch, a white lawyer in the Jim Crow South who defends a black man falsely accused of rape. Sixty years after its debut, the book remains a powerful testament to moral courage in the face of racial bigotry and systemic injustice, told from the point of view of a child growing up in the South, but that’s not enough for the censors. They want to axe the book—along with The Adventures of Huckleberry Finn—from school reading curriculums because of the presence of racial slurs that could make students feel “humiliated or marginalized.”

Never mind that the N-word makes a regular appearance in hip-hop songs. The prevailing attitude seems to be that it’s okay to use the N-word as long as the person saying the word is not white. Rapper Kendrick Lamar “would like white America to let black people exclusively have the word.”

Talk about a double standard.

This is also the overlooked part of how oppression becomes systemic: it comes about as a result of a combined effort between the populace, the corporations and the government.

What started with Joseph McCarthy’s headline-grabbing scare tactics in the 1950s about Communist infiltrators of American society snowballed into a devastating witch hunt once corporations and the American people caught the fever.

McCarthyism was a contagion, like the plague, spreading like wildfire among people too fearful or weak or gullible or paranoid or greedy or ambitious to denounce it for what it was: an opportunistic scare tactic engineered to make the government more powerful.

The parallels to the present movement cannot be understated.

The contagion of fear that McCarthy helped spread with the help of government agencies, corporations and the power elite is still poisoning the well, whitewashing our history, turning citizen against citizen, and stripping us of our rights.

What we desperately need is the kind of resolve embodied by Edward R. Murrow, the most-respected newsman of his day.

On March 9, 1954, Murrow dared to speak truth to power about the damage McCarthy was inflicting on the American people. His message remains a timely warning for our age.

We will not walk in fear, one of another. We will not be driven by fear into an age of unreason, if we dig deep in our history and our doctrine; and remember that we are not descended from fearful men. Not from men who feared to write, to speak, to associate, and to defend causes that were for the moment unpopular.

America is approaching another reckoning right now, one that will pit our commitment to freedom principles against a level of fear-mongering that is being used to wreak havoc on everything in its path.

The outcome rests, as always, with “we the people.” As Murrow said to his staff before the historic March 9 broadcast: “No one can terrorize a whole nation, unless we are all his accomplices.”

As I make clear in my book Battlefield America: The War on the American People, this may be your last warning.

Feature photo | Nehemiah Nuk Nuk Johnson, left, with JUICE (Justice Unites Individuals and Communities Everywhere), confronts a counter protester who did not give his name in Martinez, Calif., July 12, 2020, during a protest calling for an end to racial injustice and accountability for police. Jeff Chiu | AP

John W. Whitehead is a constitutional attorney, author and founder and president of The Rutherford Institute. His new book Battlefield America: The War on the American People  (SelectBooks, 2015) is available online at www.amazon.com. Whitehead can be contacted at johnw@rutherford.org. 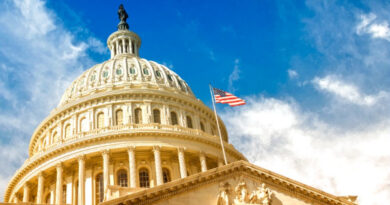