Yesterday, Federal Reserve Governor Lael Brainard gave a speech via webcast to the National Association for Business Economics. She warned, effectively, that the rosy spin coming out of the Trump administration needed to be weighed against the reality on the ground. Brainard raised the caution that credit downgrades on bonds and corporate defaults are occurring at “a faster pace than in the initial months of the Global Financial Crisis.” Brainard explained as follows:

“In downside scenarios, there could be some persistent damage to the productive capacity of the economy from the loss of valuable employment relationships, depressed investment, and the destruction of intangible business capital. A wave of insolvencies is possible. As the Federal Reserve Board’s May Financial Stability Report highlighted, the nonfinancial business sector started the year with historically elevated levels of debt.

Already this year, we have seen about $800 billion in downgrades of investment-grade debt and $55 billion in corporate defaults—a faster pace than in the initial months of the Global Financial Crisis. Several measures of default probabilities are somewhat elevated. It remains vitally important to make our emergency credit facilities as broadly accessible as we can in order to avoid the costly insolvencies of otherwise viable employers and the associated hardship from permanent layoffs.”

Congressman Sean Casten of Illinois warned that “we are in a massive economic downturn,” adding this:

“I mention that, because when this is all done, there’s gonna be a reckoning. Folks are gonna look out and say, in this moment, who stepped up and acted with ethics, to act with charity, and look out for those who were needy, and who decided to hoard their reserves. That is an ethical problem, it’s not a political problem. But as we saw after 2008, as we saw after the Great Depression, those ethical problems quickly become political problems. And we have to all think about that. We all have to be thinking about what we are doing in this moment to help those in need.”

Casten might well have been thinking about the Occupy Wall Street protests and encampments that took root all over the United States and in major cities around the world following the 2008 crash. Those Occupy protests galvanized public attention to the trillions of dollars in Wall Street bank bailouts while 10 million Americans lost their homes to foreclosure.

Casten might also have been thinking about the recent Black Lives Matter protests that have, in some cases, ended up with bank branches being burned and major retail chain stores looted. Or he might have been contemplating the words of the 19th century abolitionist, Frederick Douglass, who said: “Where justice is denied, where poverty is enforced, where ignorance prevails, and where any one class is made to feel that society is an organized conspiracy to oppress, rob and degrade them, neither persons nor property will be safe.”

One of the witnesses at yesterday’s House hearing was Dr. William E. Spriggs, Chief Economist of the AFL-CIO and Professor of Economics at Howard University.

“Despite slight improvements in May and June from the records reported in April, we remain in the worst crisis the American labor market has faced on record. We face this dilemma, because the United States chose as its labor policy in response to the need to reduce human contact in fighting the Coronavirus to lay-off workers and use the unemployment system, rather than the policy most other industrialized nations pursued, which was to retain workers in place and subsidize employers’ that needed to shut down or reduce hours to be in compliance with social distancing…

“Rather than push workers into unemployment, other industrialized nations chose to subsidize the wages of workers and keep them connected to their employers…in most other countries, worker dismissals carry costs, and so unlike in the United States, policies to help with retention are received as very cost effective. New Zealand made greatest use of this type of program, covering about two-thirds of their workers, France over half their workforce were eligible, though only about a third actually were paid and Germany and Great Britain both covered about thirty percent of their workers. Through May, France, Italy and Germany remained with their unemployment rates in single digit levels….”

The most heavily affected industries according to Spriggs’ research are food and drinking establishments, hotels and amusement parks. 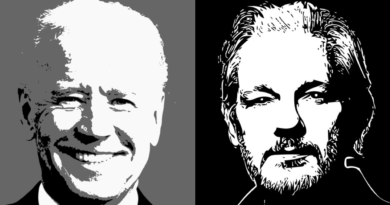 Metals Prices: Who to Believe