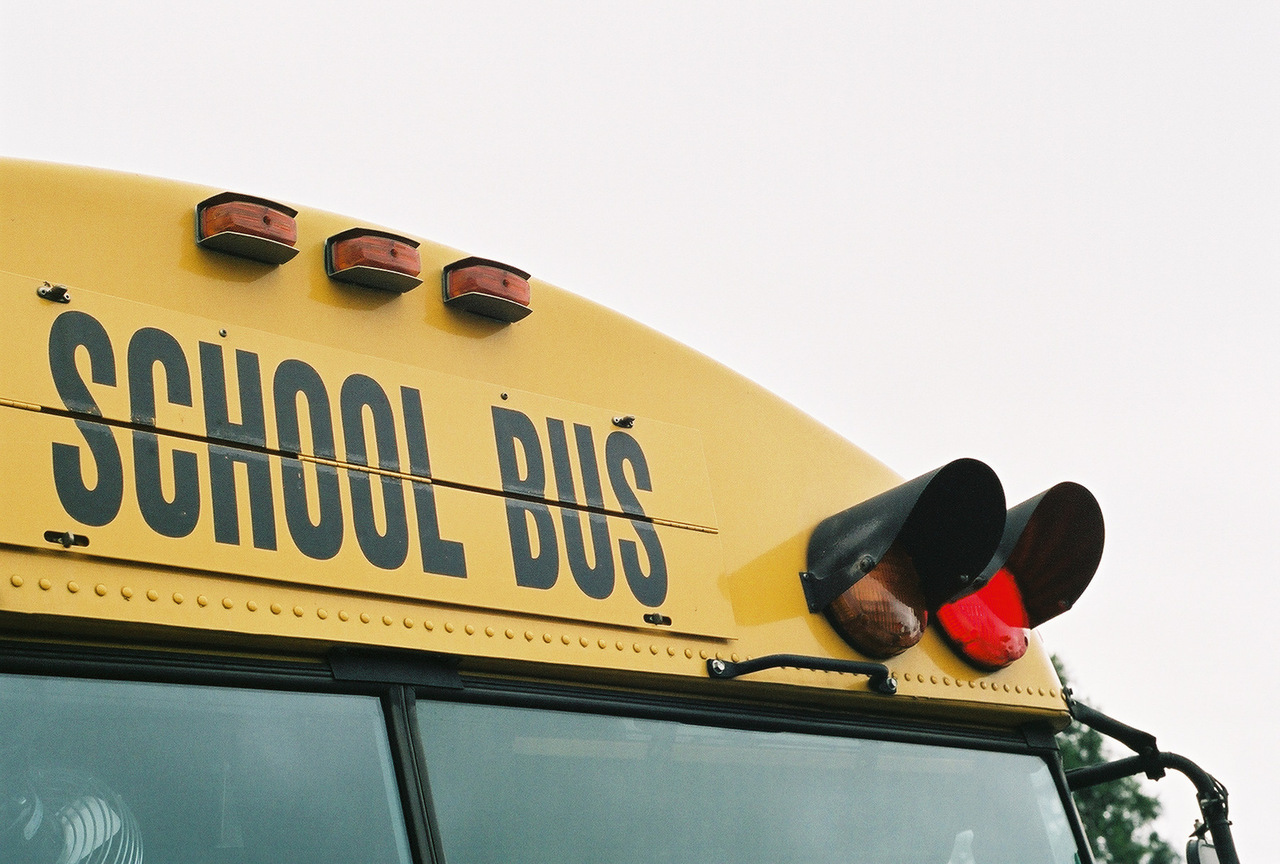 Back to school should be around the corner…in a typical year. But in 2020, authorities are insisting upon yet another ‘new normal.’ Definitive answers from officials are elusive, and any semblance of consistency is hard to come by.

As it stands, Sunday, July 19, plans are all over the map, if a map exists for what school will look like this fall. A hodgepodge of make-it-up-as-we-go-along decisions by schools has produced various shades of dystopian realities for unfortunate kids and their harried parents entering the new school year.

Tufts University will be testing students for Covid twice a week; staff who interacts with students will be tested at least once per week. In what the university president calls ‘a real game-changer,’ Tufts is one of many higher learning institutions that plan to work with the Broad Institute of MIT and Harvard University this fall to do campus-wide COVID-19 ‘surveillance testing.’

Throughout the USA, testing turnaround times have lagged. The two top companies, LabCorp and Quest Diagnostics, recently announced “at least seven days” and “four to six days” for results, respectively.

As testing time lags nationwide, questions remain whether MIT’s Broad Institute can deliver on their promise of returning test results “within about 24 hours of receipt”—remember, we just learned they’ll have to juggle multiple campuses now too, testing students twice a week.

Meanwhile, in Massachusetts, Boston University plans to use its on-campus lab to test its students.

Will students dutifully submit to testing twice per week? How will the schools track compliance? What will the penalties be for not complying? What happens to those who test positive? Has the FDA evaluated the tests under its emergency use status?

The elephant in the room for colleges on a micro level and the whole of America on a macro level is that even the most successful tests still make a ton of mistakes. All tests regularly produce both false positive and negative results. It isn’t good.

The U.S. Centers for Disease Control and Prevention’s (CDC) Interim Guidelines for COVID-19 Antibody Testing explicitly states: “Serologic test results should not be used to make decisions about grouping persons residing in or being admitted to congregate settings, such as schools, dormitories, or correctional facilities.”

Meanwhile, many colleges and universities are switching to partially or entirely virtual class offerings. This, accompanied by several other social downgrades to campus life, all while refusing to lower their tuition. Students and parents are left to question what type of educational experience they are really paying for.

Writing in The Hill op-ed after the hearing, Paul states, “…[in Europe] Twenty-two countries have reopened their schools and have seen no discernible increase in cases. As I presented this morning to Dr. Anthony Fauci during a Health, Education, Labor, and Pensions Committee hearing, there was no surge when the schools opened. This included data from Austria, Belgium, Denmark, France, Germany, and the Netherlands. Contact tracing studies in China, Iceland, Britain, and the Netherlands failed to find a single case of child-to-adult infection.”

Another compelling dynamic for parents and their children in public schools: In a typical year, 3% of students are homeschooled. A recent nationwide survey of 1,000 parents commissioned by Varsity Tutors found nearly half (47%) are considering homeschooling during the 2020-2021 school year.

The survey also found that 43% do not believe their children will attend in-person classes this fall, while 48% of parents may not send their children to school, even if school is open.

Despite parents hoping to opt their children out of the authoritative and restricting school experience states have planned, it may not be that easy for some.

Fox News has reported that parents in several states nationwide are “shocked” to find they can’t withdraw their children from public school, the largest U.S. legal organization for homeschool families told Fox News.

T.J. Schmidt, a lawyer for the Home School Legal Defense Association (HSLDA), told Fox News, “We see this across the country… I’ve had school officials attempt to prevent or dissuade parents from pulling their kids out.” The Reasons? Not enough staff to process all the withdrawal paperwork from lowered enrollment, leading to a loss of funding, appears to be behind the school’s actions.

Some cities are showing opposing reactions by defaulting school altogether. In a home/public school hybrid approach, schools in Los Angeles, San Diego, and Atlanta will begin their school years entirely online with other cities considering a similar approach. Thereby the schools can keep their funding because enrollment won’t plummet, and parents technically have kids at home for school. However, the curriculum is still that of the public education system.

President Donald Trump has, on multiple occasions, weighed in on the matter. Last week in a tweet, he stated, “In Germany, Denmark, Norway, Sweden, and many other countries, SCHOOLS ARE OPEN WITH NO PROBLEMS. The Dems think it would be bad for them politically if U.S. schools open before the November Election, but it is important for the children & families. May cut off funding if not open!”

“I disagree with @CDCgov on their very tough & expensive guidelines for opening schools. While they want them open, they are asking schools to do very impractical things. I will be meeting with them!!!”

NPR recently learned that the CDC wouldn’t be releasing a set of documents expected this past week, which would have given schools info on how to prepare to reopen. No excuse was given by the agency.

With no clear picture of when the CDC will get around to releasing its guidance, the delayed-release from a do-nothing agency with school openings just around the corner is another mark against them during the coronavirus crisis.

Right on cue in a conversation with Facebook CEO Mark Zuckerberg on Thursday, Dr. Fauci is now warning it will take ‘months to a year or more’ to know whether lingering COVID-19 symptoms in young people could be chronic illnesses. Some young coronavirus patients “can be knocked on their back and brought to their knees pretty quickly,” Fauci said.

Perhaps the final word on getting kids back to school may have been from former chief of neuroradiology at Stanford University Medical Center, Dr. Scott Atlas, who recently told Fox News there are ‘zero excuses’ to keep children from returning to schools in the fall.

There is virtually zero risk for children getting something serious or dying from this disease. Anyone who thinks schools should be closed is not talking about the children. It has nothing to do with the children’s risk,”

For better or worse, questions and realities around school starts will be revealed very soon. Next to the economic reopening, the new school year will likely provide more examples of the relentless attempt to inflict a so-called ‘new normal,’ as tracking, surveillance, and obsessive officials try to take a more central role directing our lives. 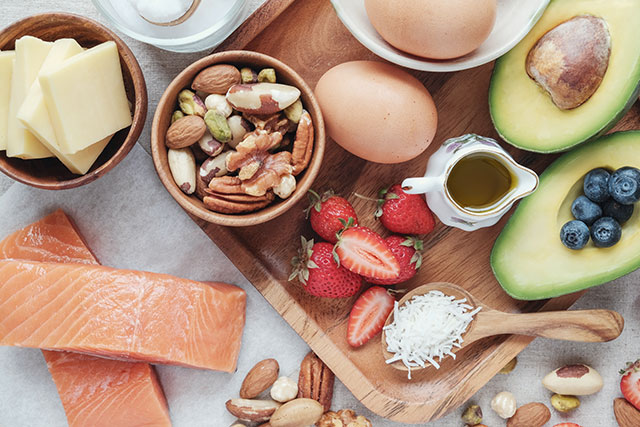 5 Tips for a successful keto diet 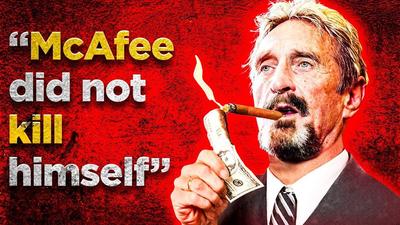