Ethiopian Airlines told Bloomberg in an emailed statement that the freighter “was on regular cargo service from Shanghai to Sao Paulo-Santiago.” The statement said the plane’s crew and ground workers are safe and no injuries have so far been reported. Local authorities are investigating the incident, the airliner added.

Photos and videos of the incident are circulating on Chinese social media. The fire appears to have started on the main cargo deck and burnt through the fuselage. 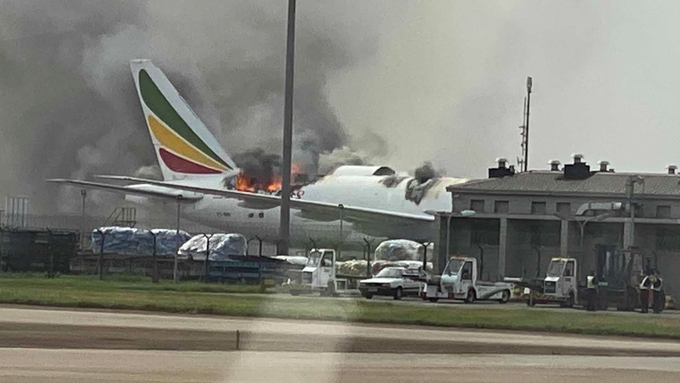 Here’s an up-close video of the Boeing freighter on fire.

Yet another video of the burning Ethiopian 777F ET-ARH at Shanghai Pudong Int’l Airport. A fire truck drove pass right in front of the camera. The background voice is a commercial in the radio. #AvGeek pic.twitter.com/BQ7c4hImji

Twitter handle Phil Heard tweeted a similar incident that occurred on an Ethiopian 787 Dreamliner back in 2015.

Shades of Heathrow in 2015 when a short circuit caused a fire on an Ethiopian 787 Dreamliner parked off stand. That was salvageable. This 777, no… https://t.co/Stu6sYdlaE pic.twitter.com/ctMV0Bumy6

Twitter handle FATIII Aviation tweeted, “no aircraft taking off or approaching at the moment” at Shanghai Pudong.

#Breaking latest NOTAM showing all 4 runways at Shanghai Pudong is currently closed. No aircraft taking off or approaching at the moment. #AvGeek pic.twitter.com/H1WhpgW6xU

Boeing shares are lower on Wednesday premarket as an overnight report via The Wall Street Journal said passenger flights of its 737 Max won’t resume until early 2021. 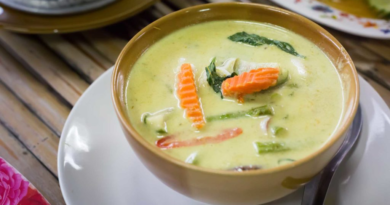