Your Body Can Produce Its Own Sunscreen, Study Confirms 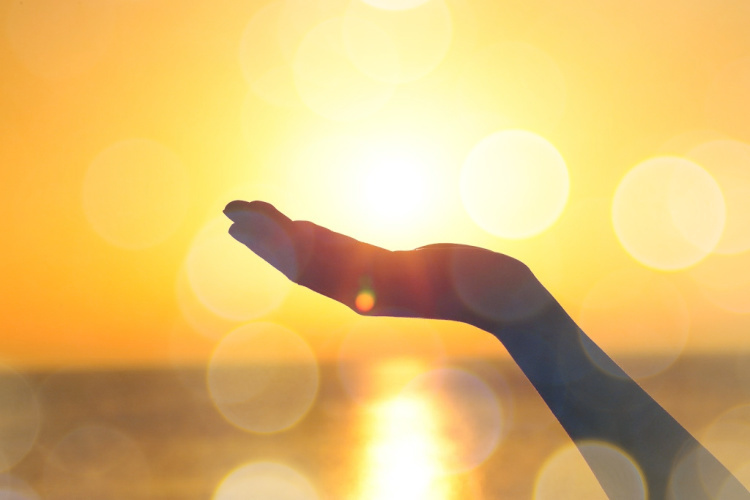 According to a study published in April 2020 via the journal Nature Communications, genes present within the human body are capable of not only producing Vitamin D when the body is hit with sunlight, but the genes also have the potential to produce a natural sunscreen.

You read that right: the human body is to a certain extent capable of producing its own sunscreen, thanks to some of the same genes that assist with Vitamin D production.

But what about skin cancer?

However, is it possible that back in the last several decades of the 20th century, when so many people were getting skin cancer and having holes cut out of their backs to treat it, that sunlight wasn’t the primary agitating factor?

Some believe that environmental carcinogens in household products, pesticides, herbicides, and the like had more to do with skin cancer back then than sunlight.

Supplementation of Vitamin D is more difficult than some vitamins, with a proper balance to Vitamin A necessary, to really get its full benefits if consumed via a supplement. Cod liver oil is said to be a great Vitamin D supplement, because of its natural balance between Vitamin D and Vitamin A.

However, if you live in a sunny enough place, your Vitamin D levels might be better off if you sit in the sun for a while each day.

Here’s what that study says

In the study published April in the journal Nature Communications, the genotype (genetic composition of a person) was analyzed by researchers, in addition to other clinical information, of 417,580 people registered with the UK Biobank.

The UK Biobank is a study that is ongoing in the United Kingdom, with the stated goal of making advancements at preventing, diagnosing, and treating a variety of diseases and illnesses.

Their conclusion was that about 143 gene locations were linked to the concentration of Vitamin D, constituting 137 more genes than they were even aware of prior to the several year-long study.

“Vitamin D is the sunshine hormone, and we need bright sunshine on the skin to make it, but variations in our genes also influence how efficient we are at doing that,” said the conjoint professor at the Queensland Brain Institute in Australia, John McGrath, M.D., Ph.D. in a press release.

“Our findings suggest that genetic variants in the HAL (histidine ammonia-lyase) gene can vary the concentration of a small molecule in the skin which acts like an internal Sun Protection Factor, or SPF.”

The researchers concluded that the molecule in the skin capable of acting like sunscreen absorbs UVB light, which triggers the production of Vitamin D as well.

McGrath noted that everybody possesses these genes, the UVB light/Vitamin D genes, and the varying concentrations of it in our skin control both the amount of sunlight protection an individual has and their potential to produce the vitamin.

The genes also create proteins in the skin, but variants of the genes exist, researchers said to Runner’s World. “Some people have variants that make less internal sunblock, so it is slightly easier for these people to make vitamin D,” McGrath continued.

The researcher continued to explain that they found variations in enzymes responsible for creating and breaking down Vitamin D, as well as carrier proteins tasked with the transportation of it.

They found a litany of variations in genes related to the skin and lipid production, with a multifaceted set of factors influencing vitamin D production.

This doesn’t mean you should never wear sunscreen.

If you are going to be out in the sun for long periods of time, then you’ll want to protect yourself against sunburns.  Not only are they painful but they could be a precursor to skin cancer.  Don’t reach for the SPF 45 from the nearest drugstore.  These products can actually cause the cancer they purport to protect you from.

The Environmental Working Group released some shocking information when they performed a study that the FDA should have performed.

Some sunscreens absorb into the blood and raise safety concerns. Our review of the technical literature shows that some sunscreen ingredients absorb into the blood, and some are linked to toxic effects. Some release skin-damaging free radicals in sunlight, some act like estrogen and could disrupt hormone systems, several are strongly linked to allergic reactions, and still others may build up in the body or the environment. FDA has not established rigorous safety standards for sunscreen ingredients.

After 29 years of debate, the government has failed to set mandatory sunscreen safety standards. Companies are free to make their own decisions on everything from advertising claims to product quality. In lieu of setting final standards, the Food and Drug Administration (FDA) advises people to stay out of the sun from 10 am to 4 pm. FDA now stands in direct violation a Congressional mandate requiring the agency to finalize sunscreen safety standards by May 2006, flouting not only Congress but also consumers, who are reliant on sunscreen to protect their health.

According to Dr. Mercola, if your sunscreen contains any of the following ingredients, it is toxic and potentially life-threatening:

You can protect yourself from sunburn naturally through several measures.

What do you think?

What do you think about this? Do you use sunscreen? If so, what kind? Do you think that the sunscreen industry has been harmful? Share your thoughts in the comments below.

Cassius K is a writer from North Highlands, California.

Why Radical Greens View People As A Scourge On The Planet

Is The Dollar Standard Slipping Out Of Control?