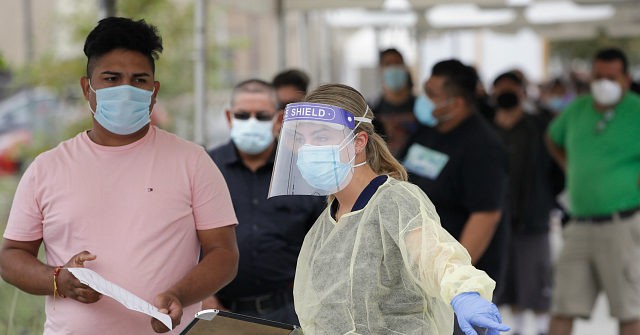 The total number of confirmed novel coronavirus cases in California, standing at nearly 425,600 as of Thursday evening, exceeded cumulative infections in any other state, including in fellow Democrat-run New York, once the epicenter of the pandemic, according to several tallies analyzed by Breitbart News.

As of Thursday, the cumulative confirmed case count in California is about four percent higher — or 15,903 infections higher — than the 409,697 in NY, data maintained by the COVID Tracking Project shows.

California overtook New York, the fourth most populated state, as the region with the most cases on Wednesday. This came even weeks after the coronavirus outbreak shifted its focus from the Northeast and Midwest to the South and Southwest.

The number of newly confirmed cases across the U.S., which have yet to parallel the lower growth in new daily deaths, appeared to stabilize in recent days after weeks of record spikes.

Over the past month, the number of cases increased by over 20 percent per week, Axios noted, but this week, the rise went up by a modest seven percent.

Still, the U.S. has reportedly plateaued at a significantly high rate of infection, reaching historic levels of single-day confirmed cases in recent weeks.

Unlike the COVID-19’s (coronavirus disease) ongoing first wave that began in the Northeast and Midwest, the seven-day average of daily deaths in the United States is much lower now, suggesting that, so far, more people are contracting the disease without succumbing to it.

Consistent with the situation in several Democrat-run Northeast states, New York remained home to the highest cumulative number of deaths, at over 32,654 as of Thursday, which is more than four times larger than California’s estimated 8,185 fatalities, Worldometer revealed.

Overall, the Northeastern part of the U.S. continues to house the top three states with the most cumulative deaths as of Thursday, even after the virus continues to ravage the South and Southwest in recent weeks.

Most of the states with the top number of total deaths — NY, NJ, MA, CA, IL, PA, MI, CT — are still those governed by Democrats. Many of those are among the ten most populous in the country as well.

The CDC recently collected antibody samples in several regions across the country between April 25 and June 7 and found the cases were between two and 13 times higher than initially reported. That suggests that, at least so far, more people are contracting the disease without dying.

In a different assessment, the CDC reported that its “best estimate” for the IFR in regions across America stood at 0.65 at the end of June, lower than the mortality rate projections of two to four that prompted the initial lockdowns. However, the rate is higher than the seasonal flu’s 0.1 percent, but between 70 to 85 percent lower than initial projections.

The ongoing spike in cases is part of the geographic shift of the first virus wave that began in the Northeast and Midwest early this year and moved to the South and Southwest.

On Wednesday, California recorded its highest single-day number of cases at over 12,100, more than any other state, Worldometer said.

The following day, GOP-run Florida, the third-most populated U.S. state recorded more infections (10,249) than any other, followed by California (10,032) and Republican-governed Texas (9,402), the second-most populated.

On Thursday, California also reported the highest single-day number of deaths (157) since the pandemic began, the Covid Tracking Project noted.

According to the seven-day rolling average of deaths, which accounts for the daily changes in the daily figures, the fatalities are beginning to creep up across the U.S.

OK, well, now our daily update is published. States reported more than 70k cases for the 4th time ever. Hospitalizations are near their all-time high (with the previously noted caveats). More than 1,000 deaths were reported for the third day in a row, after 55 days sub-1,000. pic.twitter.com/5kAX6zv9nl

There is a lag of about three weeks or more between infection detection and death, so the fatalities could increase.

The ongoing COVID-19 spread is primarily concentrated in the South and Southwest parts of the United States.

The governors of most of those states — FL, TX, GA, TN, AL, and AZ — are Republican.

This month, local news outlet Fox35 found that labs have inflated the number of cases in Florida, but it is unclear if the numbers reported by the state reflect those claims.

Editor’s Note: Breitbart News updated some of the infection data for states to reflect new data that became available from Worldometer late Thursday after the story was originally filed. 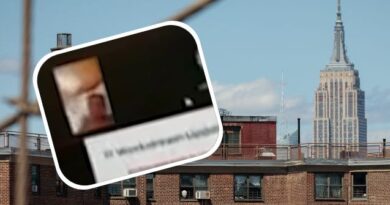 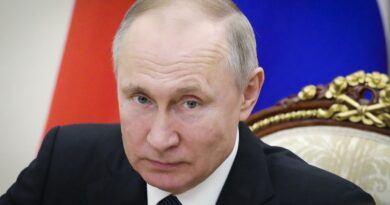