Do you smell that? COVID fear is in the air…again. It emanates from multiple fronts.

After trying to frame the donning of masks as ‘patriotic,’ President Trump announced he was canceling his Jacksonville, Florida convention. “I looked at my team, and I said the timing for this event is not right. It’s just not right. To have a big convention, it’s not the right time,” he said.

The U.S. is seeing some cities ordering new traveler quarantines, and mayors are urging residents to wear masks, even in the confines of their own home. New York state has instructed people traveling to the tri-state area from 31 U.S. states that they must self-quarantine for 14 days.

Fear! Is this the dreaded second wave?

In early April Stanford University professor of medicine and epidemiology, Dr. John Ioannidis,  published research on COVID. It concluded, “People <65 years old have very small risks of COVID-19 death even in the hotbeds of the pandemic and deaths for people <65 years without underlying predisposing conditions are remarkably uncommon.”

At the same time, Anthony Fauci held up New York as the model saying they “did it correctly.”

So, where are we now? Reports of surges in Florida and Texas are dominating headlines.

According to data from the U.S. Centers for Disease Control and Prevention (CDC), “For 6% of the deaths, COVID-19 was the only cause mentioned. For deaths with conditions or causes in addition to COVID-19, on average, there were 2.6 additional conditions or causes per death.“

On a call with reporters last week, CDC director Robert Redfield stated,” Our best estimate right now is that for every case that’s reported, there actually are ten other infections…“

Redfield also admitted, “This virus causes so much asymptomatic infection. The traditional approach of looking for symptomatic illness and diagnosing it obviously underestimates the total amount of infections.”

If Redfield’s estimates were correct, that would catapult the number of asymptotic, recovered individuals through the roof. It might even help quell the new-found hysteria.

Florida’s Alachua County Chronicle local news reported that despite the rise in reported cases in the state, the death rates for people who tested positive for COVID in June and early July were much lower than in April.

Drawing from the Florida Department of Health Covid-19’s case line data, the outlet writes, “The overall rate has dropped dramatically since the start of May. The 65+ rate has been dropping since mid-April and started dropping even faster after May 27. Note that these graphs stop with people who tested positive on July 10, allowing two weeks for the cases to resolve.”

Florida health officials have also endured a barrage of damning headlines in the recent headwinds of COVID-positive tests.

Scores of people in the state have come forward, saying they are receiving positive test results despite never being tested. Gov. Ron DeSantis told ABC News he’s “heard it enough to be concerned about it.” Yet his office still doesn’t have an answer as to why it’s happening, and he has asked for the public’s help to come forward and give details to correct the counts.

Orlando’s FOX 35 found that Orange County Health recently listed two deaths of individuals in their 20’s. When questioned, a spokesperson revealed that one, who was listed as a COVID death, had died in a motorcycle accident.

The official then attempted to rationalize, “you could actually argue that it could have been the COVID-19 that caused him to crash.” It took a full two days after media ran the story for the Florida Department of Health in Orange County to review and remove the case from its official COVID count.

Meanwhile, numerous labs in Florida are reporting positive COVID test rates as high as 100%. That means everyone they test is positive. How could this be?

Former senior associate at the Rockefeller University in New York, Knut Wittkowski, Ph.D., told The HighWire the virus came before the lockdown. So when the state’s lockdown happened, the virus had already spread, and the population was “already on our way to having herd immunity – the lockdown didn’t do anything.”

Looking at Southern and Western America, the lockdown came earlier in relation to the virus, which ‘flattened the curve’ according to Wittkowski. He pointed out, “now we will see the infections delayed are happening now.”

To Wittkowski’s point, Hoover Institution fellow Dr. Scott Atlas also gave a “causally optimistic’ view to the current case rises seen in new areas of the U.S. and how we should approach them.

It is not debatable that the U.S. social response to the ‘first wave’ has dealt a crippling blow to our economic engine and the middle class for the foreseeable future. The country is struggling with record unemployment, food insecurity, supply chain disruptions, and mental health crisis experts are warning of record deaths of despair.

Myopic health officials with dubious financial incentives to hold out for a vaccine (like Fauci) have excluded the harms to finance, business, economy, and well-being when directing the country’s COVID response. Rational minds must prevail to navigate this juncture of the COVID crisis – the future of the country and its people depend on it.

Speaking on the Covid-19 narrative, the website Off-Guardian.org writes, “Every dystopian novel has an unwritten, unspoken prologue, and it’s now. A moment in time like the one we’re facing – where people had to choose between doing what they’re told and thinking for themselves…and they chose wrong.“ 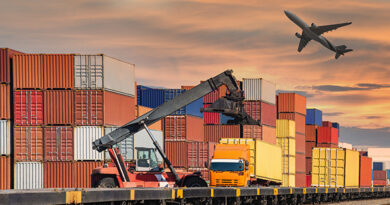 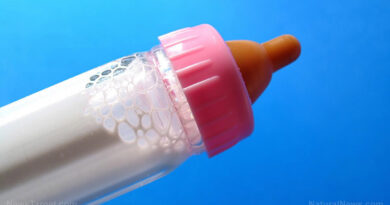 FDA, Abbott Labs both to blame for the ongoing baby formula shortage 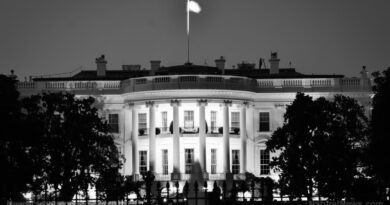 The Hagmann Report: Doug Hagmann and Steve Quayle talk about betrayal of America and its people