Trump Has No Legal Authority to Delay US November Elections

On Thursday, he claimed that US November 3 elections “will be the most inaccurate & fraudulent…in history (sic),” adding:

“Delay the Election until people can properly, securely and safely vote (sic)???”

Trump objects to mail-in voting other than by absentee ballots.

No evidence suggests this method would be “inaccurate & fraudulent.”

It would likely be more reliable than easily manipulated corporate electronic voting machines.

“This is America (True). We are a democracy (False), not a dictatorship” — False based on US police state rule that’s heading toward full-blown tyranny if abandonment of the rule of law discards it altogether ahead.

Ho explained that “(t)he Constitution empowers Congress to set the date of the election, and Congress set that date for November.”

“Nothing President Trump says, does, or tweets can change that fact.”

By law, US federal elections occur on the first Tuesday after the first Monday in November — every two years for House and one-third of Senate members, every four years for president.

Trump’s term expires on January 20, 2021. Nothing he says or does can change it legally.

“The American people will decide this election. And the United States government is perfectly capable of escorting trespassers out of the White House.”

What he left unsaid was that throughout US history, “neither  snow nor rain nor heat nor gloom of night” — nor civil or other wars caused US elections to be delayed or cancelled.

Nor will a Trump tweet, twitterstorm, or other actions.

On November 3, presidential, congressional, state, and local elections will be held as scheduled.

If Biden defeats Trump as polls now indicate, DJT will leave the White House on January 20.

If he contests the election result, he’d likely do it in federal court, perhaps the nation’s highest, and be declared the loser if results certify Biden’s triumph.

It’s the hallmark of fantasy democracy, notably in the US from inception, the nation run by powerful interests controlling things, serving their own interests exclusively.

In spring 2008, ahead of US November presidential and congressional elections that year, Howard Zinn slammed what he called “election madness,” saying:

Campaigns are always the same. “(C)andidates preen and smile and bring forth a shower of cliches with a solemnity appropriate for epic poetry,” adding:

“This (madness) seizes the country every four years because we have all been brought up to believe that voting is crucial in determining our destiny, that the most important act a citizen can engage in is to go to the polls and choose one of the two (candidates for president) mediocrities who have already been chosen for us.”

“It is a multiple choice test so narrow, so specious, that no self-respecting teacher would give it to students.”

Zinn called for directing our time and energy on “educating, agitating, (and) organizing our fellow citizens in the workplace, in the neighborhoods, in the schools” — instead of focuses on campaign promises to be broken no matter which wing of the one-party states is empowered.

“(W)hoever is in the White House (or) Congress,” he called for nationwide activism to “chang(e) national policy on matters of war and social justice.”

Even when one presidential aspirant is marginally preferable to another, the difference is meaningless “unless the power of the people asserts itself in ways that the occupant of the White House will find it dangerous to ignore.”

Franklin Roosevelt was a case in point, Zinn explained.

Early in his tenure, “strikes broke out all over the country…Unemployed councils formed” nationwide.

Ordinary people acted on their own, “defying the police…creating self-help organizations with hundreds of thousands of members.”

Without mass action by Americans nationwide at a time of economic crisis, it’s unlikely that FDR “would have instituted the bold reforms” he and Congress got enacted into law.

“They offer no radical change from the status quo.”

Today’s Dems fail to push for “a government guarantee of jobs to everyone who needs one, a minimum income for every household, housing relief to” avoid evictions or foreclosures, and healthcare for all.

All of the above and more are fundamental human rights.

Instead, both wings of the US one-party state throw trillions of dollars at corporate favorites and the Pentagon at the expense of fast eroding social justice on the chopping block for eventual elimination.

Zinn stressed that Dems only break in part from dirty business as usual when “encountering rebellion from below as in the thirties and sixties,” adding:

No matter who’s elected president and gains congressional control when US elections are held, “capitalist greed and militarism” remain unchanged.

He urged Americans to “free themselves from election madness (and) tak(e) action” for equity and justice not obtainable at the ballot box, adding:

“Historically, government, whether in the hands of Republicans or Dem(s), conservatives or liberals, has failed its responsibilities, until forced to by direct action: sit-ins and Freedom Rides for the rights of black people, strikes and boycotts for the rights of workers, mutinies and desertions of soldiers in order to stop a war.”

“Voting is (no) substitute for…direct action by concerned citizens.”

It’s the only way to achieve transformational change that’s unattainable any other way — never through the ballot box alone in the US and West.

“This is a coup in the making.”

“Voting by mail will not create a risk of fraud. In fact, voting by mail is an absolute necessity to ensure Americans can exercise their franchise amid a pandemic – which Trump has made dramatically worse through his utter incompetence and callous indifference to human life.”

“The real issue for Trump, of course, is Trump. The economy is in free-fall, and Trump is worried about what that means for his electoral prospects.”

My view is that Trump is posturing, not intending to remain in office if defeated in November.

He may contest results if loses, even against the advice of counsel and party members.

Most likely, it would not result in a repeat of a majority Supreme Court ruling for GW Bush, even though later results showed Al Gore won the popular and electoral college vote.

The post Trump Has No Legal Authority to Delay US November Elections appeared first on Stephen Lendman. 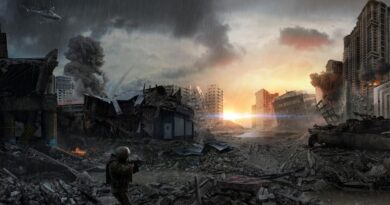 Europe will soon become a Nuclear wasteland as “the woke” West will be crushed for the arrival of the Antichrist! 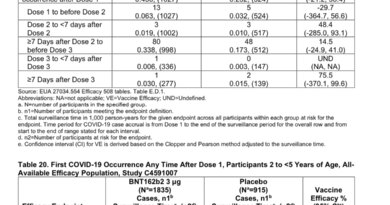 URGENT: OMG the Pfizer data for kids under 5

JUST IN – US household net worth falls over $6 trillion in Q2.