Early Outpatient Treatment of Symptomatic, High-Risk COVID-19 Patients that Should be Ramped-Up Immediately as Key to the Pandemic Crisis 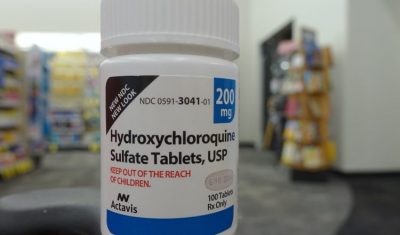 More than 1.6 million Americans have been infected with SARS-CoV-2 and >10 times that number carry antibodies to it. High-risk patients presenting with progressing symptomatic disease have only hospitalization treatment with its high mortality. An outpatient treatment that prevents hospitalization is desperately needed. Two candidate medications have been widely discussed: remdesivir, and hydroxychloroquine+ azithromycin.

Remdesivir has shown mild effectiveness in hospitalized inpatients, but no trials have been registered in outpatients. Hydroxychloroquine+azithromycin has been widely misrepresented in both clinical reports and public media, and outpatient trials results are not expected until September.

Early outpatient illness is very different than later hospitalized florid disease and the treatments differ. Evidence about use of hydroxychloroquine alone, or of hydroxychloroquine+azithromycin in inpatients, is irrelevant concerning efficacy of the pair in early high-risk outpatient disease. Five studies, including two controlled clinical trials, have demonstrated significant major outpatient treatment efficacy. Hydroxychloroquine+azithromycin has been used as standard-of-care in more than 300,000 older adults with multicomorbidities, with estimated proportion diagnosed with cardiac arrhythmias attributable to the medications 47/100,000 users, of which estimated mortality is <20%, 9/100,000 users, compared to the 10,000 Americans now dying each week. These medications need to be widely available and promoted immediately for physicians to prescribe.