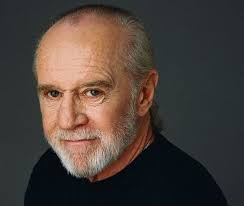 The controversial face-mask wearing and social- distance problem in the US has celebrities getting into the political aspect of shaming people like actor Tom Hanks who recently said that:

“There’s really only three things we can do in order to get to tomorrow: Wear a mask, social distance, wash our hands,”

“Those things are so simple, so easy, if anybody cannot find it in themselves to practice those three very basic things – I just think shame on you. Don’t be a pussy, get on with it, do your part.”

Then Hanks compares driving a car to wearing a facemask to protect you from Covid-19. “It’s very basic,” he continued. “If you’re driving a car, you don’t go too fast, you use your turn signal and you avoid hitting pedestrians. My Lord, it’s common sense.”

Morgan Freeman, is another actor in a video funded by New York State Governor Andrew Cuomo called the ‘Mask-Up America’ campaign with Morgan Freeman, Jamie Foxx, Rosie Perez and other celebrities from Hollywood who are clueless about politics or science are pushing the use of face-masks on public television commercials.

In Governor Coumo’s own words

“We can only beat this virus if we are united as one, not divided by ideology or politics. In that spirit we worked with the best and most creative team to deliver this vital message in multiple ways and in different voices – I wear a mask to protect you and you wear a mask to protect me. It is simple as that. Mask Up America.”

Several studies conclude that face-masks offer little or almost no protection from a contagious virus such as Covid-19, so why do people listen to celebrities who read scripts for a living?

One celebrity who had enough of Hollywood celebrities who preach their version of politics to the public is Ricky Gervais who hosted the Oscars in late January. Gervais called out the Hollywood elite and laid down the truth about what they know about the real world, and that is absolutely nothing:

So if you do win an award tonight, don’t use it as a platform to make a political speech. You’re in no position to lecture the public about anything. You know nothing about the real world. Most of you spent less time in school than Greta Thunberg. So if you win, come up, accept your little award, thank your agent, and your God and fuck off, OK? It’s already three hours long

George Carlin, one of the greatest comedians of all times pulled no punches when criticizing the establishment has one particular video that relates to today’s Covid-19 “Plandemic.” George Carlin was a controversial figure who had an FBI file on him for criticizing the US government, in particular the FBI itself and it’s director at the time J. Edgar Hoover on ‘The Carol Burnett Show’ and ‘The Jackie Gleason Show’:

If George Carlin were alive today, what would he say about Covid-19?  I don’t know exactly, but I have an idea.  Here is George Carlin on germs and the immune system:

Timothy Alexander Guzman writes on his blog, Silent Crow News, where this article was originally published. He is a frequent contributor to Global Research.

All images in this article are from SCN