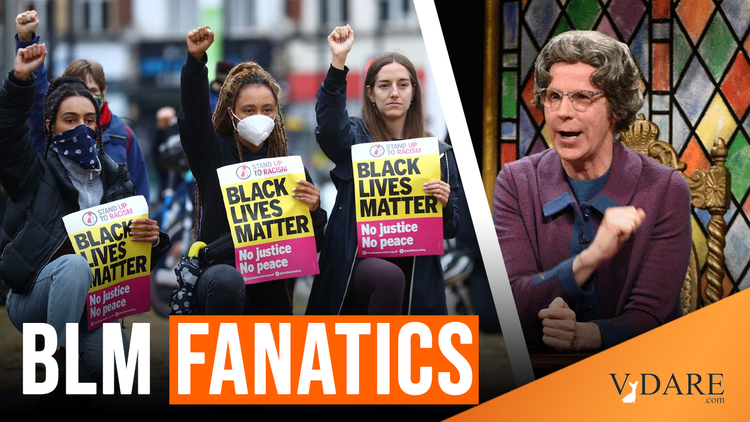 Leftist women seem to be emerging as the “New Church Ladies”, as Jim Goad has called them. In an extraordinary expose, American Conservative columnist Rod Dreher recently reported that even Democrat operatives worry privately that “hard left women” incensed by Hillary Clinton’s defeat have “completely taken over the middle management of the party” and are “allowing their rage to guide them,” for example forcing the firing of a young data analyst, David Shor, simply for reporting evidence that the Martin Luther King riots damaged Democrats in the 1968 election [Big Sister is Watching You, June 24, 2020]. And watched any of the coverage of Black Lives Matter riots will be struck by one unavoidable question: Why are so many of the participants women—especially young women?

I reported a while ago on the evidence that more than 50% of young, extremely liberal females have been diagnosed with depression. There is also evidence that females are far more socially conformist than males. But according to a new study, published by the National Policy Institute, these are but two of a whole of host of factors which help to explain why such a large percentage of BLM protestors are young women.

The study—entitled “The Next Great Awakening” [June 27, 2020] and researched by independent academic Edward Dutton—argues that BLM should be understood as a kind of “religious revival.” It notes that it has all of the central components of traditional Christianity (dogmas, group-orientation, despising the outgroup, even over-detecting agency—evil racists though, rather than God’s presence) except metaphysical belief.

According to Dutton, religiousness, which is significantly genetic, became selected for partly because it reduced stress in the face of “mortality salience”—the realisation that you might die. Charting twentieth-century British history, the author shows that periods of “elevated mortality salience”—such as wars or the possibility of destitution—are always followed by “religious revivals” in which people become intensely devout and have overwhelming religious experiences, which reduce their feelings of stress.

Dutton presents evidence indicating that the kind of people who have such religious experiences, or who go through phases of extreme religiosity, tend to be high in Neuroticism (mental instability, intense negative feelings) and thus prone to depression and anxiety. In such people, these feelings are pushed to such extremes, that they become profoundly religious; an adaptive trait to calm the person down.

Fearing exclusion and ostracism, Neurotic people also tend to be easily caught up in mass movements, such as religious revivals. And these revivals are always dominated by young females.

According to Dutton, part of the reason for this is that females are, in general, more religious than males, Pew Research finding that 70% of American women are “absolutely certain” that God exists, compared to 57% of men.

And why are women more religious than men?

This means they see evidence of feelings in the world itself in a way that autistics, who lack empathy and are usually male and irreligious, cannot.

So, to avoid being cuckolded, men would have selected for religious women.

This would set off a competition to be religious—as a marker of faithfulness—specifically among women. These women would be adapted to a religious-patriarchal system in which they were controlled by men because females who deviated from this did not pass on their genes.

But the new religion with which these young women have been inculcated is Multiculturalism, not traditional Christianity. And, as I have reported before and as the Dutton study also argues, accepting Leftist ideas—rather than conservative ideas and traditional religion—is associated with mental instability.

The result, argues Dutton, is that we would expect females who espoused Multiculturalism to undergo a kind of religious revival in the wake of the Covid-19 mortality salience, in a way that the “traditionally religious” would not. These Leftist females would have all of these religious impulses, but they would be expressed via “Multiculturalism” and, thus, via “Black Lives Matter.”

As Dutton puts it:

“Multiculturalism is the “new religion”—the “new morality”—and thus females would be evolved to want to signal the extent of their adherence to it, being ultimately psychologically adapted to polygamous societies in which they must compete for the highest status males by strongly signalling their religiosity and sexual faithfulness.”

Dutton further notes the evidence that females are higher in mental instability than males and are particularly high in it, relative to males, when they are in the late teens and twenties. This is supposed to adaptive, because it means that they are likely to be anxious about the welfare of their children. But it also means that females—in this specific age group—would be attracted to Leftist ideas (as they are associated with mental instability); would be prone to periods of intense religious fervor; and would very high in “extrinsic religiousness”—that is outward conformity to the dominant religion.

In other words, young females would be especially prone to being sucked into revivals. It is simply that the nature of the dominant religion has changed.

Dutton shows that women born in the 1920s were more religious than men and thus more right-wing, because Christianity inculcated them with traditionalist vales. Women born in the 1960s were still more religious than men, but they were more left-wing, because the influence of the churches had broken down, meaning that female generalized empathy was no longer directed towards traditionalism.

Dutton argues that this breakdown of patriarchal religion will have terrible consequences for females, because they have been selected to live in a patriarchy:

Females are also evolved to a patriarchal society in which decisions tend to be made for them by their fathers and husbands. With the breakdown of patriarchy, it has been argued that we would expect females—especially young females—to make particularly maladaptive decisions. These would include strongly aligning with a religion that seeks to destroy their ethnic group and effectively encouragers them to be childless.

In other words, white females would be attracted to religion that claims that “White Lives Don’t Matter.”

Females do not tend to create and lead religions. But they are religion’s most fanatical enforcers.

And is this nowhere better illustrated than in the BLM movement.

Lance Welton [email him] is the pen name of a freelance journalist living in New York. 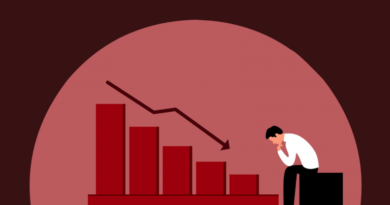 STOCK MARKET COLLAPSE! – THIS IS HUGE! – GREAT RESET AGENDA PLAYING OUT AS PLANNED! 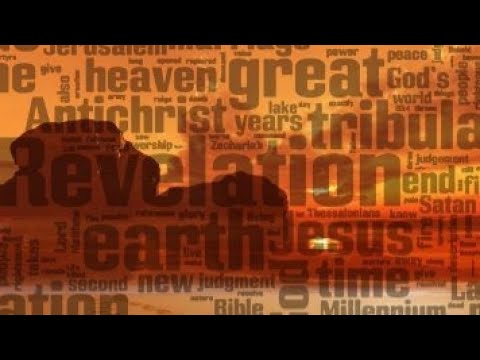 The End of the World is Closer Than You Think that’s why they want to lock us down!!!!