“There is virtually zero risk for children getting something serious or dying from this disease. Anyone who thinks schools should be closed is not talking about the children. It has nothing to do with the children’s risk.”

Dr. Atlas continued: “You either believe the science or not. You can’t insist that you believe in the science and then act contrary to science.”

In May, an investigation by the Journal of the American Medical Association (JAMA) looking at COVID-19 infection rates in children, found that in US and Canadian Pediatric Intensive Care Units, “…the overall burden of COVID-19 infection in children remains relatively low compared with seasonal influenza. It is important to emphasize [this].”

Hooray! Kids can reasonably be expected to return to school! It appeared that a corner was being turned on our way back to normal.

Bzzzzzt! Not so fast. Out of left field, a study appeared warning that suddenly, over the last two weeks in July, kids are testing positive at an ‘alarming’ rate. Corporate media and health officials seized on the study, the only one of its kind, ignoring a litany of facts and inconvenient truths that surrounded it.

The study, conducted by the American Academy of Pediatrics (AAP) and the Children’s Hospital Association, gave a generously sweeping age range for how they defined a ‘child.’ The study writes, “Definition of ‘child’: age ranges reported for children varied by state (0-14, 0-17, 0-18, 0-19, 0-20, and 0-24 years).

The latest numbers from the U.S. Centers For Disease Control and Prevention (CDC) appear to tell a different story—one that continues to echo the previous statements of Dr. Atlas, President Trump’s newest member of the White House’s Coronavirus Taskforce.

The latest update of the CDC’s Provisional Deaths, as reported to the National Center for Health Statistics, examines data from February 1st to August 8th. In the age range of 5-14—perhaps a better cross-section of what would be considered a school-age ‘child’—there were 23 COVID deaths and 51 Flu deaths. More than twice the number of children in that age range died of influenza this year than COVID (even during its peak).

Looking at the total number of deaths in the US from COVID using the Johns Hopkins coronavirus tracker (168,761 at the time of this writing on August 15th,) children would have a .013% chance of death from COVID.

On July 29th, during the time the AAP was conducting their study of COVID cases in ‘children,’ they released a statement saying the organization “strongly advocates that all policy considerations for the coming school year should start with a goal of having students physically present in school.”

More importantly, AAP acknowledged that, “lengthy-time away from school and associated interruption of supportive services often results in social isolation, making it difficult for schools to identify and address important learning deficits as well as child and adolescent physical or sexual abuse, substance use, depression, and suicidal ideation. This, in turn, places children and adolescents at considerable risk of morbidity and, in some cases, mortality.”

Whether to open schools is being greatly influenced by fear generated from one study, an outlier hyped by corporate media, using questionable parameters via an organization (AAP) who is at the same time is ostensibly urging schools to open.

The facts of why schools should open are more sobering. But most media won’t tell you. The AAP, in its letter, rightfully cited “depression, suicidal ideation…. and mortality” as possible upcoming problems, if historical data holds true.

However, there’s plenty of realtime data showing that there should be no argument not to open schools.

According to the CDC’s latest numbers (2017), suicide was the second leading cause of death for the age ranges of 10-14 and 15-24. Well before the world ever heard of the COVID crisis, warning lights were flashing for American teenagers. A study published in June of 2019 by Harvard Medical School researchers showed that from 2000 to 2017, the suicide rate rose by 47 percent among teens age 15 to 19 and 36 percent among those 20 to 24.

America was already leaning into serious mental health headwinds before COVID, much of it at the expense of our children and young adults. No one can deny the overabundance of data and science supporting that grim fact.

The country has just experienced nearly half a year of unprecedented isolation, hardship and stressors that are also undeniable. Much has already been predicted, and come true, about the ‘deaths of despair’ associated with economic downturns – of which America is currently trapped in an unstoppable downward vortex.

To ignore this moment in time, with all its urgently flashing data points begging for ‘science’ and ‘officials’ to consider, and to isolate children and young adults further would be the epitome of public health neglect.

So why are leading officials still balking at opening schools 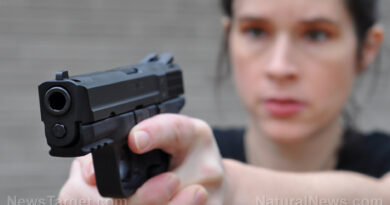 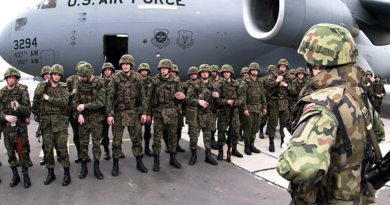