Let’s start where most of the public does. Let’s look at the guidance and talking points of the National Institute of Allergy and Infectious Diseases (NIAID) director Dr. Anthony Fauci, as repetitively forced upon us by corporate media. Everyone sees the cracks in the facade now. It’s mainstream.

Speaking recently with ABC News Healthline, Fauci said, with his usual flair for doublespeak, making sure to never declare a definitive statement:

And for those who choose not to take the someday, maybe coronavirus shot, Fauci added, “They have every right to refuse the vaccine, I don’t think you need a contingency plan,” Fauci said. “If someone refuses the vaccine in the general public, then there’s nothing you can do about that, you cannot force someone to take a vaccine.”

Technically, Fauci is right, using his slick used car salesman vernacular, on not being able to ‘force’ vaccines on the public. Not in the true dystopian sense of the statement, at least.

But what has been done to Americans, and those within several other countries, is a methodical removal from ever functioning in normal society again if people don’t adhere to increasing government legislation ‘mandating’ ever-increasing numbers of vaccines.

Attendance to public school, social welfare safety nets, employment, and travel are but a growing list of general ‘freedoms’ many have been denied access to because they won’t take vaccine schedules in perpetuity.

So will an eventual COVID vaccine be forced through coercion? Days after Fauci’s mandatory vaccine feint, Virginia State Health Commissioner Dr. Norman Oliver came right out and said it – he’s planning on mandating the shot once one is made available to the public.

Now remember, we are supposed to believe that COVID-19 is more dangerous than the flu.

Once again, if we believe the corporate media and their single, myopic talking points, often sans data, COVID-19 is much more dangerous than the seasonal flu. Anyone offering evidence to the contrary gets labeled ‘misinformation,’ or called a conspiracy theorist and met with swift censorship from Big Tech social media’ fact-checkers.’

Nevertheless, in May, an investigation by the Journal of the American Medical Association (JAMA) looking at COVID-19 infection rates in children, found that in US and Canadian Pediatric Intensive Care Unit:

“…the overall burden of COVID-19 infection in children remains relatively low compared with seasonal influenza. It is important to emphasize [this].”

They literally wrote, “It is important to emphasize this.” But the corporate media has done the opposite. They’ve ignored it.

Look at what just happened in the Commonwealth of Massachusetts. Overnight, the state’s Department of Health declared it mandatory for children ages 6 months to college age to be vaccinated with the flu jab. Was there a bill? Did the people get to vote on this new overreach?

Not in Massachusetts. Previously, the Massachusetts legislature deferred the task of deciding new vaccines to the state health department. The health department, when writing the rule to implement the law, gave themselves the latitude to add any vaccine on the Advisory Committee on Immunization Practices’ (ACIP) recommended schedule.

ACIP has famously ‘recommended’ vaccines backed by little, if any, science such as the hepatitis B vaccine HEPISLAV-B in 2018. ACIP also flatly ignores more than a decade of scientific proof that shows aluminum adjuvants in vaccines (such as the HPV) can have far-reaching health issues.

ACIP’s parent agency is the U.S. Centers for Disease Control and Prevention (CDC). The CDC recently conceded after months of false claims and objections, that it could not find and has not conducted a single study comparing health outcomes between vaccinated and unvaccinated children.

Kids can be exempted from the new Massachusetts school flu mandate using medical or religious exemptions or if they are homeschooling. However, according to data compiled by the National Vaccine Information Center’s (NVIC) advocacy portal, which tracks vaccine legislation across America in every state, Massachusetts has two active bills currently tabled.

One is working to remove religious exemptions, and another is working to take medical exemptions away from a doctor’s discretion (eliminating the doctor-patient relationship) and into the hands of faceless bureaucrats.

All corporate media reporting omits these bills, whose sessions resume in 2021, which, if signed into law, would essentially leave only homeschooling as an option (with a very narrow medical exemption bestowed by the government), for kids choosing not to vaccinate in the state.

NVIC Advocacy Team released this statement on the Massachusetts mandate:

“Our recommendation would be for people to contact their state legislators and request their help in either asking the health department to voluntarily remove this new requirement for the flu vaccine and if the department fails to do so, take legislative action to not only remove the flu vaccine mandate, but restore the power to amend the required schedule back to the legislature so elected accountable officials are the ones deciding what vaccines are required for school.

Families that don’t want their children to receive the ﬂu vaccine should let their legislators know about the poor historical performance of the vaccine and the prevalence of side effects, as evidenced by the large number of claims to the Vaccine Injury Compensation Program (VICP). Massachusetts does not have a philosophical/conscientious exemption, just medical and religious.”

Under the cover of the COVID crisis, government agencies and health departments are creating mandates, by proxy, for The People. Throughout the American experience, elected representatives of The People would jockey to create protections or defeat intrusions upon personal liberties as directed by those who put them in office. This is something different. Much different.

A dangerous new leaf has turned in the Commonwealth of Massachusetts. 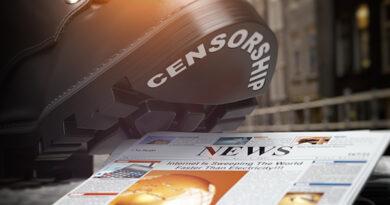