A day ago, we warned that a deal for Chinese tech upstart ByteDance to sell TikTok probably wouldn’t be happening anytime soon, despite a flurry of reports from CNBC and elsewhere warning that a deal could be announced within a matter of hours. Beijing had made its feelings known by throwing up a roadblock to a sell late on Friday afternoon when nobody was watching. Then last night, WSJ put all the pieces together in a report published on Tuesday.

According to WSJ, which cited an anonymous source close to Beijing’s thinking, the goal of China’s latest attempt to obstruct the deal was simply to delay it, not scrap it completely (since the gaggle of bidders in the US have helped drive up the price to down-right frothy levels).

A delay, WSJ’s “insider” source explained, would create an opportunity for the Chinese government to have a say, as well as to subject the deal to a level of Chinese government scrutiny similar to that imposed by CFIUS. This in turn would help Beijing bolster the narrative that the US’s claims about Chinese companies being a ‘national security threat’ are nothing more than shallow hypocrisies, as Beijing uses the opportunity to review the deal as an opportunity for grandstanding and slamming Washington.

Now, Reuters has published a follow up, expanding on Tuesday’s report, where it explained that ByteDance and its many suitors – including Microsfot-Wal-Mart, Oracle, etc – are exploring options for satisfying China’s new restrictions, or selling TikTok without its powerful ‘core algorithm’. As talks flounder, ByteDance and the TikTok suitors are exploring four potential alternatives that might allow them to expedite a sale.

Buying TikTok without the algorithms would be like buying a fancy car with a cheap engine, WSJ said. A large chunk of TikTok’s value is tied up in the algorithm.

The two sides could negotiate a deal with CFIUS to allow TikTok’s buyer a transition period to use the algorithm for up to a year, even though it would still be owned by ByteDance. This would require support from CFIUS/the administration.

This means simply getting China’s permission to sell the technology in accordance with the new regulations adopted by Beijing last week. Probably the most probable option.

ByteDance could licensing the algorithm to TikTok’s buyer, which could worry CFIUS, which wants ByteDance to forego any relationship it has with TikTok in the United States.

Microsoft once confirmed that it is in talks to buy the US business of TikTok, along with the antipodean business and Canada. The app has a functionally separate twin called Douyin which works on the Chinese Internet.

What’s funny about the TikTok deal is the 9/15 deadline to get it done else Trump destroys the company. One might believe this to be an ironic countdown

India banned TikTok months ago just as the app was becoming extremely popular in the country. 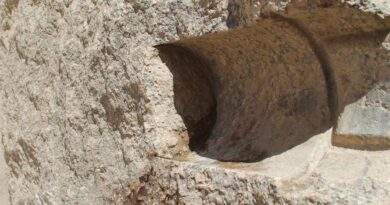 The lost technologies of the ancient Egyptians

Biden Heads To Middle East, Plans To Abase Himself Before Saudi Royals