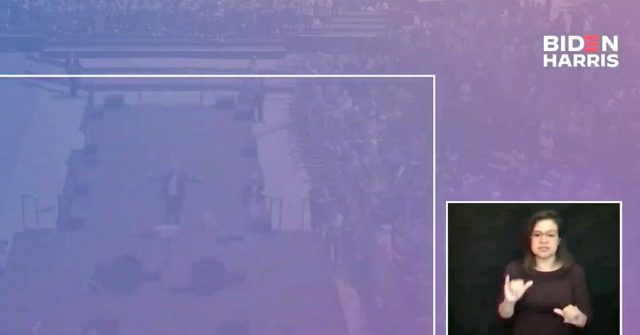 Joe Biden suffered from serious tech issues on Friday in Wilmington, DE, as he attempted to attack President Trump during a speech.

After blasting Trump over a highly criticized, anonymously sourced piece in the Atlantic, Biden turned to the latest economic report, which found 1.4 million jobs were added in August.

“Twenty-eight million people have filed for unemployment and after six months in the pandemic, we’re less than halfway back to where we were with one— 11 million, 11.5 million Americans not getting their jobs back,” Biden said.

“We’re still down 720 thou—” he continued before his video feed disappeared and only the graphic and sign language interpreter remained.

After a few seconds, Biden reappeared from a side angle and kept talking, but there was no audio.

The candidate’s audio faintly appeared from another microphone in the room. It all eventually returned, nearly a minute after it began.

Biden’s campaign was hit with tech problems earlier this week, as well.

He spoke for a full minute before his audio finally came on:

During the same appearance, the technology glitched and showed him repeating “ right-wing militias” six times before the network cut to CNN anchor Brianna Keilar, who said, “Alright, we’re having some technical difficulties there with Joe Biden’s remarks.”

They can’t sort out technical difficulties at his campaign stop in Pittsburgh, PA. pic.twitter.com/u3grhOwVPW

As Biden said “right-wing militias,” the technology glitched and showed him repeating “militias” six times before the network cut to Keilar, who said, “Alright, we’re having some technical difficulties there with Joe Biden’s remarks.” 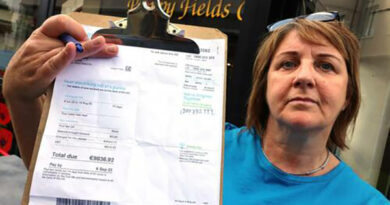 LEFT IN THE DARK: European businesses forced to close as energy prices skyrocket 10 times over

Who Is Killing The Crypto Millionaires?