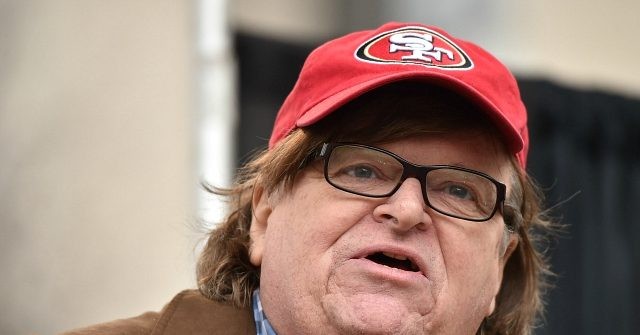 “My friends. This is murder. In the extreme. No American other than Confederate President Jefferson Davis and his General Robert E. Lee has killed more Americans than Donald J. Trump,” Moore said in an “Emergency Podcast Episode” of RUMBLE, referring to the U.S. death toll of the Chinese coronavirus.

Moore told the audience that he felt obliged to provide the emergency commentary following another revelation from Trump’s conversations with journalist Bob Woodward, who claimed that Trump said he saved the “ass” of Saudi Crown Prince Mohammed bin Salman from pressure from Congress following the killing of Washington Post columnist Jamal Khashoggi.

“Think about that. Civil War. 600,000 plus dead. Thank you, Jefferson Davis and Robert E. Lee. We’re heading over 200,000,” Moore said, citing reports that the number could reach 400,000 by Christmas. Notably, the IHME model that the forecast is based on has a pattern of failed projections, as Breitbart News has extensively detailed.

“What if he had chosen to do what any other decent, sane, moral person would have done when informed about this national security threat?” Moore asked, stating that Trump was told the truth about the virus in January but chose to ignore it. The Oscar-winning director failed to mention during his fallacy-filled rant that Trump’s decisive decision to shut down travel from China that same month.

An Emergency Podcast Episode of RUMBLE: “9/11 or… Only the Confederate Army Has Killed More Americans than Donald J. Trump”. My short, impassioned plea for us to act on the danger we all know that we are in.
Apple: https://t.co/uFwOFNka9U
Spotify: https://t.co/dimpksigN2 pic.twitter.com/2LPufg2t7X

While he said it is true that true Trump did not actually kill Americans “with his own hands,” Moore argued that the president still bears responsibly and likened him to Osama Bin Laden.

“I can tell you for a fact that Osama Bin Laden did not fly a single one of those God damn airplanes. So he’s innocent? No. Trump is a mass killer,” Moore stated. “Trump stood down and knowingly allowed 200,000 Americans to die. That is 67 9/11s. Take the dead of this day, take the dead of 9/11, multiply it by 67 times and that’s how many people have died of the coronavirus. Trump knew. So much could have been avoided.”

At the time of the podcast, the left-wing filmmaker said there were just 53 days until “bastard” Trump gets the verdict from the American people and warned progressives to not waste time and energy persuading Trump’s supporters.

“You need to spend all that energy on getting out the people who are probably not going to vote — the people who need to join you and me and remove this son of a bitch,” the Sicko director added.

Michael Moore is far from the only Hollywood progressive to accuse Trump of mass murder in recent days. Pop-icon Cher, in a now-deleted tweet, called Trump a “mass murderer” and floated death as a potential punishment.

“THERE ARE MANY PUNISHMENTS FOR DIFFERENT DEGREES OF MURDER,BUT WHEN SOMEONE “KNOWINGLY “MURDERS PEOPLE… THE PUNISHMENT IS DEATH. Trump’s a mass murderer… hhmm,” she wrote.

Psaki Struggles to Explain How Sanctions Are 'Deterrent' After Putin Acts 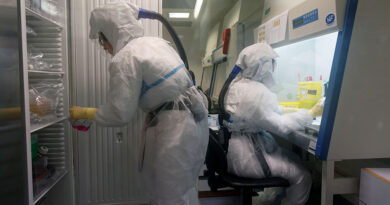