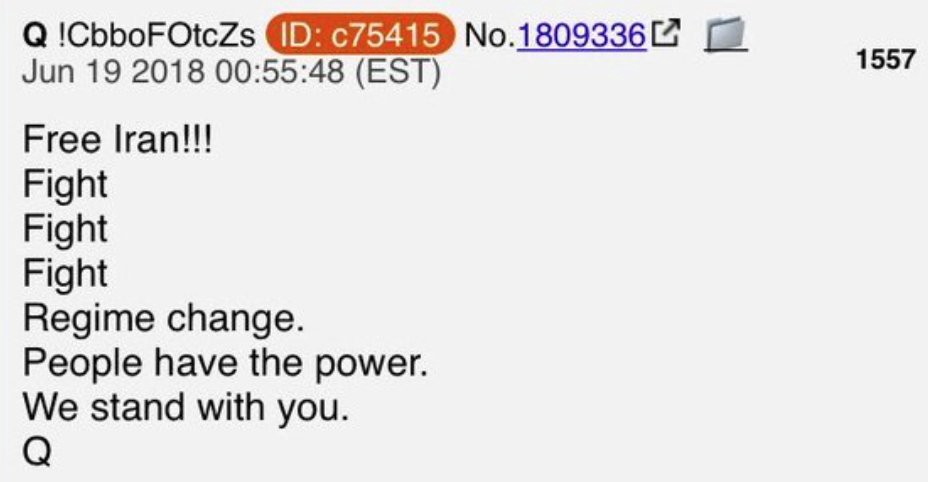 I don’t generally use the term “deep state” anymore, mainly because its proper meaning has been distorted by right-wingers and Qultists to mean basically “Democrats and Never-Trumpers”, and by mainstream liberals to mean something like “a right-wing conspiracy theory about a secretive cabal of Jews who rule the world”. But originally the term simply referred to a concept used for political analysis to describe the undeniable fact that plutocrats and intelligence/defense agencies tend to form relationships with each other in a way that persists amid the comings and goings of the official elected government.

This alliance has certain agendas that it has consistently pushed for, many of them involving the advancement of wars which financially benefit the plutocrats and which secure geostrategic dominance for the intelligence/defence agencies. Trump has been advancing these longstanding agendas with his administration’s regime change interventionism against Iran and Venezuela, world-threatening new cold war escalations against Russia, military expansionism, continuing and expanding of all of Bushbama’s warmongering and Orwellian surveillance programs, the campaign to destroy WikiLeaks and imprison Julian Assange for life, and many other actions which benefit the agenda of global hegemony and the profit margins of war plutocrats.

Every single time Trump advances one of these depraved agendas and I speak out against it, I begin getting angry social media responses from QAnon cultists telling me to calm down and relax, that this is all part of the plan, and that Trump is actually doing the exact opposite of what he appears to be doing. And when I say “every single time”, I mean exactly that, without a single, solitary exception.

QAnon cultists do this every single time because they have been propagandized into doing so, both by the 8chan anon they follow and by the herd mentality of the community that it has fostered. They begin with the baseless premise that Trump is a righteous warrior against corruption, conclude that everything he does must therefore be a righteous maneuver against Deep State corruption, then apply their hive mind to coming up with reasons to believe this. Then they show up in my mentions telling me I’m crazy for believing Trump is doing the things that he is very plainly and obviously doing.

You don’t need to take my word for this. As of this writing right now you can go to the Twitter search bar and type in the words “Assange” and “QAnon” and you’ll get a bunch of posts explaining that Assange is “under protection”, and that imprisoning a longtime target of the CIA and the Pentagon is actually a devastating blow to the Deep State. You can continue to repeat this exact same experiment every single time Trump advances a disgusting warmongering deep state agenda, and every single time you’ll get the exact same results.

This to me is reason enough to be absolutely certain that QAnon and the credulous cult which has sprouted up around it is crap. US presidents are reliably corrupt warmongers and CIA cronies, so the current president acting like one is not surprising or extraordinary. Trying to justify a US president doing the sort of thing that all US presidents always do as a total deviation from the norm for US presidents would be a ridiculous thing to do even one time. Doing it every single time is fully discrediting.

If it looks like a duck, walks like a duck, and quacks like a duck, you could maybe be excused if you mistook it for a rabbit after one quick glance, but continuing to stare directly at a duck and saying “Yeah that’s definitely a rabbit, look at the long ears” over an extended period of time would mean you’re a bullshitter.

A year ago I tweeted out that I was thinking of writing an article about QAnon and asked its adherents for their very best links/screenshots proving its legitimacy. Go ahead and have a read of the kinds of responses I got by clicking this hyperlink if you’re curious. No one came remotely close to providing anything like the evidence I’d asked for, with most responses falling along the lines of “You kind of have to just immerse yourself in it over an extended period of time and marinate in it until you believe,” which is the same sort of response you’ll get if you ask a religious proselytizer to prove the legitimacy of their religion. I shared the thread again yesterdayand got the same response, with one QAnon promoter with a fairly large following telling me, “No amount of evidence can be seen by one choosing to stay blind.”

This is completely different from standard conspiracy theories. If you ask a 9/11 truther to prove the legitimacy of their position, they’ll instantly be able to produce clear and concise videos and articles for you, and if they’ve actually done their homework they’ll be able to regale you with information about physics, forensics, architecture, chemistry, and plot holes in the official narrative. If you ask someone who’s got theories about the JFK assassination you’ll get a comparable amount of lucidity. Ask a QAnon cultist for the same level of intellectual transparency and you’ll get a bunch of mealy-mouthed gibberish which will quickly turn into accusations that you are lazy for refusing to do your own research if you keep pressing.

This is because there is no actual, tangible factual basis for the belief system which has sprouted up around QAnon. It begins, just like any other religion, as a premise of faith, and then the adherents to that faith pool their intellectual resources into the task of finding reasons to legitimize that premise. They begin with the premise that Trump is a good and noble savior who is uprooting the source of all of America’s problems with strategic maneuvers which are so brilliant that they look like the exact opposite of what they are, then they let confirmation bias and other cognitive biases do the rest of the work for them.

Again, you don’t need to take my word for this; you can repeat this experiment for yourself. Whenever you encounter a QAnon adherent, either by chance or by seeking them out deliberately, simply ask them to prove the legitimacy of their position. You might get links to sources which attempt to prove that QAnon is connected to the Trump administration (as though that would somehow counter the idea that it’s a pro-Trump propaganda construct), you might get links to the mountain of cryptic word salads that QAnon has posted and told to comb through them yourself, but you won’t ever get anything resembling an attempt to clearly prove that QAnon is the thing that it purports to be. If you keep pushing you’ll encounter nothing but anger as you run into a wall of cognitive dissonance.

This proves that QAnon is not even a proper conspiracy theory, as we’ve come to understand that term. Conspiracy theories, per definition, consist of some sort of concrete theory. QAnon, like Russiagate, consists of nothing other than something that people desperately want to believe and then seek out excuses which allow them to feel comfortable believing it. This makes it far more akin to a religion or a cult than a conspiracy theory.

If QAnon were legitimate, it would be easy for its followers to demonstrate that legitimacy in a clear and simple way. They never can.

3. Q made many bogus claims and inaccurate predictions.

I’m putting this one last instead of first because the appeal of QAnon has very little to do with facts and evidence; if you show these to a Q cultist they’ll typically just say “Oh Q didn’t really mean that” or “That one wasn’t the real Q” or even “Disinformation is necessary” (a John Bolton doctrinewhich QAnon itself has proclaimed on multiple occasions), but for anyone who’s kind of on the fence about the whole thing you should be aware that the QAnon phenomenon has been rife with demonstrable inaccuracies. Personally I prefer to focus on the behaviors of the QAnon cultists themselves, since they’re the ones interpreting the cryptic word salads and circulating those interpretations online. They behave as cheerleaders for their government’s most depraved agendas; it doesn’t really matter what they are being told to believe to get them to behave that way.

This recent Reddit post on r/conspiracy breaks down many of the bogus claims, inaccurate predictions and deceitful manipulations that the QAnon construct has made since its inception. They include claiming in October 2017 that Hillary Clinton had been arrested and to expect mass rioting in response, posting and then deleting a fake Podesta email, posting multiple photoshopped images as though they were real, posting a bogus photo suggesting that the operator of the account was on Airforce One, and posting bogus “codes” that are demonstrably nothing other than gibberish.

I don’t claim to know everything about this QAnon thing or who exactly is behind it, but these three points I just outlined in my opinion kill all doubt that it’s not what it purports to be. For anyone looking at them with intellectual honesty rather than the same way a creationist or cult member might look at something which challenges their faith, anyway.

It is not good that a vocal and enthusiastic part of Trump’s largely anti-interventionist, pro-WikiLeaks base has been propagandized into consistently stumping for longtime agendas of the CIA and the Pentagon. Someone’s benefiting from this, and it isn’t you. 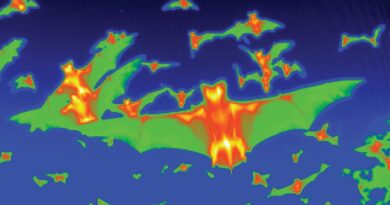 Scientists Unveil ‘Contagious Vaccines’ That Infects Unvaccinated Against Their Will