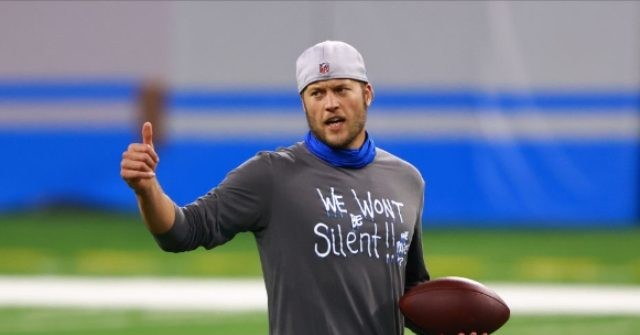 Matthew Stafford has made a lot of money in the NFL. However, he also comes from a lot of money. A fact which has led the Lions signal-caller to label himself a person of “privilege,” who now wants to get out of his “bubble.”

In an article titled, We Can’t Just Stick to Football, Stafford insists that it’s necessary for his team and others to address the perceived racial injustices in the country.

“Police brutality, white privilege, racism — it’s all real,” Stafford claims. “These are not political problems. These are human problems. It should not be seen as a political statement to discuss this stuff honestly.”

Stafford then wrote about his upbringing and the lack of diversity he experienced while growing up in a wealthy neighborhood.

“Listen, I’m not some perfect person,” Stafford wrote in The Players Tribune. “I’m not trying to lecture anybody. I’ve made a million mistakes. I grew up in Highland Park, Texas, which is probably one of the most privileged places in the country. It’s a place that I still love very much, but it’s a bubble. That’s just a fact. I was not exposed to a lot of diversity or different ideas growing up. I was not educated on these issues, and I probably said a bunch of stupid things when I was young that I regret. But a big part of life is about looking inside yourself and trying to evolve as a person.”

Stafford, who went to college in Georgia, wrote of all the experiences he’s had with teammates of different races. Specifically, he tells a story about when he and fellow teammate Danny Amendola, who is white, worked out at an empty field, never having an issue. Though, after some black teammates decided to join them, a man called the police on them form trespassing.

“I was embarrassed to have put my teammates in that situation, especially when I was told that it was cool to use the field. Especially when I had been on the same field with Danny with no problems,” Stafford wrote. “The only difference is what we all know in our hearts. Danny and I are white. We don’t get the cops called on us in those situations. We don’t immediately get called uncooperative.”

Stafford is currently playing under a five-year contract worth $135,000,000. Despite his childhood of “privilege” and the current opulence he enjoys in his adult life, Stafford did not mention divesting himself of said fortune in order to remove his privilege and raise the living standards of those less fortunate.

The Growing Threat From North Korea 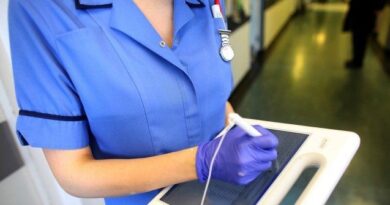