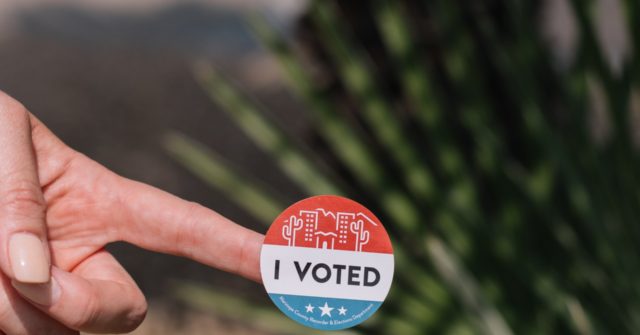 ViacomCBS has launched a mass voter registration, early voting, and get-out-the-vote campaign called “Vote For Your Life,” in response to the so-called “crisis” caused by the Chinese coronavirus ahead of the November election.

The push launched Thursday in partnership with the Ad Council, according to the company’s website, which added MTV will pay for ballot application printing and postage for American voters.

“Voter registration is down by as much as 70% in some states, largely affecting Millennials and Gen Z voters aged 18-30,” wrote Viacom. “Adding to this registration crisis, the pandemic is making it even more critical for all voters to learn about and take advantage of their options to vote early or absentee.”

The website goes on to stress it is “critical” that Millennials and Generation Z are engaged in the 2020 election, adding the Vote For Your Life initiative seeks to expand voter access, “particularly for young people and first-time voters.”

Moreover, the initiative affirms it will “connect the urgency of voting with the issues that 18-30 year-olds, primarily Black and Latino audiences, care about.”

The campaign will be available in both English and Spanish, and will highlight issues such as “jobs,” “security and justice,” and “mental health.”

“With the pandemic, social injustices, protesting and environmentally caused catastrophes like the wild fires on the West Coast and the hurricanes on the East Coast, our audiences are facing unprecedented and life-wrenching decisions which make the 2020 election so important to their daily lives,” said Chris McCarthy, President, Entertainment & Youth Group, ViacomCBS.

“That’s why we’re launching the Vote For Your Life campaign to give them the resources to easily register, check their early voting options, vote safely and as early as possible,” he added.

The president and CEO of the Ad Council Lisa Sherman added “the Vote For Your Life platform is urging potential voters to participate in the 2020 election as if their lives depend on it… because they do.”

“We know that Americans everywhere are passionate about a variety of issues, yet they don’t always see voting as an effective way to make an impact on what matters most to them,” she added. “With our incredible partners at ViacomCBS, we’re connecting the urgency of voting with the causes people care about and providing them the tools to easily participate in the upcoming election.”