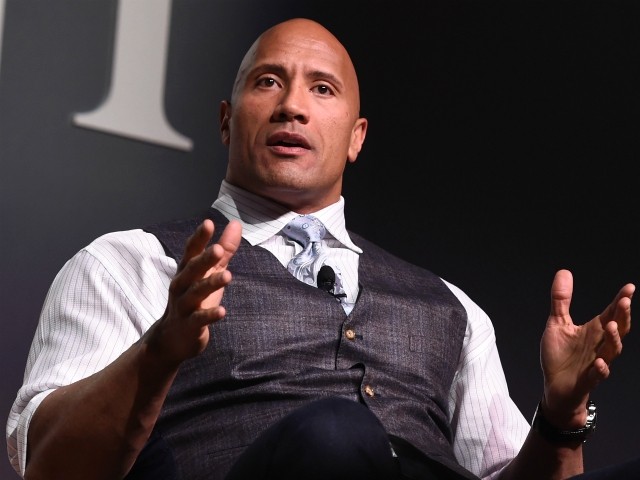 Over the weekend, action star Dwayne “The Rock” Johnson — who calls himself a “political centrist” — endorsed Democrat Joe Biden and his far-left VP candidate, Kamala Harris, for the 2020 elections. The announcement spurred radio talk show giant Mark Levin to slam “The Rock” for abandoning his supposed centrism.

The Rock posted a fawning remote video “interview” with Biden and Harris that many said made a mockery of his self-professed “centrist ideologies,” as he says of himself in the video.

As a political independent & centrist, I’ve voted for both parties in the past. In this critical presidential election, I’m endorsing @JoeBiden & @KamalaHarris.

But while Johnson puffs himself up as a moderate, talker Levin points out the logical fallacy in The Rock’s display of politics.

“By the way, to show you what a clown ‘the Rock’ truly is, he says he’s a centrist and Independent, yet he’s effusive in his support for Kamala Harris, who’s the most leftwing senator in the Senate (left of Sanders!), and was the most vicious and vile hack of the bunch during Brett Kavanaugh‘s confirmation hearings. This should make you even more active in re-electing President Trump,” Levin wrote.

2. and vile hack of the bunch during Brett Kavanaugh‘s confirmation hearings.  This should make you even more active in re-electing President Trump.

Many of Johnson’s fans agree with Mark Levin. The Rock has thrown away any credibility he may have had as a “centrist.”

Joe Biden voted for the Iraq War. That wasn’t kind or empathetic.

I voted for Trump because he’s anti-war.

Joe Biden: “Obama and I are against gay marriage”.

Joe Biden: “Obama and I are FOR gay marriage”.

Yeah- they haven’t earned our respect.

I don’t respect his decision and believe it is ill-informed. Does TheRock understand what Marxism is and that Marxism/socialism does not work? That Marxism is not kind to anyone (except the selfish ruling class)?

You are endorsing racist Biden who co-sponsored Clinton’s crime bill & locked up thousands of blacks. pic.twitter.com/CujXS3tlF6

How much did they pay you?

Wow, stay out of politics, this is moronic Dwayne..

Russian Missiles Obliterate Base Near Poland That Previously Housed US Troops