For years, Netflix had been the biggest spender in streaming digital media. For competitors like Amazon, Hulu and Apple, it was clear that buying and retaining quality content would be paramount to keeping (or ascertaining) subscribers.

But the streaming media giant is now in the midst of cancelling shows that it had previously renewed (like GLOW, for example), even as some viewers are outraged at the decisions, according to Bloomberg. Shows like “Tuca & Bertie,” “The OA” and “One Day at a Time” being cancelled last year resulted in viewer petitions circulating to re-instate them.

It is a reminder to viewers that despite Netflix being a streaming platform, they play by similar rules as many network TV shows, which simply don’t last forever.

Aside from a shock to viewers, the cancellations represent a very real financial reality for Netflix: they simply aren’t worth spending on to continue. In fact, the average length of a series on Netflix has dropped from 2.47 seasons in 2016, to 2.27 seasons in 2017 to 1.89 seasons in 2018. 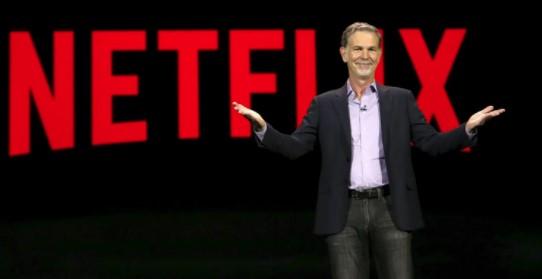 This also means that the well is drying up for content creators. Netflix, who had previously spent as though money was no object on content (It once gave Baz Luhrmann $120 million to create The Get Down – ever head of it? Us neither.) finds itself being far more careful with its content commitments. In essence, as Bloomberg notes, Netflix is now “behaving more like a traditional network”.

The question for shareholders is whether this marks a sea change in how Netflix views its finances. The days of having to elbow out HBO and Showtime for both content and viewers are now over. The platform has more new content proposals than it knows what to do with. Could this shift be a sign that Netflix is ready to try and kick its bottom line and cash generation into high gear?

And with this change comes some dissatisfaction among those in the industry. People refer to Netflix as a “factory” instead of a “studio” and Bloomberg claims that the studio isn’t anyone’s “first choice” for projects anymore.

Now, it looks like some of those “temporary” spending cuts are a permanent reality.