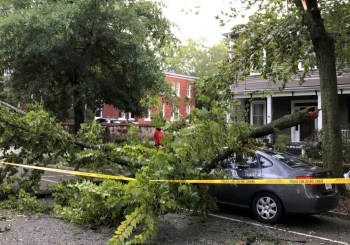 PBS and other mainstream media outlets uncritically reported on the WMA report. The U.N.’s own data, however, show the claims in the report are false.

In particular, WMA says drought, floods, hurricanes, and wildfires have increased in number and severity in recent decades as “global warming,” has made the weather more extreme.

Figure 5 of the WMA’s own report (reprinted below) refutes the assertion that weather disasters are increasing.

WMA’s data show the number of weather-related disasters has declined by 15 percent since 2000, as the earth has modestly warmed.

Indeed, as reported in Climate at a Glance: Drought, the United Nations Intergovernmental Panel on Climate Change (IPCC) reports with “high confidence” that precipitation has increased over mid-latitude land areas of the Northern Hemisphere (including the United States) during the past 70 years.

Moreover, the U.S. National Oceanic and Atmospheric Administration reports America is currently is undergoing its longest period in recorded history with less than 40 percent of the country experiencing “very dry” conditions.

Also, the United States in 2017 – and then again in 2019 – registered its smallest percentage of land area experiencing drought.

Because drought is a primary climate component that would affect wildfires, it is not surprising to find real-world data show the number of wildfires and acres burned has fallen in recent decades, as well.

As reported in Climate at a Glance: Wildfires, long-term data from the U.S. National Interagency Fire Center (NIFC) show wildfires have dramatically declined in number and severity in recent decades.

Reporting data on U.S. wildfires from as far back as 1926, NIFC documents that the number of acres annually burned recently is only1/4th to 1/5th of the annual acres burned in the 1930s.

Globally, the data on wildfires are just as clear. In his book False Alarm, Bjorn Lomborg observes:

“There is plenty of evidence for a reduction in the level of devastation caused by fire, with satellites showing a 25 percent reduction globally in burned areas just over the past 18 years … In total, the global amount of area burned as declined by more than 540,000 square miles, from 1.9 million square miles in the early part of last century to 1.4 million square miles today.”

It is easy for the U.N.’s WMA and mainstream media outlets like PBS to make false, alarmist climate-change claims. We at Climate Realism, however, will continue to document and report the truth. 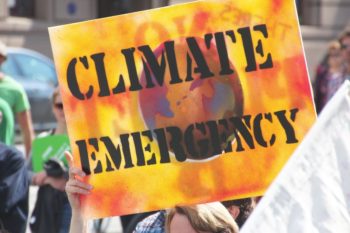 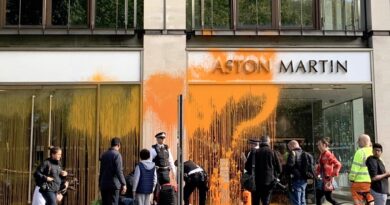