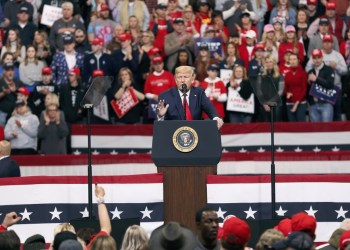 Iowa is a Midwest farm state much like Minnesota, Wisconsin, and Michigan.  What it lacks is a major metropolitan city like Minneapolis-St. Paul, Milwaukee, or Detroit.

So when the Democrat Candidate for President sinks to 41% in the polls and is behind by double-digits with independents — repeating the scenario that led to 2016 — there are reasons other than the personal qualities of the candidate him/herself.

The Democrat Party has abandoned the interests of farm states like Iowa — and nowhere is that more true than with the elevation of the Green New Deal.

Ethanol — made from corn grown in Iowa — is blended with gasoline, not solar energy or wind power.

When you want to “transition away from oil” and outlaw the internal combustion engine, you are proposing to destroy the economy of a farm state like Iowa.

And the same issues extend to the non-urban parts of the remainder of the Upper Midwest states in the heartland.

The problem for today’s Democrat Party that is captive to the coastal interests of both the East and West coasts is that the Midwest states listen to what they say, and believe they’ll do what they are promising those coastal constituencies that they’ll do.

I don’t think Democrats will do what they promise because I think astute Democrat politicians realize most of their agenda is economic and political suicide.

I have always believed their interest is simply in obtaining control of the levers of government — not to actually do what they talk about.

They are going to vote for Donald Trump in even larger numbers than they did in 2016. 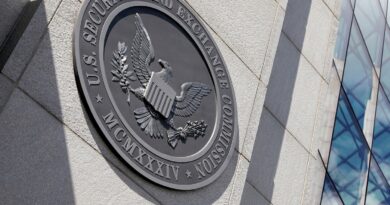 Be Afraid: The SEC Is Becoming A Climate-Fighting Godzilla 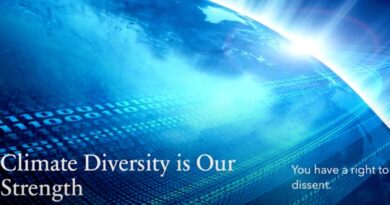 Climate Diversity Is Our Strength — You Have A Right To Dissent 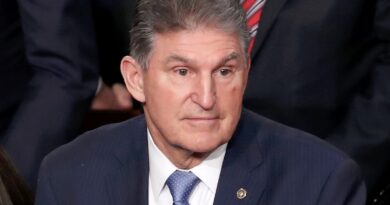 A Permitting Lesson For Manchin On Speeding Up Energy Projects