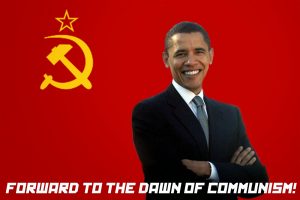 In spite of all the deep state, propaganda and “deep empire” (transnational) resources being used to declare that Jesuit agent Joe Biden has won, as of right now nobody knows who has received the most votes and where. The only thing for sure is that a federal law (3 U.S. Code § 5) known as the “safe harbor provision” requires states to settle these disputes and determine its electors six days before the electoral college members meet in person and in 2020, that final deadline is December 8, since the college votes on December 14, 2020.

However, the greatest political movement of all time created by President Donald J. Trump has not (properly)  been defeated and is rightly concerned with what clearly seems like a larger than normal volume of voting abnormalities. Of course, we have been told to sit down, be quiet, and do not ask any questions, but we will not comply with this farse!  There are indeed some very suspicious voting-related anecdotes in this election, and the Trump campaign’s multi-state legal strategy is challenging each and every suspicious incident so we can finally declare Donald J. Trump the winner of this contexted election. Remember, if the Democrats get away with their coup d’état and place Joe Biden in the White House the country might enter the biggest crisis in its history.

Now if we think of how the Jesuit/Sabbatean Frankist Empire has handled equally non-believable nonsense in the past (9/11, Syrian gas attacks, Skripal, Navalnii, etc.) we know what they are going to do next: double down in their brainwashing, which will reassure the average brainwashed zombies of our society, but will even further infuriate those still capable of critical thought in the Trumpian movement. The behavior of the U.S. media in this entire operation is so disgraceful that nobody will ever take them seriously again (at least amongst the thinking people, the zombies glued to Idiot Tube are beyond any rational argument, anyway). This is particularly important in regards to FoxNews, who has shown that it was a pseudo-conservative propaganda outlet which, in reality, is completely committed to the political agenda of Rupert Murdoch, and his family, who are part of the Jesuit-driven New World Order.

At this point in time, it is impossible to predict what will happen next, even if we are confident that President Trump will obtain a second mandate, but the murder of JFK or the 9/11 false flag strongly suggest that the U.S. deep state will try every possible trick to place Biden/Harris in the oval office. So now, more than ever before, we need to stand with President Trump and trust his next move. The election challenge turmoil which has resulted in over a dozen lawsuits filed in several battleground states will continue until we prevail as the danger of Civil War is always present.

In the meantime, Donald Trump Jr. urged his father to unleash the ultimate exposure option: “DECLASSIFY EVERYTHING!!!” he wrote in all caps on Twitter. “We can’t let the bad actors get away with it.” Others also picked up on the idea of disclosing everything before leaving. Celebrated columnist Sheldon Richman, a Research Fellow at The Independent Institute wrote: “Here’s something constructive Trump could do before leaving office at noon on January 20: he could order — demand, insist — that all classified intel and other documents related to the origin of the Russia/election investigation be declassified and released to the public forthwith — unredacted.”

After these statements, it didn’t take long for this possibility to attract the attention of both the mainstream media and the intelligence establishment of the Deep States. Reacting specifically to the Defense Secretary, Mark Esper last Monday, the ex-CIA spy chief under the Obama administration John Brennan essentially urged a palace coup against Trump prior to January 20th to ensure he doesn’t declassify anything sensitive or too revealing.

What Brennan has said is of unprecedented gravity and should be investigated immediately by the Trump administration because it constitutes another act of treason by a Deep State operative. Remember, John Brennan is not just a former American intelligence officer, but somebody who served as the Director of the Central Intelligence Agency (CIA) from March 2013 to January 2017, and is asking for a preemptive coup by the Deep State to silence President Trump which shows once and for all their real criminal intentions!