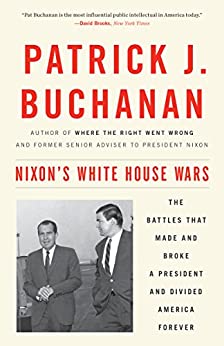 With the Pentagon’s announcement that U.S. forces in Afghanistan will be cut in half—to 2,500—by inauguration day, after 19 years, it appears the end to America’s longest war may be in sight.

The Pentagon also announced a reduction of U.S. troop levels in Iraq to 2,500 by mid-January. In 2003, we invaded and occupied Iraq to remove a perceived threat from Saddam Hussein and to disarm that nation of weapons of mass destruction we discovered it did not have.

No WMD were ever found, and the war George W. Bush launched to find and destroy them has been called the greatest strategic blunder in U.S. history.

These two wars, Iraq and Afghanistan, cost us some 7,000 dead, 50,000 wounded and trillions of dollars. And as they preoccupied us for two decades, China rose to become a strategic, military and economic superpower to rival the United States.

Iraq and Afghanistan were the longest wars in U.S. history, and the most costly of the Mideast wars we have fought there, but there were others.

In 2011, we attacked Col. Moammar Gadhafi’s army in the early days of Libya’s civil war. We intervened on the side of the rebels in Syria’s civil war. We assisted Saudi airstrikes in Yemen after Houthi rebels arose up in 2015 to dump over a Saudi-backed regime.

Over two decades, Arabs and Muslims have died in the hundreds of thousands from these wars. But what have any of these wars availed the USA?

Libya is split between a Turkish-backed government in Tripoli and Russian- and Egyptian-backed rebels under Gen. Khalifa Hifter in Benghazi and the east of the country.

The Syrian regime of Bashar Assad has largely won its civil war, thanks to timely and decisive intervention by Russia, Iran and Hezbollah, which came to the regime’s rescue when it was on its last legs.

Today, Iran-backed militias in Iraq with ties to Tehran have far greater influence in Baghdad than Iran did before the Americans arrived in 2003.

And the Americans are now going home.

In Afghanistan and Iraq, Trump is terminating the U.S. presence. It is impossible to believe a President Joe Biden would emulate President Barack Obama and surge 100,000 U.S. troops into Afghanistan in some new crisis to stave off a Taliban victory.

Thus, what we are looking at is not only the end of America’s war in Afghanistan but the possible, if not probable, eventual victory of the Taliban.

If the Afghan army and security forces could not put away the Taliban with 100,000 Americans fighting at their side in 2011, they are unlikely to do so when all of the Americans are gone.

The outcome of this war could well be a reenactment in Kabul of what happened in Saigon in 1975, two years after the Americans ended their role in the Vietnam War.

Yet, as Trump is halving U.S. forces in Afghanistan, The New York Times is reporting an Oval Office meeting with his national security inner circle to discuss a strike on Iran’s nuclear enrichment facility at Natanz.

According to the Times, Trump had to be persuaded not to order the attack by Vice President Mike Pence, Secretary of State Mike Pompeo, Acting Defense Secretary Chris Miller, and Chairman of the Joint Chiefs Gen. Mark Milley.

Why Trump would order an attack on Natanz seems on its face inexplicable. The facility is under regular U.N. inspection and has never enriched uranium to the 90% level needed for a bomb.

Even today it is enriching uranium only to 4.5%.

U.N. inspectors have regular access to the facility. While the small stockpile of low-enriched uranium Iran has produced is in violation of the nuclear deal, Trump walked away from that deal in 2018.

And Tehran could return to compliance easily by halting production and shipping its small stockpile out of the country.

As America exits from the seemingly endless wars in Afghanistan and Iraq, what strategic U.S. interest is imperiled by Iran’s enrichment of low-grade uranium to justify a new war with a nation larger, more populous and more powerful than any of those with which we have been involved in the last 20 years?

As Trump is mulling over an attack on Iran, the Israelis are carrying out strikes in Syria on Iranian-backed militias and boasting about it.

Thus, if the election of 2020 turns out the way most now expect, with Biden taking the oath on Jan. 20, the new president could be faced in his first days with a crisis with Iran and the prospect of a collapse of the Afghan regime in Kabul in his first year in office.

Patrick J. Buchanan needs no introduction to VDARE.COM readers; his books State of Emergency: The Third World Invasion and Conquest of America, and Suicide of a Superpower: Will America Survive to 2025? are available from Amazon.com. Patrick J. Buchanan is the author of “The Greatest Comeback: How Richard Nixon Rose From Defeat to Create the New Majority.

His latest book, published May, 2018, is “Nixon’s White House Wars: The Battles That Made and Broke a President and Divided America Forever.”

China has volunteered to play the bogeyman 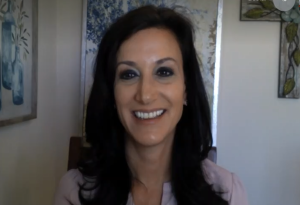 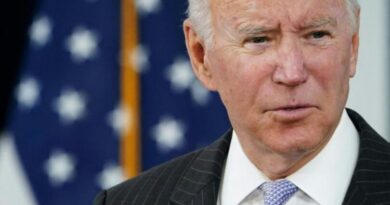 BREAKING: A Federal Judge Delivers a Massive Blow to the Biden Regime’s Plan to End Title 42