NASHVILLE, Tennessee, November 21, 2020 (LifeSiteNews) — A federal appeals court has ruled that the state of Tennessee may ban the eugenic abortion of babies with Down syndrome. The decision of the 6th Circuit Court of Appeals also ensures that an infant cannot be aborted because of his or her race or sex.

This is a partial victory for the pro-life Tennessee Republican Governor Bill Lee.

In July, Lee signed an omnibus pro-life bill that banned abortion once a fetal heartbeat was detected alongside a range of other abortion restrictions and conditions.

The bill required doctors to perform an ultrasound before an abortion and forbade them from going through with the abortion if the machine picked up a heartbeat. The bill also banned abortions sought specifically because of the unborn baby’s race, sex, or prenatal diagnosis of a disability such as Down syndrome.

However, such pro-abortion organizations as the American Civil Liberties Union (ACLU), ACLU’s Tennessee chapter, the Center for Reproductive Rights (CRR), and Planned Parenthood Federation of America (PPFA), had already filed emergency lawsuits against the law, and once it was officially signed, U.S. District Judge William Campbell granted a temporary restraining order against it taking effect.

The pro-abortion groups argued that the new law meant that “nearly all abortions in Tennessee have been criminalized.” Campbell agreed, saying that he was “bound by the Supreme Court holdings prohibiting undue burdens on the availability of pre-viability abortions.”

Campell blocked the bill an hour after Lee signed it. However, as of Friday, November 20, the state may now prevent eugenic, racist, and sexist abortions. The ban on killing babies whose heartbeat can be detected, however, is still not in effect, as it was the subject of a separate injunction.

According to the Nashville Tennessean newspaper, Senior Judge Eugene E. Siler, Jr. and Judge Amul Roger Thapar, who are Republican appointees, judged in favor of the state, whereas Judge Eric L. Clay, a Democratic appointee, dissented.

In a statement made Friday, a spokeswoman for the state Attorney General’s Office expressed appreciation for the ruling.

“We appreciate the Sixth Circuit lifting the lower court’s injunction,” said Samantha Fisher. “We look forward to defending the statute in a more normal process. We don’t think the statute is unconstitutional and the extraordinary relief of an injunction was not warranted.”

Governor Lee responded to the decision with declaration of the value of every human life.

“Every life is precious and every child has inherent human dignity,” he wrote. “Our law prohibits abortion based on the race, gender or diagnosis of Down syndrome of the child and the court’s decision will save lives. Protecting our most vulnerable Tennesseans is worth the fight.”

Lawyers for the pro-abortion lobby immediately attempted to block the ban on eugenic and sex- and race-selective abortion yet again, according to the Associated Press.

“’(The) Sixth Circuit only addressed plaintiffs’ vagueness claims and explicitly declined to issue any ruling with respect to plaintiffs’ claims that the Reason Bans violate patients’ constitutional right to pre-viability abortion,’” the attorneys wrote.

However, the lower court did not deliver a ruling on Friday, AP noted.

“[It’s] wonderful that someone has stood up for these kids, some of the most forgotten and despised, Hitler’s first targets for extermination,” Darnowski said.

“It’s sad because the push for something like this should be coming first from Catholic bishops, who in the US knuckle under the state so readily, as seen in this whole coronavirus spectacle when the Sacraments were taken away from the faithful,” he continued.

“Look at the craven way they are reacting to Joe Biden, who no one in their right mind would see as a Catholic — he has to have excommunicated himself over and over. Biden’s a pro-abortion monster, and he’d kill these kids in a heartbeat.”

With files from Calvin Freiburger. 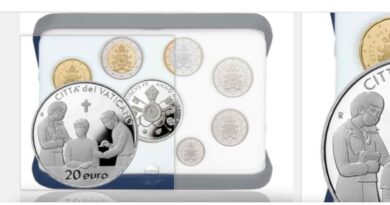