A spokesman for the San Isidro Movement, a pro-democracy artist collective in Cuba, told Breitbart News in an exclusive interview that President Barack Obama’s appeasement policy towards the island was “not functional” and that any dealings with the communist regime must pressure it to respect individual dignity.

Michel Matos – currently the face of the movement as over a dozen members embark on a hunger strike, trapped by Communist Party police in their headquarters with limited outside contact – told Breitbart News this week that the Castro regime views an artist who criticizes the reality of the island nation “an enemy in every sense of the word.”

Matos is campaigning for greater awareness for the fight for human rights in Cuba amid increased state repression of his group, in part a product of its growing popularity. An attempted peaceful rally on Sunday to support San Isidro artists attracted a mob of over 100 communist sympathizers in what is known as an act of repudio (“act of repudiation”), a government-organized attack in which the mob insults, threatens, and physically beats dissidents. Police arrested 18 people on Sunday, all anti-communist dissidents or reporters recording the mob.

They “know absolutely everything about your life, listen in to your communications, besiege you, leave you trapped in your home, shuts off your electricity, cut off your phone,” Matos explained, “[and] conduct a series of blackmail operations on your personal life because they have a certain information dominance over that.”

He is hoping for support from America, particularly fellow artists in the influential American entertainment industry. Cuba was a popular vacation spot – though vacationing in Cuba is technically illegal – during the era of President Barack Obama, who watered down sanctions on the island. Glamorous photos of Hollywood mainstays like Beyonce, Benicio del Toro, Katy Perry, and the Kardashians (and honorary Kardashian Kanye West) became defining images of the Hollywood era. But none used the opportunity to advocate for fellow artists and entertainers on the island.

“We have not received any solidarity from Hollywood, we have received some solidarity from some Latin American and European artists,” Matos told Breitbart News. “Would it help? Definitely yes.”

“I don’t have a better idea to heighten our visibility than this sort of people making a statement on us. In fact, I would request it, I would solicit it,” Matos said, calling any acknowledgment from the American entertainment industry for the group “simply grandiose, phenomenal.”

The policies that spawned the Obama-era photoshoots may soon return under Joe Biden. Matos told Breitbart News that he was not opposed to dialogue, but that he did urge American officials to condition any benefits to the Castro regime on support for human rights.

“The Obama policy was not functional. That could be seen in the very moment that Obama was in Havana and the attacks began,” Matos said. Obama’s visit to Cuba in March 2016 was one of the most difficult times in the modern history of dissidents, resulting in hundreds of violent arrests, including some live on American television.

“If the Democratic Party in a new administration wants to really open new paths for dialogue, that may be perfectly valid … but it has to be conditional,” Matos argued. “It has to be a matter of asking Cuba for some things [concessions] respecting human rights, respecting individual rights, respecting [freedom of] association, respoecting economic freedoms because we are in the deepest poverty.”

“These conditions must exist. Otherwise, the Cuban government has a green light [knowing that] the international community tolerates any kind of repression and will continue to deal with them, which is exactly what is happening now with the European Union,” he noted. “They continue to violate everyone’s rights in the most savage way possible.”

“An individual who thinks or expresses himself should not be mistreated or jailed or have their professional lives completely destroyed,” he concluded.

The San Isidro Movement is made up of young musicians, visual and performance artists, academics, and other intellectuals seeking an end to communism and respect for individual freedoms on the island. The group rose to prominence in the fight against a Cuban law known as “Decree 349,” passed in 2018 to criminalize any art not pre-approved by the state. Under Decree 349, all artists must register with the Ministry of Culture and receive approval from the Communist Party for any song, work of literature, film, or other form of media. Any art created without that approval is subject to criminal liability.

The Castro regime prevents these artists from finding any legal outlet for their work once the Ministry of Culture rejects them. Travel abroad is strictly regulated and mostly banned, Matos told Breitbart News.

“Not just your work – you yourself as a person, you become a sort of non-person totally ostracized, and you also can’t leave the island,” he noted. “You get frustrated and your career, your professional and cultural development is totally stunted.”

The San Isidro group launched a collective hunger strike last week to protest the conviction of one of their members, rapper Denis Solís, under the crime of desacato (“disrespect”), a catch-all to imprison dissidents. Solís was arrested after refusing to consent to allowing a Cuban state security officer to enter his home without a warrant. Solís recorded the incident – which proves the officer had entered his home illegally – but was sentenced to eight months in prison for insulting the officer and refusing him entry nonetheless.

At press time, six members of the San Isidro Movement are on hunger strike, demanding Solís’s release. Two of them, rapper Maykel “Osorbo” Castillo Pérez and performance artist Luis Manuel Otero Alcántara, abstained from water for most of their strike, which has resulted in critical health risks for both. While both Millennials, the artists are veteran human rights activists and regulars in their local jails; Castillo notably sewed his mouth shut during a hunger strike in 2018. They started drinking water on Wednesday to continue their hunger strike. 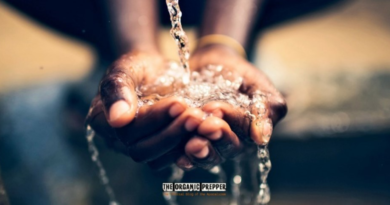 How to get water when the utility grid collapses