Augusta, Maine — The People’s Party is on the move! It officially registered as a state party in Maine today, where in order to get on the ballot for the 2022 midterms, it had to register in December of this year. Organizers filed on the morning of the first day of the filing window. The first state party registration comes less than a month after the general election, as the People’s Party prepares to offer a progressive populist alternative to the corporate-funded Democratic and Republican parties in 2022 and 2024. ”We are very excited to file today, a lot of Mainers’ work went into getting to this moment. We look forward to the hard work ahead of us to grow this party for the people to success,” said Lindsey Weeks, Maine state coordinator with the Movement for a People’s Party.

The People’s Party is the emerging successor of the Movement for a People’s Party, the 120,000-member national movement for a major new party in America. This August, MPP held a national convention with more than 30 renowned speakers including Dr. Cornel West, Sen. Nina Turner, Marianne Williamson, Danny Glover, Jesse Ventura, Jimmy Dore, Chris Hedges, Amaya Wangeshi, Chris Smalls, Ryan Knight, and more. The People’s Convention was viewed over a million times, was #2 nationally trending on Twitter, and was covered widely in the media. At the conclusion of the convention, viewers overwhelmingly voted to form a “major new political party free of corporate money and influence.”

“The People’s Party will serve all Mainers and not big money,” said Maine MPP organizer Laura Irwin. “Our independent spirit is the reason Dirigo is our state motto.”

The People’s Party will register in all 50 states and intends to win the presidency in 2024. It will run on a new social contract of desperately-needed progressive policies such as Medicare for all, free public college, abolishing mass incarceration, a basic income, and a green new deal — overwhelmingly popular policies that the establishment parties refuse to support.

While the pandemic claims hundreds of thousands of lives and millions of jobs, the corporate parties can’t even come to terms on a stimulus package that would alleviate the evictions, homelessness, hunger, utility shutoffs, loss of health care, and unemployment that has gripped the country. The People’s Party speaks to the nature of America’s struggle today: not left against right, but the billionaire class against everyone else.

“Americans are fed up with the status quo. They want a major new party that puts the people before Wall Street and we are building it,” said Nick Brana, MPP national coordinator and the former national political outreach coordinator with Bernie 2016. MPP has grown to more than 60 local hubs across 25 states. It will host the Founding Convention of the People’s Party next year. 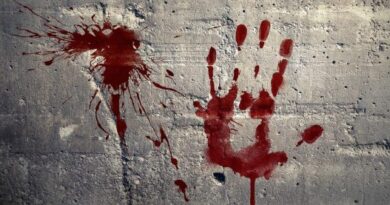