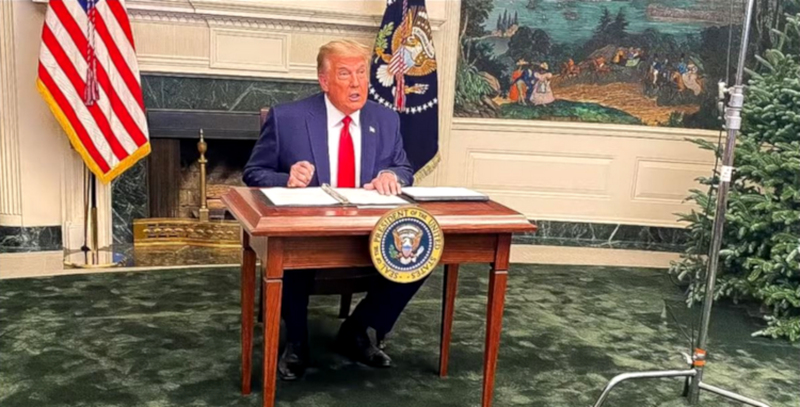 This post was shared from the zerohedge.com‘s RSS feed

Authored (mostly satirically) by CJ Hopkins via The Consent Factory,

All right, that’s it. I’ve run out of patience. No more excuses. Where’s the Hitler?

Yes, you heard me. I’m talking to you. You respectable journalists and political pundits. You Intelligence officials and politicians. You fanatical liberals. You pseudo anti-fascists. All you members of the GloboCap “Resistance” who have been hysterically shrieking that “Trump is Hitler!” since he won the nomination back in 2016.

No, do not tell me “any day now.” You’ve been telling us that for four straight years. Do we look like a bunch of gullible idiots that you can whip up into a four-year frenzy of mindless hatred and paranoia by screaming “Hitler!” over and over, and then not produce an actual Hitler?

Well, we’re not. We remember what you said. You promised us Hitler, and we want Hitler, or at least a decent facsimile of Hitler.

And don’t even think of trying to pretend that you didn’t actually promise us Hitler.

You did. You want me to prove it? OK.

Remember back in 2016, when The Wall Street Journal, The New York Times, The Guardian, the Washington Post, The Inquirer, and other such “leading respectable broadsheets,” and online magazines like Mother Jones, Forward, Slate, Salon, Vox, Alternet, and countless others, warned that Trump was sending secret anti-Semitic “dog whistle” signals to his underground army of Nazi terrorists by talking about “international banks,” “global elites,” the “political establishment,” and even “corporations” and “lobbyists” … all of which was supposedly code for “the Jews,” who he was going to exterminate if won the election?

I do. I remember that, distinctly.

How about after he won the election, when The Guardian reported that “white supremacy ha[d] triumphed!,” and The New York Times, NPR, Keith Olberman, and other verified news sources warned that America had descended into “racial Orwellianism,” or Zionist Anti-Semitism, or the “bottomless pit of fascism,” or whatever? Or when Michael Kinsley in the Washington Post confirmed that “Donald Trump is actually a fascist”?

Do you remember all that? Because I certainly do.

Remember Aaron Sorkin’s letter to his daughter warning her that millions of “Muslim-Americans, Mexican-Americans and African-Americans [were] shaking in their shoes” as they waited for Trump to round them all up and send them to the camps, along with the “Jewish Coastal Elites”?

And how about when Stern Magazine depicted Trump wrapped in the flag and heiling Hitler? Or when the Philadelphia Daily News also portayed him as Hitler on its cover?

What about when the corporate media reported that Trump had called those tiki torch Nazis in Charlottesville “very fine people” (despite the fact that he demonstrably did not)? Or when they caught Trump calling somebody a “globalist”? (That episode was particularly disturbing to me, personally, as I had no idea that I was literally a Nazi until the corporate media and the ADL explained that talking about “global capitalism,” or “neoliberalism,” or, God help me, “banks,” was just Nazi codespeak for “Kill the Jews!”)

Oh, and speaking of Nazi “dog whistles,” remember when the Department of Homeland Security embedded secret Nazi code in one of its official press releases? Or when that Jewish-Mexican-American law clerk signaled to Trump’s underground Nazi army that they had infiltrated the US Supreme Court, and thus the dreaded “Boogaloo” was probably imminent?

And who could forget when The New York Times published a full-blown dystopian fantasy in which Trump, Putin, Marine Le Pen, the AfD, and other notorious “globalist”-hating Hitler-alikes secretly formed an Evil Axis (the “Alliance of Authoritarian and Reactionary States”), dissolved the European Union and NATO, declared international martial law, and ethnically cleansed the world of immigrants? Or when they ran this propaganda film, “If You’re Not Scared About Fascism in the U.S., You Should Be!”

And the “emboldening”! I almost left out the “emboldening.” Surely, you remember when the corporate media reported that Trump was emboldening white-supremacist terrorism with his Hitlerian Tweets … as if homicidal racist psychopaths had been sitting around in their mother’s basements, semi-automatic rifles in one hand, smartphones tuned to Twitter in the other, just waiting to be “emboldened” by the president.

Oh, and the “concentration camps.” You know, the ones that Biden and Harris personally flew down and liberated the morning after they won the election. The ones where they put the kids in cages and forced all the prisoners to drink out of toilets. I couldn’t forgive myself if I didn’t mention them.

And those are just a few of the highlights.

Look, the point is, you “Resistance” people promised us Hitler for four years straight, and now you’re acting like you just defeated Hitler, and, I’m sorry, but that is not going to cut it. We’re going to need some actual Hitler before we transition to the Brave New Normal, or we might start to … you know, doubt your credibility.

I mean, come on. Lawsuits? Recounts? Audits? Angry tweets? Golf, for Christsakes? This is not remotely Hitlerian behavior. You people promised us an attempted coup, a Reichstag fire, Nazi militias occupying the halls of Congress, stadiums full of Sieg-heiling rednecks, white-supremacist terrorists terrorizing everyone … and now all we get is Rudy Giuliani sweating rivulets of hair dye, or something, on TV? All right, granted, that was pretty scary, but it’s not exactly Joseph Goebbels fanatically barking about “total war,” or legions of Hawaiian-shirt-wearing fascists goose-stepping up Pennsylvania Avenue.

The way I see it, you people have got another four or five weeks to goad Donald Trump into going full-Hitler and staging a coup, or gratuitously mass-murdering the Jews, or somebody, or the public is going to feel … well, bamboozled, and insulted, and even a little angry. They are going to feel like you “Resistance” people regard them as a bunch of total morons that you can manipulate, over and over again, with blatantly ridiculous propaganda that anyone with half a brain could see through … some of which, frankly, has been downright offensive.

Seriously, fascism, Hitler, the Holocaust … these are solemn, sensitive subjects. They’re not just convenient emotional buttons that you can press to whip folks into a frenzy of mindless paranoia and murderous hatred whenever you feel like demonizing some foreign leader or unauthorized president.

The same goes for racism and anti-Semitism. These are real issues, which people care about. They’re not just glorified marketing buzz words that you can pull out of your bag of cheap tricks and slap onto your enemies like they don’t mean anything. If you spend four years accusing someone of literally being Adolf Hitler, or the resurrection of Adolf Hitler, and brainwash millions of credulous liberals into believing that America is on the brink of fascism, you can’t just suddenly say, “We were only kidding. We didn’t mean that he was actually Hitler, or that fascism was really on the rise.” People won’t stand for it. They’ll go ballistic. You’ll have some sort of revolt on your hands.

Or, all right, on second thought, maybe not. Maybe you can get away with pointing at some billionaire ass clown and howling “Hitler!” over and over, on a daily basis, for years and years, without ever providing any actual evidence that the ass clown in question resembles Hitler, or has done anything comparable to Hitler, or is in any way remotely similar to Hitler. Why not? You successfully Hitlerized Corbyn, not to mention Saddam, Gaddafi, and Milošević, and a long list of other “threats to democracy.” You’ll probably get away with Hitlerizing Trump.

After all, it appears you’ve convinced the public (or at least the vast majority of the public) that they are being attacked by an apocalyptic plague that causes mild to moderate flu-like symptoms (or, more commonly, no symptoms at all) in 95% of those infected and that over 99.7% survive, and thus we have to cancel constitutional rights, let government officials rule by decree, devastate the economy (or at least small businesses), have global corporations censor all dissent, force everyone to wear medical-looking masks, put whole societies under house arrest, psychologically terrorize children, and otherwise transform the planet into one big paranoid, totalitarian theme park.

If you can get people to go along with that … well, they’ll probably go along with anything.TwitterFacebookWhatsAppRedditPinterestLinkedInTelegramPocketEmail

Russian Missiles Obliterate Base Near Poland That Previously Housed US Troops