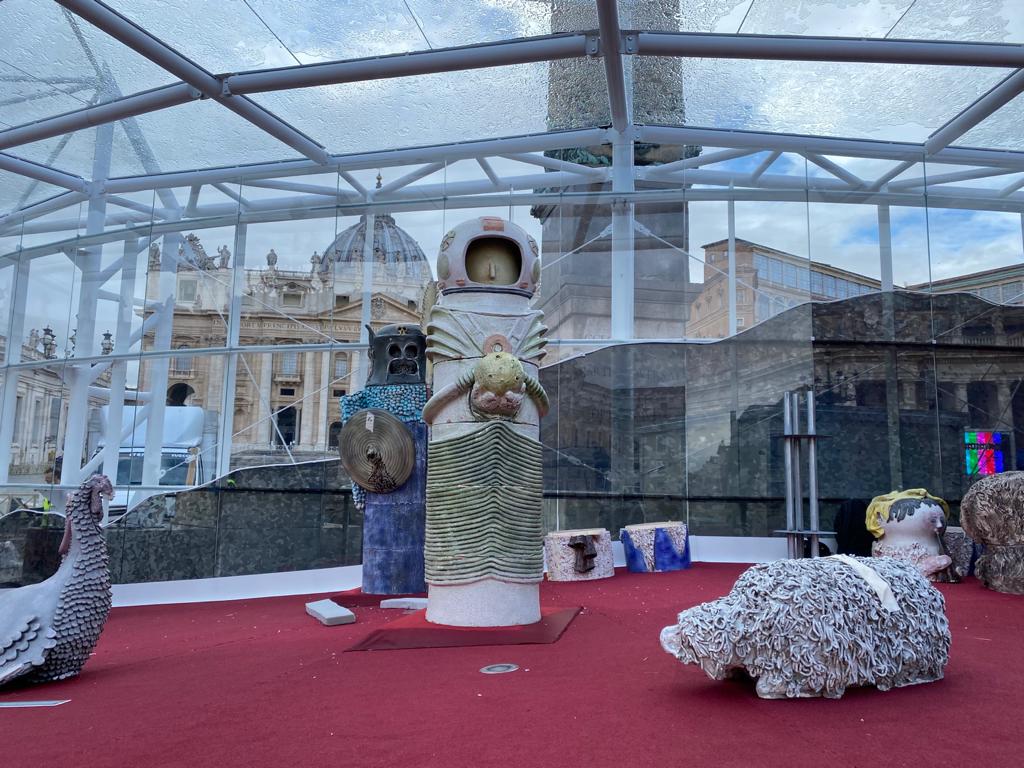 The Vatican will be inaugurating the Nativity Scene in Saint Peter’s Square, alongside the beautiful Vatican Christmas tree, a 28 meter high majestic spruce, and this Nativity could be challenging, even for many conspiracy experts.

On December 11, at 4.30 p.m., as is custom, the Nativity scene was donated by the Italian town of Castelli, (the spearhead of the ceramic industry since the 16th century,) to the Vatican… but this year the work in question, which was created by pupils and teachers of the Art Institute “F.A. Grue”, seems blatantly occult and bizarre, to say the least.

“Ancient astronauts” (or “ancient aliens”) refer to the pseudoscientific idea that intelligent extraterrestrial beings visited Earth and made contact with humans in antiquity and prehistoric times, definitely not a Catholic, or even remotely Christian version of the Nativity. What are they trying to communicate to us with this strange representation of the birth of our Lord? Behind baby Jesus there is a very hodversion of the Archangel Gabriel, who appears to Zechariah and the Virgin Mary, foretelling the births of John the Baptist and Jesus (Luke 1:11–38) and is usually included in the traditional Nativity representations.

However, this year He is clearly on top of a djed, one of the more ancient and commonly found symbols in ancient Egyptian religion of great importance for the Illuminati and the Egyptian rites of Freemasonry in their secret rituals. It is a pillar-like symbol in Egyptian hieroglyphs that represents stability. It is associated with the creator god Ptah, also very dear to the Illuminati, and Osiris, the Egyptian god of the afterlife, the underworld, and the dead. This mystery school tradition began when the Illuminati of the time were taught the mysteries of the immortality of the human soul. Their work was the science of human regeneration and immortality. This symbol that is commonly understood to represent the spine of Osiris is something we find connected to the Osiris myth dear to the Freemasons and the Illuminati, and not the Nativity of our Lord Jesus Christ, but here we go with Christmas 2020, another one for the history books of disgrace and Satanism! 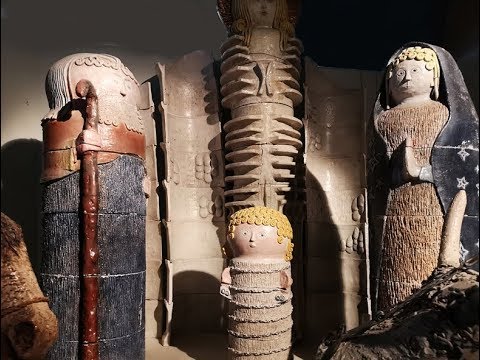 In the Osiris myth, Osiris was killed by the evil Set (later called Satan) by being tricked into a coffin made to fit Osiris exactly. Set had the coffin with the deceased Osiris thrown into the Nile. The coffin was carried by the Nile to the ocean and on to the city of Byblos, in Lebanon. It ran aground and a sacred tree took root and rapidly grew around the coffin, enclosing the coffin within its trunk. The king of the land, intrigued by the tree’s quick growth, ordered the tree cut down and installed as a pillar in his palace, unaware that the tree contained Osiris’s body.

Meanwhile, Isis searched for Osiris, aided by Anubis, and came to know of Osiris’s location in Byblos. Isis maneuvered herself into favor of the king and queen and was granted a boon. She asked for the pillar in the palace hall, and upon being granted it, extracted the coffin from the pillar. She then consecrated the pillar, anointing it with myrrh and wrapping it in linen. This pillar came to be known as the pillar of djed whose secrets are still taught in the Illuminati Mystery Schools. 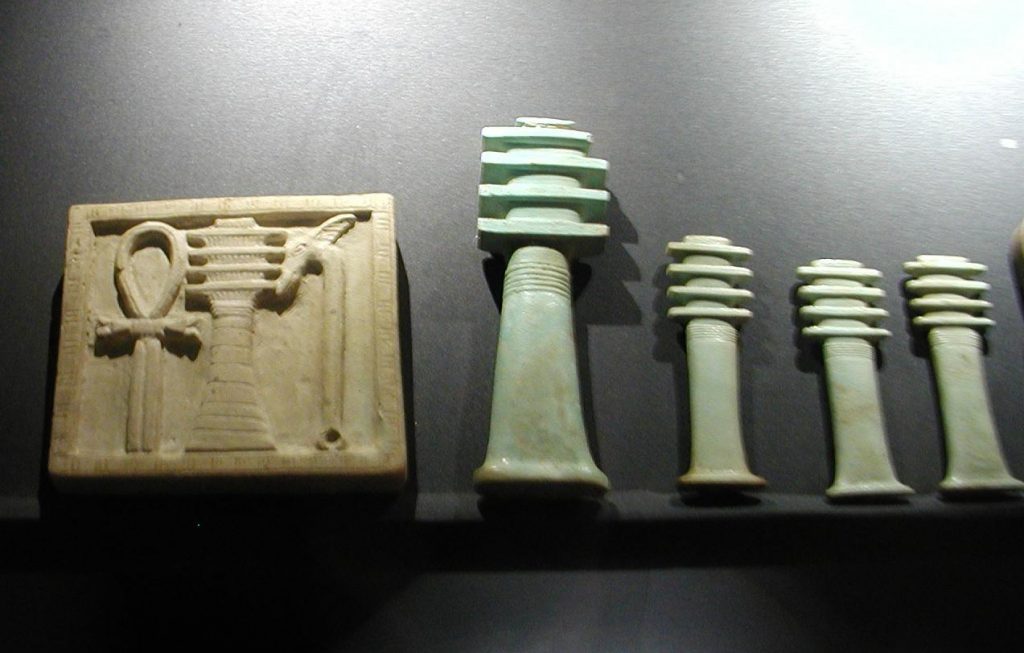 One of the greatest of the Mystery Schools in Ancient Egypt was located in Giza and for the Illuminati one of the greatest of the initiates in this school was a Hebrew known today as ” Jesus the Christ.” And to back up their claim they reference this controversial passage found in the New Testament of the King James Version of the Bible at Revelations 11:8, which states:

“And their dead bodies shall lie in the streets of the great city which is spiritually called Sodom and Egypt, where also our Lord was crucified.”

If the Bible is to be taken literally [ as most Christians insist it must, ]

“… where also our Lord was crucified, ” means:

A. Jesus the Christ was crucified at least twice; and;

B. He had to have survived at least the first event.

This passage, that literally overturns the crux of Christian dogma, has always been taken into serious consideration by the Freemasons, the Illuminati, and Theosophists like Eduard Schuré. It is evident that the Great Pyramids at Giza, in the precision of their dimensions and construction techniques, represented a realization of perfection by extremely knowledgeable individuals who used this place for their initiations. And for the Illuminati, if Revelations 11:8 is factual, it is also evident the Mystery School at Giza was also in possession of methodology leading to trans-dimensional consciousness that the Illuminati still possess.This might sound far-out, but check out the Illuminati Nativity displayed in St.Peter’s Square this year if you still have doubt.

Officially, the people responsible for the most unusual Nativity to date, is an art high school of design, which, in the decade 1965-1975, dedicated its teaching activity to the Christmas theme, but some of the teachers of this institution are Freemasons, and of course, we all know that Pope Francis is one too.

The Government’s Kill Switch for Your Car, Your Freedoms and Your Life