In this essay, I’ll be discussing The Bill Of Convenient Privileges (Formerly Known As The Bill Of Rights.)

It is a sad day in a sad country. Ours was the only nation that was formed based on the concept of individual freedom and equal opportunity. (Not equal outcome.)

I am going to show how we the people no longer have rights, but only Government-granted privileges. And only when they are convenient to the government.

So let’s do this by the numbers: The first five Constitutional Amendments — Oops, I mean the first five convenient privileges.

Amendment #1: Congress shall make no law respecting an establishment of religion, or prohibiting the free exercise thereof; or abridging the freedom of speech, or of the press; or the right of the people to peaceably assemble, and petition the Government for redress of grievances.

Wow, that sounds wonderful, doesn’t it? But now the reality of it: Let’s start with free speech. I know that this next part will annoy a lot of people but here goes: I believe that true free speech means a person can say anything. Now before you go crazy please hear me out. I said they can say anything, but both words and actions have consequences. If you say something inappropriate to someone and they beat the snot out of you, then you deserve it. But that doesn’t mean the Government should put you in jail for it. But that is exactly what the Government will do because it violated political correctness. Just try and make a conservative speech at a university. In today’s political climate that is not happening. And as for “hate speech”? You have a right to hate anyone, but again, there are consequences.

So much for Freedom of speech.

Now on to freedom of religion. To me, this means that you are allowed to practice your faith anywhere and anyhow that you please.

Sounds good right? Not so fast. Try sending your child to school with a Bible to read at lunchtime. That is not happening. One of the most misrepresented injustices to religious freedom is the oft-quoted “separation of church and state”. That is not mentioned in the Constitution but rather mentioned in a private letter written by Thomas Jefferson. It was because our founding fathers did not want a formal state religion — not because they didn’t want people practicing their religion on state property. Yet here we are, in the early 21st Century: No crosses, no nativity scenes, and no more proclamations of “Merry Christmas”. In the current COVID pandemic, the street protests are crowded and unrestricted but state governments mandate that our churches be closed. So much for religious freedom.

Next, Freedom to peacefully assemble.

This one is a little tricky because it all depends on what your assembling for. If you are assembling for a right to life rally, or a right to bear arms rally (we’ll get to that, later) then you will need a permit and insurance and provide your own security. You will also be charged with the cost of law enforcement to keep the counter-protesters from killing you. However, if someone is protesting against the police or just rioting for all the free stuff, not only do they not need a permit but they are allowed to attack the police and burn the city to the ground. So much for Peaceful Assembly.

Now, Freedom of the Press. This should be called suppression of the press. If you are a member of the Ministry of Propaganda (CNN, MSNBC, ABC, etc.) then you can and will say or publish anything you want without any repercussions or oversight. You can distort facts, you can make false accusations, and you can submit false evidence as true. In fact, you can lose your job if you don’t. On the other hand, if you are a real journalist and are seeking the truth and are presenting the facts. then you will be vilified in the press as a lunatic, or as a Conservative hack. You can have Judges issue a gag order or you can be put in jail for not revealing your sources. [JWR Adds: And often you will be wrongly told that you don’t have the right to film things that are happening in public. That is why I established CFAPA.]

So much for Freedom of Press.

Now on to the right to petition the Government for redress of grievances.

This one is easy: You can’t. You have to sue. But often you cannot sue, because government officials enjoy Qualified Immunity. Nearly every time a citizen tries to petition the Government, then a bureaucrat or a judge stops it. The last resort is a drawn-out legal battle. The cost of litigation puts this out of reach for most Americans. Without the backing of big money and the corrupt press, you have almost no chance of success. On the other hand, if you want to destroy the country, de-fund the police, and abolish the Constitution then corporations will throw money at you to accomplish this. [JWR Adds: $10.6 billion, according to one recent estimate published by The Economist.] So much for petitioning the government.

Amendment #2: A well regulated Militia being necessary to the security of a free state, the right of the people to keep and bear Arms, shall not be infringed.

The National Firearms Act of 1934 was the first major violation of the Second Amendment. Instead of challenging the 2nd Amendment directly, they decided to tax and regulate the sale and possession of certain types of firearms. This tried and true tactic is still used to this day and is still just as unconstitutional as it was then. I know people will say “nobody needs a machinegun.” Believe me, I hear this all the time. But this is not about a need or a want. No, this is about Government Infringement of the Second Amendment. The repeal of alcohol prohibition did far more to prevent crime than the National Firearms Act of 1934. That first federal firearm law was grossly unconstitutional and opened up decades of further firearm restrictions at the local, state, and federal levels.

Now, on to “A well-regulated Militia.”

Progressives and Liberals now scream that this means the Government needs to “regulate” any Militia groups. This is not even close to what this phrase means. The words “well-regulated” in the 1700s meant well-trained and nothing more. The meanings of words change, over time. When told this, Liberals scoff and claim that is not so. That is, right up until you remind them that up until the 1960s, “gay” used to mean happy. And in olden times and even in recent times in some other English-speaking countries, a “fag” was a cigarette.

Now, about the word “Infringed”:

Amendment #3: No soldier shall, in any time of peace be quartered in any house without the consent of the Owner, nor in any time of war but in a manner to be prescribed by law.

This is one of the only one of the first five Amendments that still stands, for the most part.  Soldiers don’t violate this Amendment yet, but SWAT teams do so, regularly. They will have a situation where they need to occupy a house or apartment for logistical or tactical use and move right in and sequester the property owners elsewhere “for their own safety.”) But enough of that.

Amendment #4: The right of the people to be secure in their persons, houses, papers and effects, against unreasonable searches and seizures, shall not be violated and no Warrants shall issue, but upon probable cause, supported by Oath or affirmation, and particularly describing the place to be searched and the persons or things to be seized.

Can you say no-knock warrant? The constitution says probable cause supported by oath. So how is it that someone can be SWATed? The police get an anonymous call from some malcontent or some Commie neighbor claiming that the occupants of a house are selling drugs, or they are building bombs, or whatever. So even if the call can give probable cause then where on Earth is the sworn oath that has to go along with it? I know a lot of LEOs and they have an impossible job. But people are being killed for doing nothing more than protecting their homes. I am not talking about a crack house where an undercover officer has made a drug buy, I’m talking about some innocent citizen sitting on their couch playing video games and their front door is broken down and they get shot for not complying with orders because they have headphones on. I’m sorry, but this garbage has got to stop. 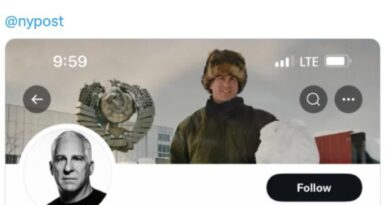 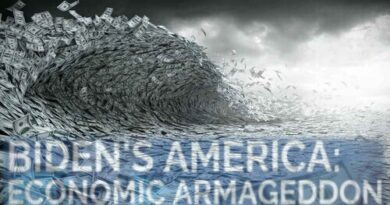 The ‘Next Pandemic’ Of Food, Medicine, Oil And Gas Shortages Is Already Roaring Like A Tsunami Across Every Aspect Of The US Economy At The Behest Of The Global Cabal

IT’S STARTING! ALL EXPORTS HAVE BEEN SHUT DOWN. A SEVERE HAS STARTED. BUY FOOD WHEN YOU CAN