Gary Cohn, the onetime No. 2 at Goldman Sachs who left the vampire squid (and cashed out hundreds of millions in performance-based incentives, tax free) back in 2017 for what turned out to be a brief, but tumultuous, stint in the Trump Administration, is returning to the boardroom and the c-suite.

After launching a SPAC, Cohn is headed to IBM, where he will serve as vice chairman and a member of the executive leadership team.

Cohn recently made headlines for refusing to return some $10MM in compensation paid out by Goldman Sachs. Cohn was the lone executive among a group of current and former Goldman leaders who stiffed the bank, which tried to claw back the bonus money as a kind of penance for Goldman’s involvement in the 1MDB scandal.

Then again, hiring Cohn makes sense in at least one respect. As Big Blue scrambles to open up new markets and business lines, perhaps CEO Arvind Krishna is bringing Cohn on to lead efforts to sell quantum computing services to Wall Street.

Given Cohn’s reputation as a political opportunist (he was a Democrat before joining the Trump Administration), it’s not outside the realm of possibility that the veteran executive is simply trying to set himself up to cash out another golden parachute when he inevitably ends up on President Kamala’s economic team?

Read the full press release below:

IBM today announced the appointment of Gary D. Cohn as Vice Chairman of IBM and member of the IBM Executive Leadership Team.

Mr. Cohn will work in partnership with Mr. Krishna and the IBM Executive Leadership Team on a wide range of business initiatives and external engagement, in areas including business development, client services, public advocacy and client relationship management. “Gary is a globally respected leader with deep experience operating at the center of business and government,” said Mr. Krishna. “As a senior representative of IBM, his knowledge of technology and business transformation, combined with policymaking expertise, will bring unique value to our clients and stakeholders as we accelerate our hybrid cloud and AI strategy.”

“I am honored to be joining IBM, one the world’s most important companies, providing technology that helps organizations be agile and resilient in unpredictable times,” said Mr. Cohn. “With the company’s long history of innovation and transformation for every technology era, and a focused growth strategy that will capitalize on the enormous opportunity in hybrid cloud and AI, this is an exciting time to begin working alongside Arvind, the IBM team and IBM’s incredible roster of clients.”

Mr. Cohn served as Assistant to the President for Economic Policy and Director of the National Economic Council from January 2017 until April 2018. Before serving in the White House, Mr. Cohn was President and Chief Operating Officer of The Goldman Sachs Group, Inc. from 2006-2016, and previously held a number of other leadership positions during 26 years with the company. Mr. Cohn is Co-Chairman of Cohn Robbins Holding Corp. (CRHC), a special-purpose acquisition company.

He invests across the cybersecurity, blockchain infrastructure, regulatory technology and medical technology sectors. He serves on the boards of Abyrx, Gro Intelligence, Indago, Nanopay and Starling, and is the Chairman of the Board of Pallas Advisors. Additionally, Mr. Cohn serves on advisory boards for Hoyos Integrity and Spring Labs. He is a member of the Systemic Resolution Advisory Committee (SRAC) of the Federal Deposit Insurance Corporation (FDIC). 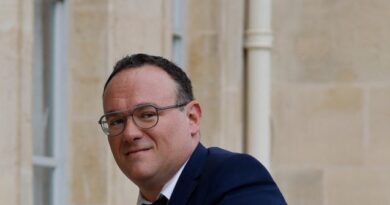