The first trading day of 2021 was, as Peter Schiff put it, “atypical.” 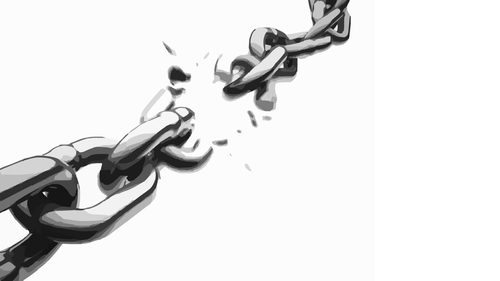 In his first podcast of 2021, Peter analyzed the unusual day on Wall Street and explored a significant question: are we beginning to see the decoupling in the global financial markets that he’s been predicting for years?

The major indexes opened up but then closed sharply down on the day. The Dow Jones set a new record before falling 382 points. The S&P 500 set a record and then dropped 1.5%. The NASDAQ started strong, although it didn’t set a record, but then followed the other indexes lower, closing down 189.8 points.

Meanwhile, the dollar continued to show weakness against the euro, the yen and particularly the Chinese yuan. The dollar dropped just over 1% against the Chinese currency. Peter called this move “extremely rare.”

This has happened occasionally, but it’s very rare to see this big a move in that particular pair. You’re more likely to see the dollar move 1% against the euro of the Aussie dollar than you will against the Chinese yuan. But to see it happen on the first trading day of the year — I look back for 30 years and I couldn’t find a single day, first trading day, where you saw this big a move, the US dollar dropping against the yuan.”

Peter said he doesn’t think this is an insignificant move. He thinks it’s the sign of something bigger happening.

The US has ratcheted up its economic war with China in recent months. It goes beyond the trade war. For instance, the New York Stock Exchange recently delisted three Chinese companies based on an executive order from the Trump administration. The US government claims it’s “illegal” for Americans to own shares in these companies.

I don’t think it’s a coincidence that we are clamping down on China and the dollar is getting clobbered against the yuan. China is obviously going to retaliate, even though I don’t believe this hurts China. They don’t like it. They don’t like, in principle, the US government saying Americans can’t invest in Chinese companies, can’t own stock in Chinese companies. So, I think the Chinese need to save face and they need to retaliate. And believe me, they have the heavy artillery if they want to use it. They are still America’s biggest creditor. They own more US government debt, US agency debt than anybody else. And thus far, they have been gradually paring back their position. They can certainly increase the pace at which they’re doing that.”

In fact, even with the stock market dropping sharply, there was no safe haven rally in the bond market. Yields on 10-year and 30-year Treasuries actually went up.

So where did the money flow?

Gold was up about $45 on the day and silver was up about 87 cents. Gold mining stocks also enjoyed a strong rally, along with some of the industrial metals.

For instance, soybeans are above $13 a bushel.

Peter called this an inflationary wave.

It’s the wave that I’ve been positioning my clients to ride for many, many years. And I think that this ride is just beginning. I think it’s going to be a hell of a ride for everybody who’s on board. But it’s certainly not too late to get on board.”

While US stocks were falling, there was strength in many foreign markets.

To me, this shows a deliberate reallocation of investment capital from institutions. This is not mom and pop investors. This is not Robin Hood that was driving the action today. I believe this is real money and these are planned moves. This is happening on the first trading day of the new year of a new quarter. I don’t think portfolio managers just woke up this morning and on no news decided to make these huge trades. I think these are reallocations that have been planned.”

Peter said if he’s right about this assessment, what we saw on Jan. 4 won’t be a one-day event.

I think this is a process and the process is going to be playing out over time. What I think is actually happening is the decoupling that I have been positioning for and talking about for years. … It’s been my thesis that eventually, foreign markets would decouple from the US stock market and gold stocks would decouple from the general stock market. That trade was certainly evident today. Now, that doesn’t necessarily mean that the decoupling is here. But I think that there’s a good indication that this is the beginning.”

Peter went on to do some comparative analysis between what happened yesterday and some past years. 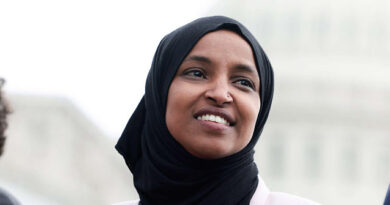 Hospital homicide: Wisconsin medical facility REFUSED to revive patient despite instructions to do so