Alex Newman–How to Prepare for Turmoil Ahead

before they get better,

The next few weeks are key. There are so many different scenarios for what could happen — some “better,” but almost none of them “good” — that it almost boggles the mind.

However, there are some very encouraging trends amid the darkness.

Despite the rapidly narrowing paths to victory, this writer believes there is still a decent chance that Trump will serve another 4-year term. That is by no means an end to the escalating troubles afflicting America, however. 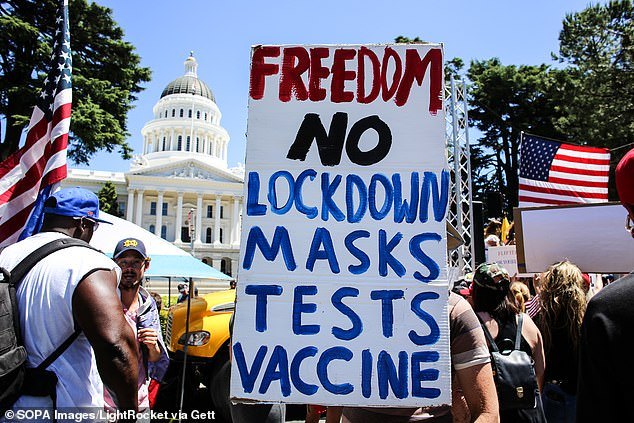 Regardless of what happens on January 6 and then two weeks after that, some trends for 2021 seem to be a pretty safe bet. It would behoove everyone to be prepared spiritually, mentally, financially, and physically for some very serious turbulence that could make toilet-paper shortages look like nothing by comparison.

POTENTIAL FOR VIOLENCE AND NATIONAL FRACTURING

-There is a real potential for civil war, which the Deep State would absolutely love. Americans killing each other would make the elites’ job of destroying and discrediting America that much easier. It might begin with a false-flag attack, or the coming election turmoil, or other means. Americans must resist the temptation to turn to violence and the forces seeking to manipulate them into it.

-Secession talk is already escalating, and that is almost certain to continue ramping up into 2021, regardless of who is inaugurated on January 20. With the head of the Texas GOP, former Congressman Lt. Col. Allen West, openly floating the idea, and leftists considering it as well, there’s a real chance the efforts to destroy the union could make progress.

-The civil-war within the Republican Party between Big Government establishment RINOs (McConnell, National Review, etc) and grassroots conservatives, Christians, patriots, and America First supporters will intensify. This could culminate in the ultimate destruction of the GOP as a viable party as both factions recognize they have irreconcilable differences.

-The exodus of moderates and normal people disgusted by riots, socialism, and the defund the police idiocy from the Democrat Party will continue as well. Democrats’ frantic efforts replenish their ranks by opening the borders and importing new people will go into high gear. This exodus from the party, if not controlled and dealt with, could eventually lead to a fracturing of the Democratic Party as well — at least if election integrity is ever restored.

If Trump is inaugurated:

If President Trump manages to expose and overturn the obvious election fraud and hang on to the presidency, expect the Left and the Deep State to unleash hell in America. Some of what we might expect to see includes: 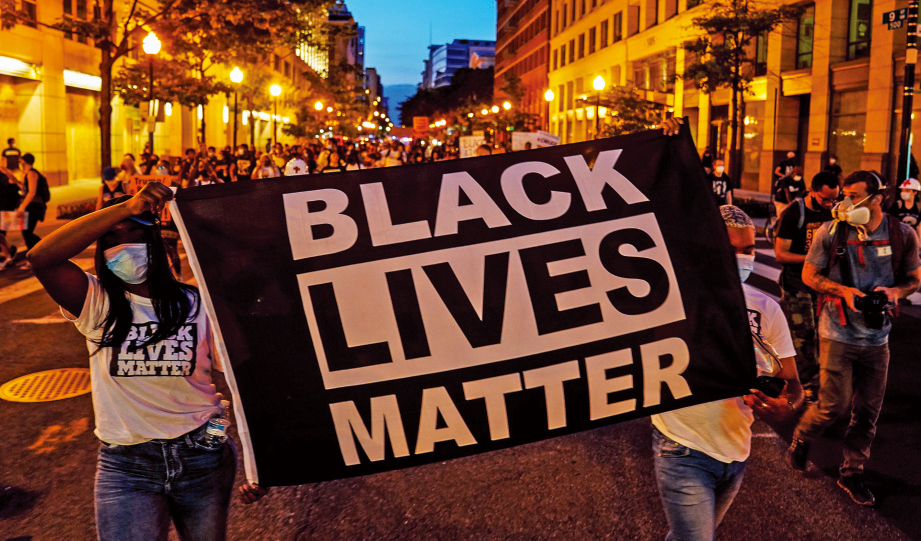 -Black Lives Matter and Antifa terrorists will terrorize cities and towns across America, especially those under Democrat leadership. If you live in a Blue City in a Blue State, be very wary. Your local and state officials will NOT protect you, just like they did not protect you (especially black communities) from the terror of BLM and Antifa riots this summer.

-The fake media will portray President Trump as “literally Hitler” who is waging a coup against America, the vote, and the Constitution to hang on to power. Media outlets around the world will parrot that narrative.

-Biden may seek to set up a rival government with its own cabinet in an effort to steal away some of the military and the bureaucracy from Trump. This would undoubtedly receive support from many foreign governments and international organizations.

-It is entirely possible that the United Nations could even get involved under the guise of “keeping the peace” in the United States. If the UN Security Council refused to recognize Trump’s appointees, it is not out of the question that America might even see UN “peacekeeping” troops on U.S. soil.

-Rather than being able to pursue a bold agenda of destroying the Deep State and restoring American greatness, Trump would almost certainly be bogged down — at least for the first few years — with trying to keep the nation together and crush the inevitable rebellion and insurrection that would ensue. 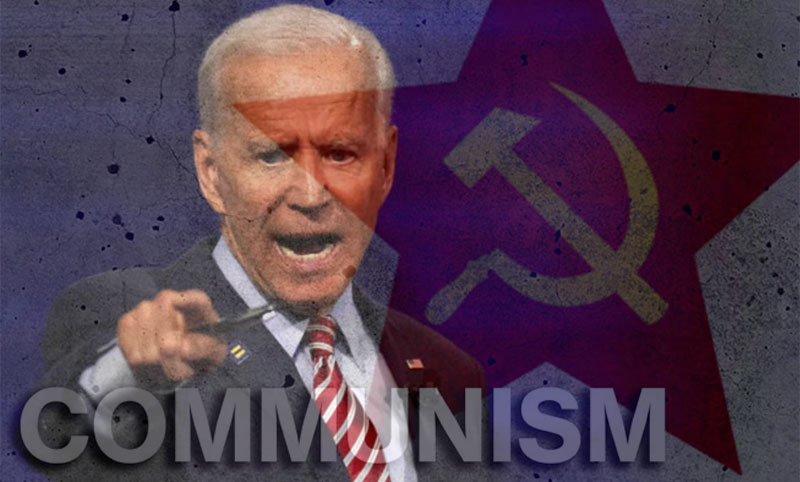 If Biden is inaugurated:

If wannabe “President-elect” Joe Biden is inaugurated, the federal government will suffer from an enormous crisis of legitimacy, as most Americans — including many Democrats — recognize he won by fraud. However, if Biden is sworn in, what has been the relatively slow and steady descent into tyranny will accelerate to unprecedented levels. Here are some other developments we might witness:

-More foreign wars will be launched under various guises, especially to promote “democracy” or bring supposed “humanitarian aid” to nations with governments that the globalist Deep State does not control completely. Regime change in Syria will be back on the table, along with endless war in Afghanistan, Iraq, and beyond.

-Open-borders madness will accelerate, with the federal government and the UN working together to bring millions of “refugees” into the United States during the next four years. Biden will also be sure to make the world aware of the fact that U.S. border security is being handcuffed and neutralized, and that illegals will be hugely rewarded for coming to America.

-Efforts to entrench one-party rule in America will accelerate. This will include amnesty with a path to citizenship for tens of millions of illegal immigrants (and future Democrat voters), schemes to create more Democrat states such as D.C., Puerto Rico, and perhaps some additional states out of California, as well as packing the Supreme Court if Democrats get control of the U.S. Senate or can flip a few RINOs.

-The climate hoax will be resurrected, with Biden opening up the spigots of U.S. taxpayer money to breathe life back into the dead horse that the globalists have been beating for decades. The primary beneficiary will be Communist China as U.S. energy prices skyrocket, businesses become uncompetitive, and productive activity is shifted to China where the mass-murdering regime promised to keep increasing CO2 emissions until at least 2030.

-Globalism will be restored and reinvigorated, as Biden scrambles to rejoin every UN agency and agreement that Trump withdrew from. This includes UNESCO, the Paris Agreement, the World Health Organization (WHO), the UN Migration Compact, UNRWA, and much more. The Trans-Pacific Partnership and the effort to “integrate” North America with the European Union will be back on the agenda, too.

-Biden has already promised to unleash the power of the federal government against Christians and others of faith. In fact, he said his top legislative priority was the “Equality Act,” which would mandate persecution against all those who refuse to bow to the LGBT golden idol. This would be just the start of the effort to neutralize and destroy the church. On the bright side, persecution always grows and strengthens the church.

-Gun control schemes will be rolled out quickly, both legislative options as well as regulatory schemes through the bureaucracy. While overt confiscation may not come immediately, gun registration will likely be a major step in that direction, beginning with semi-automatic weapons dishonestly described as “assault weapons.” Expect efforts to limit, track, tax, and control ammunition, too.

-The Constitution will continue to be shredded as the Obama-era plot to “fundamentally transform” the United States resumes at an even faster pace than occurred during the Obama administration.

Pray. Pray. And then pray some more. Read your Bible. Assuming Jesus Christ is your Lord and Savior, get involved in a good, Bible-believing church NOW. With faithful church leaders, incredible communities come together in church congregations, and this will be essential to navigate the uncharted waters just up ahead. Don’t try to do it alone.

Get to know your local authorities. That means make a plan, and implement it, to meet and get to know your mayor, sheriff, police chief, city councilman, county commissioner, and so on. Relationships between patriots and Christians and their local leaders will be critical if liberty and individual rights are to be preserved in the years ahead. 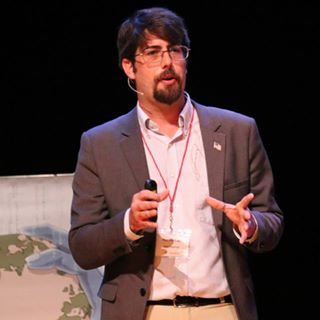 Read and acquire books that might be helpful in these times. While that can and should include books on emergency medicine and such, it should also include theology, economics, philosophy, history, art, and so on. If civilization as we have known it crumbles, knowledgeable people with expertise across a huge range of areas will be needed to rebuild and persevere.

Make sure you have adequate supplies to last for a while if necessary. This includes food, water (have a plan a, b and c), heat, security, medicine, and whatever else you and your family might need. Try to at least get a little food going — plant simple but filling crops such as potatoes, maybe get a few chickens, make arrangements with local farmers, stock your pond with lots of fish, and so on.

God says if you don’t take care of your own family, you’re worse than an unbeliever. (1 Timothy 5:8). Make sure to take reasonable precautions to ensure that your family will be OK, even if the dollar crumbles, civil unrest strikes, the power goes out, a cyber-attack knocks out the grid, and other realistic possibilities in these turbulent times.

If you can get out of big cities — especially Democrat-run cities in Democrat-controlled states such as New York, Chicago, and Los Angeles — do it now. You will be much better off on every front if you can be in a more conservative area with better folks around. Plus, many jobs can now be done remotely.

Obviously — and this should go without saying — remove your children from public school immediately if you still have them there. There is no more dangerous place for your child — especially during these times. Do not let the government have your children under any circumstances.

Try to organize your finances properly. Personally, I prefer assets that cannot be inflated away (stolen) by the banking cartel such as stocks, precious metals, land, ammunition, and more. Obviously do not put all your eggs in one basket. If you can get any assets outside of the United States, that might not be a bad idea right now.

Many doctors I’ve spoken with — including some close to the White House who have been advising the Trump administration — are urging everyone to get a supply of hydroxychloroquine, zinc, Vitamin D, Vitamin C, and other key products. Do your best to get some if you can. Also make sure to have a decent supply of prescription meds you might need, especially including essentials such as antibiotics.

If the descent into tyranny resumes at a relatively slow speed, many of these “preparations” may not be completely necessary. However, with the dollar being decimated, and all sorts possibilities for problems, it cannot hurt to have a little extra of everything on hand. Canned foods might even end up beating the stock market over the coming years.

Of course, it would be wrong and silly not to point out that God could always intervene. Many millions of Americans have been praying for their nations. With the Supreme Court, Congress, and even the executive failing to do their duty, countless Americans are making an “Appeal To Heaven,” just like our founders did almost 250 years ago when all other remedies were exhausted. Amid all the darkness and evil, God it still working….

Down the Path Into Tyranny