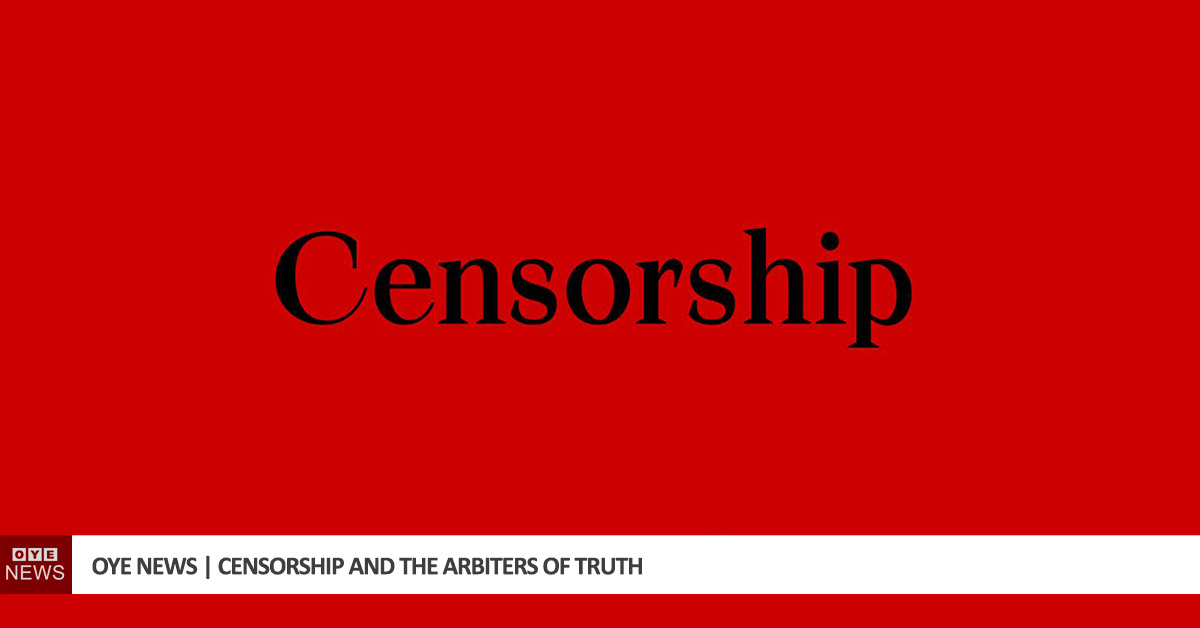 Those which oppose our truth will be banished from the public arena, their voices quashed forever. For there is no place for doubt, query or discussion.

Our truth can be verified at any of the media and fact-checking sites that we recommend. But be careful, if it is not an organisation we recommend they are likely dissenters.

This my friends is exactly what is happening right now, what is and what isn’t is being set in stone, all avenues for debate are being shut down. And yet, many seem to cheer this move on, why is this?

Well, a large part of the reason so many support censorship is due to the phenomenon known as Cognitive Dissonance.

The term cognitive dissonance is used to describe the mental discomfort that results from holding two conflicting beliefs, values, or attitudes.

People tend to seek consistency in their attitudes and perceptions, so this conflict causes feelings of unease or discomfort. – Very Well Mind[1]

People struggle to deal with information that is in conflict with what they currently believe, it can be distressing and upsetting, so when this information gets denounced as lies, as pseudoscience or a conspiracy theory, you unconsciously support and applaud the move.

Best of all, it is the one you hold most dear that tells you it is all lies; it is your master, your keeper. The State.

Statism is a cult, and as with any cult, all those within the cult suffer from Stockholm Syndrome at some level.

Stockholm syndrome is a condition in which hostages develop a psychological bond with their captors during captivity. – Wikipedia[2]

The state and all their tentacles of power rely on this to remain in power, much like religion relies on faith, the state relies on its captives to have faith in them, no evidence of good intention is required, just faith that they do.

Think about it, just about everyone speaks about how the Government lies, how the mainstream media lies, how politicians care little for their people and only about themselves, we hear and see the lawsuits against giant pharmaceutical companies for misleading people, falsifying data and effectively killing people, all the crimes of all factions of the state are known by most – and yet, when it comes down to it, when they are asked to hop on one leg off the edge of a cliff, they do so.

Not only will people do so, they will actively denounce those that do not.

He gazed up at the enormous face. Forty years it had taken him to learn what kind of smile was hidden beneath the dark mustache. O cruel, needless misunderstanding! O stubborn, self-willed exile from the loving breast!

Two gin-scented tears trickled down the sides of his nose. But it was all right, everything was all right, the struggle was finished. He had won the victory over himself. He loved Big Brother. – George Orwell, 1984[3]

This new undeniable truth is delivered to the hearts and minds of the population through television sets and the internet.

Television has always been an easy medium of information to control, the cost to broadcast is generally out of reach for most, and if by chance someone does, well there are plenty are plenty of agencies now in place to ensure unwanted content never makes it to air.

But the real power is held in the newest medium to the arena, the internet. With its entanglement into every aspect of our lives, wherever we are and at any time, the internet is everything a psychopathic elite could ever want, with one exception, one major problem. Anyone can join the arena.

A problem indeed, but a problem which had a solution, it was just going to take time. So in the early days of the internet we had static websites, the internet was filled with weird and wonderful content from all walks of life.

In these early days there wasn’t really any usable search engine, so there was literally no way to drive users to specific content – website addresses were spread by word of mouth, recommendation from a friend and so on.

It wasn’t until around 1993 we really began to see something that resembled a search engine. But these were still limited, they relied on website submission, almost like a directory. All sites in the directory could then be searched for keywords and phrases.

But still there was little ability to control where people went, and what they could find. It was all down to the website publisher to do the hard work of getting their site out there.

Throughout the 90’s many more search engines began to surface, from AltaVista through to what we now know as Google.

It really wasn’t until 2003 Google began to concentrate on their search algorithm, starting with trying to stop simple tricks used by many, such as keyword stuffing. As the years went on and as Google effectively monopolized the market, they began to introduce features that allowed control of content flow.

Now almost 25 years on from Googles inception, they are the gatekeepers to the internet for over 90% of all internet searches[4]. Google also took on YouTube, a media sharing platform which would eventually become the most frequently used media platform in the World.

But the search engine is just but one layer of the internet control grid, social media is equally important in how we got to where we are.

Facebook and Twitter have become over the years one of the most commonly used resource for people to find out what’s going on in the World. In fact 49% of people get their news directly from social media.

But in reality anyone who is on social media, which is just about everyone in the developed World is having their reality shaped by what is displayed on their social ‘newsfeed’. With access in every pocket via a smart phone, laptops and tablets now commonplace in every household – Social Media companies literally have the power to sway the emotions and perceptions of entire populations.

In fact, Facebook already got caught doing such experiments on its users:

For one week in 2012, Facebook skewed nearly 700,000 users’ news feeds to either be happier or sadder than normal. The experiment found that after the experiment was over users tended to post positive or negative comments according to the skew that was given to their news feed. – The Independent[6]

Between Facebook, Twitter, and of course Google they effectively control the internet. They are the gatekeepers and as we are finding out, the Truth Makers.

Blinken: We're Not Halting Gas and Oil Purchases from Russia Because We're Trying to Minimize 'Pain to Us'

The 7 Best Soviet Military Songs to Play on Victory Day