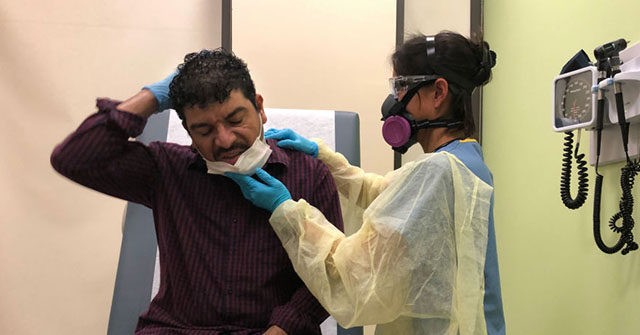 Democrats in Connecticut are hoping private sector insurance companies will help them expand health care in the state by having the businesses subsidize coverage not only for low-income residents but for migrants who are living in the state illegally.

A local news outlet reported on the development, including referring to people living in the state and country illegally as “undocumented.”

In addition to creating a public option through state Comptroller Kevin Lembo’s office to compete with insurance companies and lower premiums, this year’s legislation would seek to raise millions to help undocumented residents afford health insurance and increase the subsidies those below 200 percent of the federal poverty level currently receive. The plan will cost about $50 million, most of which the state expects insurance companies to pay.

Republican lawmakers are again pushing the idea of a federal reinsurance waiver, which would leverage federal funding to pay for the highest-cost claims and lower health insurance costs for everyone else.

“I don’t get it, but then again I’m looking at it from the middle-class perspective,” Kelly said. “Health care premiums in Connecticut are way, way too expensive. They are crushing the middle-class family.”

“Middle-class families were promised eight years ago by the Democrats that they would have affordable health care —  that promise has not been delivered,” Kelly said.

“The administration is looking at an assessment, similar to the one that passed the House on a bipartisan vote in 2019, that will sustainably fund a program making health insurance more affordable for the working families of Connecticut,” Democrat Gov. Ned Lamont’s chief of staff, Paul Mounds, told CT News Junkie. “The proposed bill tasks OHS [Office of Health Care Strategy] with developing a plan to do the most good within the limited resources available.”

Mounds added, “That plan could include reinsurance, but is more likely to include support targeted at certain income brackets.”

But Democrat State Sen. Matt Lesser said whether the insurance companies pass the assessment along to consumers will be their decision.

“That’s going to be a market decision,” Lesser said.

Susan Halpin, a lobbyist with the Connecticut Association of Health Plans, said subsidies are not always bad but punishing some people to help others is not what legislators should be doing.

“None of it addresses the underlying cost of care, which is the real problem,” Halpin said. “It just Band-Aids the issue.”