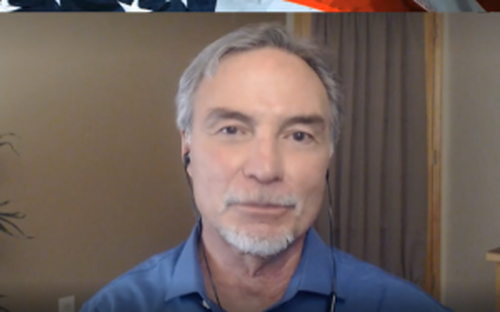 Rubino explains, “When you bankrupt your country, your politics are inherently corrupted by that bankruptcy, and that’s what is happening to us…”

“We created a financial system . . . that is run by an aristocracy.  It’s not a Right/Left, liberal, socialist or conservative aristocracy.

Look at Mitch McConnell, the big Republicans and the big Democrats.  They are not socialists, and they are not capitalists–they’re aristocrats.  They are mainly interested in a system where the rules apply to you and me but do not apply to them. . . . You need to view those guys as Dukes and Duchesses whose main job is to maintain power over the peasants, then their behavior makes complete sense. . . . Seeing them that way makes their motivation and behavior pretty much crystal clear.”

Rubino contends, “This won’t change.  You’ve got to have all the peasants grabbing their pitch forks and heading to the castle before it changes…”

“In the meantime, we are stuck with this system, and it has given us the biggest financial bubble in human history.  That sounds like hyperbole and click bait, but it’s actually not.  If you look at the big financial bubbles we have lived through, junk bond bubble . . . tech bubble and then the housing bubble, they were sector specific financial bubbles where one asset class just blew up.  They became the center of a mania, crashed and almost took down the whole economy.  We now have at least four and maybe five bubbles of that magnitude all going at the same time.  That’s why they call it the ‘Everything Bubble.’ . . . When this thing blows, it’s not just going to be one sector tanking.  It’s going to be all the sectors tanking at once.  It’s going to be astounding.  I wouldn’t want to be Joe Biden when that happens. . . . This is going to be an impossible thing to govern.”

Rubino warns, “When it becomes obvious that there are no tools to fix any of these markets that are blowing up, that shifts the attention over to currencies…”

”  Because if we can’t fix the financial markets, why would we want to hold these currencies when everything in these financial markets that these currencies kind of govern are going crazy?  So, when this thing blows up, it will shift the pressure over to the dollar.  Thus, this is the whole DollarCollapse.com thing.  Nobody is going to want to hold the dollar or the euro or the yen.  It won’t matter what the governments do because there will be nothing effective for them to do.  That’s when things get really crazy, and people will be glad they have gold and silver among a handful of other things.  It’s completely possible we end back up on a gold standard in 10 years with gold at $10,000 per ounce.  If you are a stacker, this chaos is less terrifying to you because you know your financial life is going to be okay no matter what happens to housing, tech or whatever. . . . We think we have lived through some tough times in the financial markets, but we have never seen anything like what is coming.”

Join Greg Hunter as he goes One-on-One with the founder of DollarCollapse.com, John Rubino.

There is much free information on DollarCollapse.com. If you want personalized contact with John Rubino, and get his latest articles delivered directly to your inbox, you can sign up for his subscription service (also FREE) by clicking here.  Rubino tells me he does not sell his email list

English Football Match Hit With Yet Another ‘Medical Emergency’ 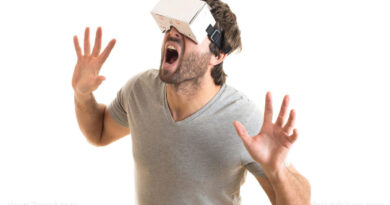 Meta MADNESS: World Economic Forum to have leadership role in the metaverse