Today the Media Research Center (MRC) released a letter co-signed by LifeSiteNews Editor-in-Chief John-Henry Westen calling for probes into Google, Facebook, and Twitter for possible violations of the Consumer Protection Statute in each state.

Representatives of Students for Life of America, the American Principles Project, the Center for Family and Human Rights, the Babylon Bee, and other conservative organizations also signed the letter.

It asserts that Facebook, Twitter, and Google, which owns YouTube, “may have knowingly and intentionally violated their terms of service by publicly claiming their services were neutral platforms when in fact they are not.”

As evidence, the MRC included the sworn testimony of the CEOs of each of the companies in question, wherein the executives all claim that their products are “non-partisan platforms for communication.”

For example, Twitter CEO Jack Dorsey told the U.S. Senate Committee on Commerce, Science, and Transportation that “Twitter’s purpose is to serve the public conversation. People from around the world come together on Twitter in an open and free exchange of ideas.”

The letter pointed out that this contrasts directly with the actions taken by Twitter following the January 6 riot at the US. Capitol, at which time the social media giant “made the unprecedented move to remove President Trump’s account – as well as his campaign account – altogether from its platform.”

The CEO of Google and its subsidiary YouTube has claimed that the company is committed to “protecting the quality and integrity of information on our platforms, and supporting our democracy in a non-partisan way,” adding that “We approach our work without political bias, full stop.”

But the experiences of PragerU and The Federalist have been anything but unbiased, MRC stressed: “Google threatened to demonetize The Federalist and severely limit the reach of PragerU, an influential conservative organization which utilizes videos to spread conservatives [sic] ideals.” MRC also pointed out that free speech social media alternative Parler was removed from Google’s Play Store, leaving android smartphone users unable to download and access the platform.

As a confirmation of their biases, MRC showed that, while Facebook and Twitter have a clear record of “cancelling” conservative commentary on their platforms, “neither Facebook’s [Mark] Zuckerberg nor Twitter’s Dorsey could come up with a single example” of censoring a liberal-leaning account during a Senate hearing in October 2020.

MRC concluded from the foregoing that “Google/YouTube, Twitter, and Facebook therefore all appear to be engaging in deceptive trade practices,” and thus “they are open to investigation in your state under your state’s consumer protections laws.”

The letter also mentioned the undeniable “key role” of Big Tech in “swaying the election to make Joe Biden president of the United States.”

In addition to having our own channel completely removed from YouTube, just this morning LifeSiteNews took another blow from Google, which moved to de-platform us from its Google News and Google Discover interfaces following an alleged breach of their content policies.

The alleged breach was in relation to articles published on LifeSiteNews that contain accurate medical information regarded by Google as violating their “medical content” policy: “We do not allow content … from any site that contradicts or runs contrary to scientific or medical consensus and evidence-based best practices.”

The guidelines stipulate that “[s]imple deletion of violating content” is not sufficient to have Google lift the ban, but that a thorough “[r]eview and update” of our content “to comply” with their policies is necessary, if we wish to be restored on their Discover and News platforms.

LifeSite was informed that a normal Google search for our website and pages will not be affected by the ban.

You can contact your state attorney general here to send them a copy of MRCs professionally drafted letter.

Share on TwitterShare on FacebookShare on WhatsAppShare on RedditShare on PinterestShare on LinkedInShare on TelegramShare on PocketShare on Email
Tags: USA, World, Abortion, Freedom, Politics - U.S., Politics - World, 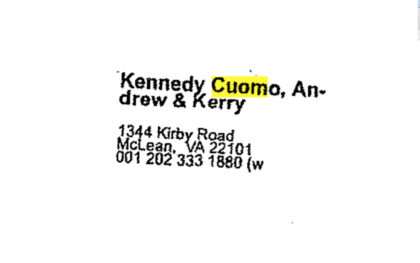 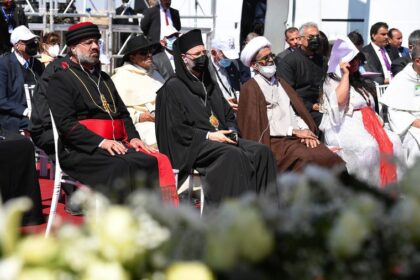 There is Only One Pope: Ratzinger’s Strange Interview and Pope Francis’ Fake Interreligious Gathering

Grocery Shopping In The New America