WASHINGTON, February 24, 2021 (LifeSiteNews) — Top House Democrats are pressuring Big Tech and cable carriers to crack down on right-wing media outlets, including Fox News and Newsmax, in a new campaign against conservative speech.

On Monday, Reps. Jerry McNerney (D-CA) and Anna Eshoo (D-CA), members of the House Energy and Commerce Committee, sent letters to the heads of twelve cable and streaming companies, pressuring them to punish right-wing channels in the wake of the January 6 Capitol protest.

The letters took aim at Comcast, Verizon, Amazon, Apple, and other cable providers, alleging that they had “a major role in the spread of dangerous misinformation” that led to the breach of the Capitol and that “hinders our public health response” to COVID-19.

“Our country’s public discourse is plagued by misinformation, disinformation, conspiracy theories, and lies” that “undergird the radicalization of seditious individuals who committed acts of insurrection on January 6” and “a growing distrust of public health measures,” Reps. McNerney and Eshoo wrote.

“We are concerned about the role AT&T plays in disseminating misinformation to millions of its U-verse, DirecTV, and AT&T TV subscribers, and we write to you today to request additional information about what actions AT&T is taking to address these issues,” a letter to AT&T CEO John Stankey reads.

Fox’s so-called “misinformation” included “emphasiz[ing] the economy and reopening schools 46 times despite public health concerns,” according to the report. Media Matters admitted that “concern over the health risks for teachers and other faculty remains an unanswered piece of the puzzle.”

“AT&T currently carries Fox News, Newsmax, and OANN on U-verse, DirecTV, and AT&T TV. As a company that serves 17 million Americans, AT&T plays a major role in the spread of dangerous misinformation that enabled the insurrection of January 6th and hinders our public health response to the current pandemic,” Reps. McNerny and Eshoo wrote.

“Are you planning to continue carrying Fox News, Newsmax, and OANN on U-verse, DirecTV, and AT&T TV both now and beyond any contract renewal date? If so, why?” they asked.

The letters make no mention of the numerous left-leaning media outlets, including CNN, that celebrated the more than 500 Black Lives Matter riots that led to the deaths of dozens Americans and an attack on the White House last summer.

They also failed to address COVID-19 misinformation habitually peddled by the mainstream media, including denials of the well-established benefits of hydroxychloroquine, ineffectiveness of lockdowns, and strong probability that the virus escaped from a Chinese lab.

Conservatives have slammed House Democrats’ latest partisan attack on free speech. Federal Communications Commission (FCC) commissioner Nathan Simington called it an attempt “to intimidate into silence those who would distribute on their platforms disfavored points of view.”

“By writing letters to the cable providers and other regulated entities that carry [Fox News, OANN, and Newsmax], the Democrats are sending a message that is as clear as it is troubling — these regulated entities will pay a price if the targeted newsrooms do not conform to Democrats’ preferred political narratives,” FCC commissioner Brendan Carr said in another statement on Wednesday.

Fox News also responded to the letters, saying that they set “a terrible precedent.”

“For individual members of Congress to highlight political speech they do not like and demand cable distributors engage in viewpoint discrimination sets a terrible precedent,” Fox’s statement reads.

McNerney’s and Eshoo’s campaign against right-wing media is hardly the first time that Democrats have pressured companies to deplatform conservative media in recent months.

Left-wing lawmakers and media outlets began pushing cable companies to purge Newsmax, Fox News, and other channels within days of the Capitol protest last month. “So why do AT&T (which I should note is CNN’s parent company), CenturyLink, and Verizon carry OAN? Why do AT&T, CenturyLink, Verizon, Comcast, Charter, and Dish carry Newsmax? And why do they all carry Fox…?” a CNN contributor wrote on January 8.

In November, after YouTube temporarily suspended and demonetized OANN over COVID content, a group of four Democratic senators demanded that the video platform go even further.

“We urge you to immediately remove all election outcome misinformation and take aggressive steps to implement prohibitions, as other social media companies have done, regarding outcomes in future elections,” the senators wrote. YouTube announced that it would be removing all videos discussing allegations of election fraud two weeks later. 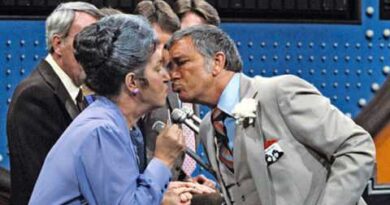