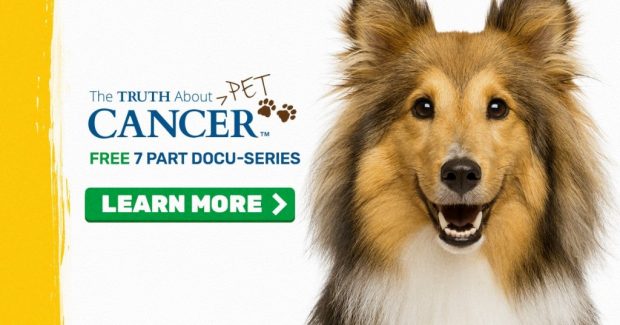 A recent study has found that glyphosate and its derivatives are widespread in the urine of cats and dogs. Glyphosate, the active ingredient in Roundup and the world’s most commonly used herbicide, has been classified as a “probable human carcinogen” by the International Agency for Research on Cancer, and it’s a known carcinogen to animals.

There have been more than 125,000 lawsuits against Bayer, the company who owns Roundup, claiming that the company knew that glyphosate causes cancer and that company executives deliberately kept the information from regulators and consumers. In the most recent case, a jury awarded $2 billion in punitive damages to a couple who say that glyphosate caused their non-Hodgkin lymphoma.

As more evidence is presented and juries continue to hand down punishing verdicts regarding the herbicide, this new study poses questions about its effect on our pets – and the extent to which this chemical is poisoning our planet. Despite thousands of lawsuits, billions of dollars in damages, and loss of human life, glyphosate is still sprayed on fields worldwide to the tune of over 300 million pounds a year in the U.S. alone.

The Dangers of Glyphosate in Pet Food

Dogs and cats develop cancer at nearly the same rate as humans, with about 12 million new cases in the U.S. annually. And while this study did not evaluate the connection between glyphosate exposure and cancer in pets, one thing was clear: cats and dogs are consistently and significantly exposed to this toxic and carcinogenic chemical. And the reasons may be worse than you think.

An original hypothesis was that dogs and cats were primarily exposed to glyphosate by spending time on grounds treated with the herbicide. Their close proximity to the ground makes pets particularly susceptible to toxins found in cleaning and gardening products. But the study found that cats, who spend less time on lawns and other outdoor areas than dogs, had much higher levels of glyphosate and its byproducts in their urine.

This shows that the toxins aren’t only retained in soil; they’re present in the food and water supply. Common packaged pet foods are heavy in corn, soybean, and canola products, of which over 90% are genetically engineered to be resistant to glyphosate, implying that they are likely to be treated with the chemical.

Heavy processing combined with the use of added preservatives, fillers, and food dyes makes the situation even worse – contributing to chronic health problems like obesity, periodontal disease, diabetes, arthritis, and cancer. According to a 2018 study published in Environmental Pollution, glyphosate was detected in all pet food samples at a median concentration of 198μg/kg dry weight, which was higher than the concentration reported in human foods.

Is Our Water Safe from this Toxic Chemical?

It’s also in our water supply. The researchers evaluated not only glyphosate, but also two of its byproducts, methyl glyphosate (Me-Glyp) and aminomethylphosphonic acid (AMPA). U.S. Geological Survey data shows that glyphosate is present in more than half of all surface waters, soil, and sediment. AMPA is even more commonly detected, showing up in more than 80% of wastewater samples collected at municipal treatment plants.

And while Bayer continues to insist that its product does not cause cancer, evidence revealed in court shows otherwise. Our team has been reviewing thousands of pages of evidence from trial, including internal emails and depositions of Bayer/Monsanto employees. These documents tell a harrowing story in which company executives work closely with the government and FDA to protect their profits.

Company researchers who have said unequivocally that they cannot show that glyphosate is not carcinogenic have been shunned and denounced by their coworkers. Monsanto has even gone so far as to write their own studies and publish them through a third-party — an extreme violation of research ethics by any standard.

Most importantly, leaders in the company were and continue to be fully aware that their products cause cancer. But as long as they write their own studies and have the protection of government agencies like the FDA and EPA, they believe they can hide the truth. They are willingly poisoning billions of people and pets to turn a profit.

Unfortunately for Bayer, that plan isn’t working so well, as they’ve lost almost half of their market capitalization since acquiring Monsanto less than a year ago. The truth is a powerful weapon against evil, and each case, verdict, and study is exposing this corporation for the murderous, greedy liars they are.

3 Ways to Protect Your Pets

When it comes to our pets, it seems that they are yet another casualty of Bayer’s crimes. Studies have linked glyphosate to cancer, kidney failure, chromosomal damage, and immune system damage. And when combined, the chemicals found in Roundup are 1,000 times more toxic than glyphosate alone.

But we can give our pets (and ourselves) a fighting chance. While the widespread use of glyphosate is making it harder and harder to avoid, there are steps you can take right now to protect your family members, including the 4-legged ones. And it starts with simple, daily decisions.

The first and most important thing to do is remove GMOs from your home. We’ve written before on how to shop for organic, non-gmo products. The reason Roundup is so valuable is not the money from the herbicide itself, but the sale of seeds genetically modified to be resistant to the poison. Bayer is the world’s largest seed and crop chemicals company, controlling a quarter of the global seed supply.

Shopping for organic, non-GMO food is not usually the easy choice, but it’s the right one.

Second, invest in a water filtration system for your home. The majority of U.S. groundwater tests positive for AMPA. Combined with other harmful ingredients used in the purification process, the water coming from your faucet simply can’t be trusted as safe. A whole-home filtration system is the best way to provide pure, decontaminated drinking water for your family and your pets.

3 | Treat Your Pets to a Natural Diet

Finally, feed your pets a diet similar to what they eat in nature. Many experts who’ve studied animal dietary patterns in the wild agree that a whole food diet composed of mostly meats, organs, and bones, supplemented to a much lesser extent with vegetables, is the way to go for both cats and dogs.

Generally speaking, the proper nutrient ratio for dogs is about 75% meats, fats, organs, and bones, and 25% vegetables. Cats are a little more carnivorous, with a diet ideally constituting about 88% meats, fats, and organs (bones are bad for cats) and 12% vegetables.

Editor’s Note: This article was initially published in May 2019 and was updated in March 2021.

For more information on how to keep your furry friend happy, healthy, and cancer-free, check out what some of the world’s leading experts have to say.

Discover The Truth About Pet Cancer

Tilting of Earth’s crust governed the flow of ancient megafloods 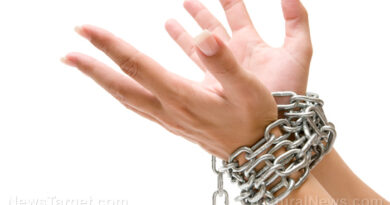 Let’s Talk America: Democrats, globalists tearing down the US to “Build Back Better” â€“ Brighteon.TV 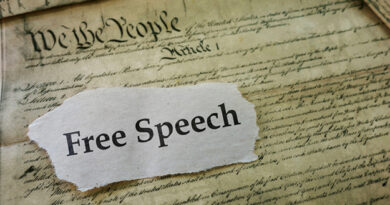