Youths from Three African Countries Made Up 75 Per Cent of Underage Migrant Arrests in Paris: Report 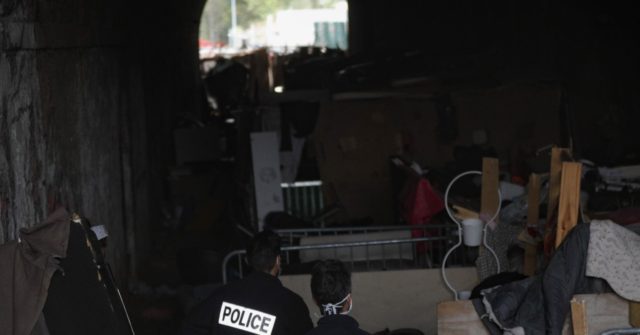 In 2019 and 2020, following the easing of lockdown restrictions, asylum seekers from three North African countries made up 75 per cent of the minor migrants arrested in Paris.

In 2019, the country saw an estimated 17,000 underage migrants arrive, but most were from Guinea, Mali, and the Ivory Coast, French newspaper Le Monde reports.

The Directorate of Judicial Protection of Youth (DPJJ) has estimated that about 10 per cent of all minor migrants — 2,000 to 3,000 people —- are engaged in crime. The majority are originally from the North African region known as the Maghreb.

The report stated that in 2019, 75 or cent of underage migrants arrested were from the three north African countries and following the easing of lockdown restrictions last year, and the number was just as high. Le Monde also reports that cities across France face similar issues with underage migrant criminals from the Maghreb.

“Mostly young men from Maghreb countries distinguish themselves from other MNAs by chaotic migration routes that are particularly traumatic, and then by a life of wandering once they arrive in France. Often the victims of trafficking networks, they are delinquents and drug addicts,” the DPJJ notes.

The politicians’ report has several recommendations on how to handle the issue of minor migrant crime, chief among being a call to make sure they were not lying about being underage. The report estimated that at least half of the minor migrants in Paris claiming to be 16 or 17 are actually over 18.

The authors also called for fingerprints and other data to be kept for migrant criminals. The data should be shared with authorities in North African countries, they said, noting the success of a partnership between Paris police and Moroccan police in 2018 that helped identify at least 320 Moroccans.

The operation led to the arrests of over 1,500 migrants in total, but very few were deported back to Morocco, according to a report that year.

Minor migrants have also become a problem in French prisons.  The newspaper Le Figaro reported last month that a surge in violence was blamed on a large influx of foreign minors, including brawls, verbal assaults, and even an incident of arson.