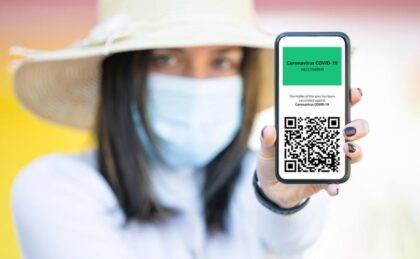 Israel has rapidly deteriorated into a segregated culture that discriminates against people who have not received experimental COVID-19 vaccinations, say Israeli citizens who are reaching out for help on media platforms. 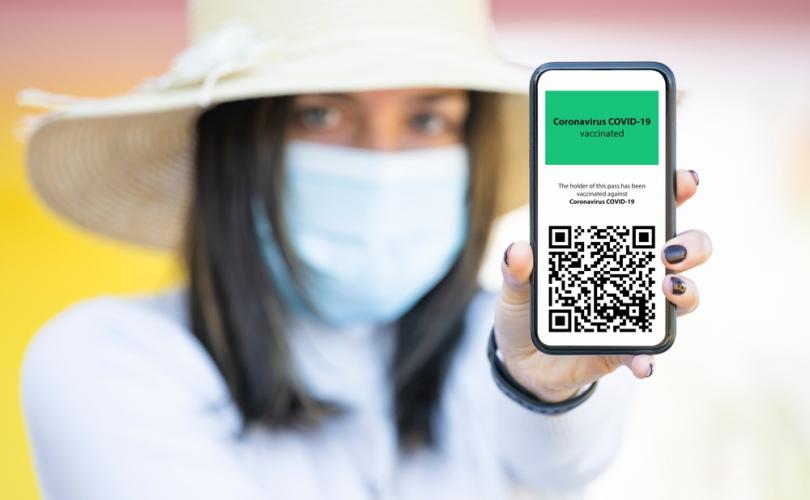 “It’s very intense over here in Israel. I don’t know how much you see,” said Ilana Rachel Daniel in a video posted March 3rd on Bit Chute.

“They’re making this green passport where half the population cannot get into theaters or malls or all sorts of things unless you have taken the vaccination. They are creating a medical Apartheid,” Daniel said.

In Israel, Refusing COVID-19 Vaccination Means ‘Your Life Is Basically Over’

Part of a program dubbed Operation Back to Life, the “Green Pass” system restricts entry to registered gyms, theaters, hotels, restaurants, universities and secondary schools to holders of scannable vaccine passport only.

“This is the first step back to an almost normal life,” Israeli Health Minister Yuli Edelstein said at a briefing about the program which began rolling out last week.

Students in Grades 7 to 10 were to be allowed to return to classes this week in jurisdictions where 70% of the population over age 50 had been vaccinated.

Universities and other educational institutions were to open for in-person classes as of Sunday to green pass holders only. Those who have not been vaccinated will be permitted to attend online classes only.

Restaurants are to allow vaccinated green pass holders the right to eat indoors, while non-vaccinated people are allowed to eat outside only.

Violators of the government order are to be fined 5000 New Israeli Shekels (NIS) which is about $1,500 USD.

Israeli students have been required to have COVID vaccine injections to allow them to sit their end of high school matriculation exams, according to a BBC report in January.

Matriculation exam results can affect whether or not they go to university and their placement in the compulsory military service.

The passport is delivered by a government-run website which issues a green certificate featuring a high-security scannable QR code by text, email or regular mail delivery, according to a report in the Jerusalem Post.

People in Israel are expected to present their green passport for scanning along with personal identification before entering registered businesses.

The government statement issued Saturday said that the prohibition on the entry of Israelis by air to the country is cancelled (land crossings remain in place), allowing Israeli citizens and permanent residents to enter Israel.

“Those holding vaccination or recovery certificates will be able to exit Israel freely,” however, the statement adds.

Earlier in the month, Edelstein told the public that “vaccines won’t be mandatory, but anyone who forges a vaccine certificate will go to jail.”

The Israeli Health Minister has also said that soon employers will be required to have their staff vaccinated, or to undergo coronavirus testing every 48 hours.

Israel’s COVID-19 vaccination drive has been the fastest in the world where 10% of the population received experimental vaccines between December 19 and the end of 2020, and 50% of the country’s nine million residents had received at least one COVID vaccine shot by February 26, according to a statement by Health Minister Edelstein.

“I agreed with my friend, Pfizer Chairman and CEO Albert Bourla, that we would bring shipment after shipment and complete the vaccination of the over-16 population in Israel during March,” Israeli Prime Minister Benjamin Netanyahu tweeted on January 10.

Pfizer’s Bourla canceled a scheduled trip to Israel because he has not received his second dose of Pfizer’s COVID-19 vaccine, the Jerusalem Post reported on Sunday. The CEO said he did not want to “cut in line” for his company’s injection and has delayed his visit to the country where he is looking at establishing a manufacturing site.

On February 24th the Israeli parliament passed a law allowing the government to share the names, addresses and phone numbers of people who had not received a COVID vaccine with other authorities in the ministries of education and welfare.

“They’re making people wear an ankle bracelet, a security bracelet when they come back from travelling,” said Daniel who is affiliated with the Rapeh party. “It’s absolutely insane.”

People are being offered electronic security ankle bracelets, similar to those worn by prisoners, to monitor their whereabouts after they travel outside of Israel instead of being forced to house in quarantine facilities, The Jerusalem Post reported February 25th.

“We call it a ‘freedom bracelet’ because we are not locking anybody up, but rather giving them the opportunity to go home,” Ordan Trabelsi, president and CEO of SuperCom, the company behind the surveillance system told the paper.

“They’re censoring us and attacking us and they won’t allow any media. Nothing. They took away the head of the party’s medical license,” said Ilana Rachel Daniel. Daniel is affiliated with the Israeli political party, Rapeh, which means “heal” in English.

The Rapeh Party was founded by medical doctor Aryeh Avni whose medical license was revoked by Israel’s Health Ministry on February 24th when a judge ruled he was “a ‘stumbling block,’ whose behavior poses a real danger to public safety and health.”

“They removed our platforms from Facebook and now they won’t let the media even write about us. So we want to ask all the international [inaudible] – anywhere we can get – to publicize what we are saying.”

“If I stop to think about it I will cry you know,” said Daniel, who can be heard breaking down in tears. “We just keep fighting you know, fighting as much as we can.

“We need everybody’s help because whatever happens here will happen everywhere,” she said. “So, we’re fighting for ourselves and we’re fighting for the whole world. We need to help…every hand on deck.” Daniel has since recorded an hour-long interview with British journalist James Delingpole.

In another video, posted on the Facebook page Radiant Israel on February 18, Israeli Gilad Rosinger described the green passport system as a “pre-holocaust agenda.”

“If you do not submit to this wicked, demonic, tyrannical agenda, if you choose to say, ‘you know what, I’m not ready to participate in this experimental program,’ then you are now considered a second class citizen in Israel,” Rosinger said.

“My grandfather was the only survivor out of his whole family of the Holocaust and this is exactly how it started. With discrimination, with essential and non-essential businesses, with people saying that Jews are second class citizens,” he said.

High level Israeli government officials are talking about sending police to the homes of unvaccinated people and demanding that their names be released, Rosinger said.

Israeli media reported that 4,500 people were diagnosed with COVID after receiving a first coronavirus vaccine, and that of those 375 were hospitalized.

Calling the new Israeli society a “Twilight zone” that is being “cheered on” by mainstream media, he added that many people are afraid to speak out.

“We need to sound the alarm,” said Rosinger. “Where are the international human rights courts on this? Where are the lawsuits? Where is the outrage? You don’t even have to believe in God to know that this is wrong.”

Redpilled Ron Johnson Wakes Up To The Demographic Question