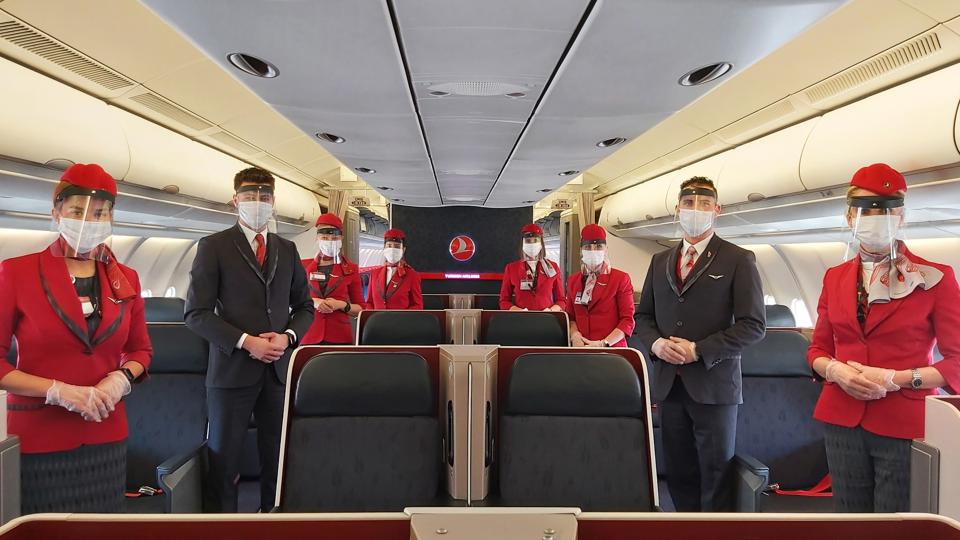 Like sheep, humanity had better adjust to constant harassment as long as it tolerates Illuminati control of all important government and social institutions.

On March 20, 1969, Rockefeller insider Dr. Richard Day (1905-1989) gave a speech to the Pittsburgh division of the American Medical Association in which he predicted:

“Travel… would become very restricted. People would need permission to travel and they would need a good reason to travel. If you didn’t have a good reason for your travel you would not be allowed to travel, and everyone would need ID… later on some sort of device would be developed to be implanted under the skin that would be coded specifically to identify the individual.” (Tape two)

Although prohibited, Dr. Lawrence Dunegan made notes and related the contents of the speech to Randy Engel who made them available on tape.

Dr. Dunegan reveals not just “WHAT” is intended for America and all people in the world, but “HOW” the controllers intend to carry out their plan.

Dr. Day, left, said: “Everything is in place and nobody can stop us now …”

“Next heading to talk about is HEALTH & DISEASE. He said there would be new diseases to appear which had not ever been seen before. Would be very difficult to diagnose and be untreatable — at least for a long time.”

No elaboration was made on this, but I remember, not long after hearing this presentation, when I had a puzzling diagnosis to make, I would be wondering,

Day also covered topics such as:

• People will have to get used to change — everything will change, constantly
• The REAL and the “STATED” goals
• Population Control
• Permission to have babies
• Redirecting the purpose of sex — sex without reproduction and reproduction without sex
• Sex education as a tool of World Government
• Encouraging homosexuality… Sex, anything goes
• Euthanasia and the “Demise Pill”
• Limiting access to affordable medical care makes eliminating the elderly easier
• Planning the control over medicine
• Elimination of private doctors
• Suppressing cancer cures as a means of population control
• Inducing heart attacks as a form of assassination
• Education as a tool for accelerating the onset of puberty and pushing evolution and MUCH, MUCH MORE

The complete transcript of these tapes are available here.

As long as the masses refuse to acknowledge the Illuminati conspiracy, they will continue to be complicit in their own destruction.

For months on end in 2010, we have been bombarded with propaganda about the Swine Flu. Millions have been vaccinated. Billions of profits have been made. These vaccines might have been harmless. Who knows about the next? What we do know is that, generally speaking, Swine Flu proved to be less dangerous than seasonal flu.

Then, recently for over a week, we were bombarded with hysteria about weather change (aka “climate change.”) The Club of Rome concocted this bogeyman back in the 1980s.

We must regard official society as a brainwashing chamber where we are being subjected to trauma-based mind control. Other traumatic events from the last decade include 9-11, the Tsunami, Hurricane Katerina, the great Northeastern power black-outs, the financial meltdown, and the wars in Iraq and Afghanistan.

It’s been a good decade for the Illuminati. Society is far more fearful and pessimistic, far more willing to accept totalitarian control.

THE KEY TO OUR EXASPERATION

In the Protocols of the Elders of Zion, the author writes that their goal is: “To wear everyone out by dissensions, animosities, feuds, famine, inoculation of diseases, want, until the Gentiles sees no other way of escape except by appeal to our money and our power.” (Protocol 10)

“We will so wear out and exhaust the Gentiles by all this that they will be compelled to offer us an international authority, which by its position will enable us to absorb without disturbance all the governmental forces of the world and thus form a super-government.” (Protocol 5)

Harold Rosenthal who was a member of this cabal boasted that they even implanted a “guilt complex” over the holocaust and anti-Semitism that prevents society from addressing the threat.

Through control of banking, they acquired a total monopoly of “the movie industry, the radio networks and the newly developing television media…we took over the publication of all school materials… Even your music! We censor the songs released for publication long before they reach the publishers…we will have complete control of your thinking.”

We “have put issue upon issue to the American people. Then we promote both sides of the issue as confusion reigns. With their eyes fixed on the issues, they fail to see who is behind every scene. We, Jews, toy with the American public as a cat toys with a mouse.”

It would be great if the problem could be confined to “Jews” but literally everyone who advances the New World Order agenda wittingly or unwittingly is implicated, and that is, millions of people, i.e. the “Establishment.”

The Illuminati central banking cartel controls government credit, media, banking, corporations, education, professional associations, justice, military… you name it. They use Freemasonry as their instrument. Recently, I posted an article about how they control the US Black community using the Masonic “Boule.” The same principle applies everywhere.

Society operates on two rails. The formal — the image of a democracy ruled by law that dupes the masses and ensures their cooperation. The informal — the Illuminati club, which actually makes the decisions regardless of what’s happening on the formal level. The informal infiltrates the formal until the latter is merely a mask for the former.

Want to succeed? Join the club of secret Satan worshipers. That’s what Barack Obama did.

In a post May 29, 2009, Emily Gyde, an Illuminati defector who claims to be the real author of the Harry Potter series, says Obama told her this:

“I remember PRESIDENT OBAMA talking to me about how he had joined the ILL CULT – he didn’t want to – but he described himself as just an ordinary guy who wanted to take a wage packet home… that is how it was… he didn’t want to end up on the streets… at the end of the day, it was all about money… you had to have it to live… if he hadn’t joined the ILL CULT… he would have been disbarred… he wouldn’t have got a job… wouldn’t have been able to live… that’s how a lot of people get conned into joining the ILL. You are young, you want to prove yourself in life — you are told that you will ‘never get a job’ if you don’t… the ILL prove how powerful they are.”

When I was a sixties radical, we used to think people who worked for the Establishment had sold their souls to the devil. I didn’t imagine it was literally true, as the Illuminati are Satan worshippers, so you’re unwittingly working for his disciples.

The world has been colonized by this Satanic cult. What we are experiencing, while trying to maintain some civilized traditions over Christmas, is their relentless attempt to induct us into their cult as mind-controlled servants.

Scott Morrison gets help, to cover up his corruption and dodgy past, from Amazon and its billionaire owner Jeff Bezos and CEO Andy Jassy

Top Cardiologist: There is a Worldwide Plot to Suppress Early COVID Treatments