Far North Queensland motorists should not expect relief anytime soon from the single lane and permanent traffic lights installed on the Barron River Bridge at Kuranda.

Cairns News can reveal The Main Roads Department has secured traffic controlling companies on a contract for five years while engineers attempt to repair significant structural damage to the 60 year-old concrete and steel bridge.

We can further report that a consultant has been appointed to investigate the proposed new Reddicliffe Track which leaves the Kennedy Highway east of Davies Creek direct to Redlynch Valley, a distance of 18 kilometres.

The new road will not cross any major rivers or creeks and is a simple ‘cut and fill’ construction. Proponents of the new road including the Member for Kennedy Bob Katter have asked the state government to excise a 100 metre-wide easement through the State Forest direct to Crystal Cascades Road where the new road emerges.

The easement has been designed to cater for a new railway line to pick up the existing line at the Freshwater Valley loop. Stage two of the new road would see construction of a railway line directly to Biboohra from where the new road intersects the Kennedy Highway. This new line would pick up the existing line at Biboohra then to Mareeba.  It would exclude the Kuranda Range rail line and tunnels.

The estimated cost of the new road at under $200 million, would be an extension of Highway One, and should be borne largely by the federal and partially by the state governments, according to Mr Katter.

The new rail link would allow cairns garbage to be railed direct to the waste facility at Arriga, taking smelly trucks off the highway and off the main street of Mareeba.

Pushing the TMR to start the road is Mareeba miner and earthmover Ron Reddicliffe. He said the proposed  road alignment has been known by the state government going back to when Martin Tenni was the local member.

“Martin asked me 30 years ago if I would find a new route to Cairns which I did then he asked me to build it,” Mr Reddicliffe said.

“I told him I would start it as soon as he coughed up some money, but the money never came.”

As we reported on January 19 the bridge structure will be undergoing expensive, lengthy repairs and motorists would have to endure often long delays to cross the river.

It should be stressed the poor condition of the bridge is no fault of TMR or the current government due the age of the bridge.

The state government has found itself between a rock and a hard place and has no option but to build a new road to Cairns, deviating from the tortuous, dangerous Kuranda Range Road which sees hundreds of motor vehicle accidents each year as well as a climbing death toll for cassowaries and other wildlife from vehicle impacts.

What can be blamed on successive governments is the lack of foresight in providing another arterial road to Cairns Airport and the Cairns Port from the Tablelands and a safer route for local drivers and the many thousands of tourists who travel to the Tablelands and Peninsula every year.

Convoy to Canberra truck rally at the doors of Parliament 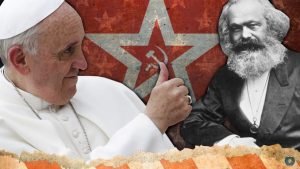