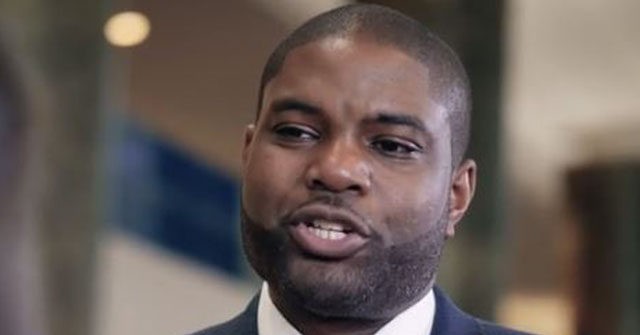 Monday, Rep. Byron Donalds (R-FL) reacted to the criticism over the stronger election law in Georgia. The law, which was signed by Gov. Brian Kemp (R-GA), includes voter ID laws for absentee voters and limits ballot drop boxes, among other more restrictive measures to shore up election integrity.

Donalds, on Fox News Channel’s “America Reports,” pushed back against the claims that the more restrictive measures are racist or from the Jim Crow era. He said Democrats are “trying to race-bait” because their immediate overreaction to the law was “wrong.”

“The Democrats are race-baiting. They are wrong,” Donalds asserted. “Look, I’ve reviewed the Georgia law on myself. What Georgia is doing is the absolute right thing. I know the president is running around trying to tell people that you can’t give someone a cup of water, but that’s not what Georgia law says. What Georgia law says is that you can’t give people something of value when they are in lines getting ready to vote because you know, we don’t want to buy off votes in America. That’s like a sound concept. That’s what we should be doing. The other thing that’s happening in these voting lines — people are getting these voter cards when they are also getting something of value in the lines, and so the Georgia legislature is right to get rid of that provision in Georgia law and make sure that it can’t do those things. That simple stuff.”

He continued, “This is not what they are trying to say. They are trying to race-bait because they know they got the argument wrong and they don’t have a leg to stand on so they’ve got to use race.”

Donalds went on to say Democrats are “weaponizing race.”

“They always try to accuse Republicans of doing it. Well now, I’m accusing them of doing it. That’s exactly what they’re doing, and they’re gaslighting on top of it because they have no argument about the legitimacy of what has been done in the state of Georgia fixing their election law,” he added.

The American Kleptocracy: A Government Of Liars, Thieves, & Lawbreakers 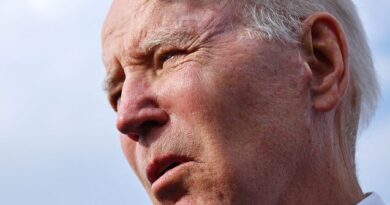