This post was shared from the cairnsnews.org's RSS feed

Quarries across Australia are stripping our non-renewable resources and our national heritage enabling our emerging enemy to make more steel and aluminium for its armaments which will eventually be used on us.

It’s somewhat ironical that Australians when ultimately forced into protecting our shores and the few resources we have left will be killed by tanks, ships, munitions and explosives made from Australian iron ore and bauxite.

The political party duopoly has been beholden to China for decades and the basket case of Victoria is an outstanding example of Chinese influence over state governments and individual politicians from all parties. Bribes are a way of life.

Bribes paid to politicians and their parties are considered as an operating expense for the Communist Chinese government and is a normal business practice as we have seen in Victoria with Premier Dan Andrews’ Belt and Road project.

It begs the question as to the whereabouts of Premier ’Dangerous’ Dan Andrews, a communist sycophant who it is believed was bashed senseless and is supposedly in a Melbourne hospital.

Cairnsnews was told by a Victorian reporter it was strongly suspected Chinese interests gave him a touch up for not delivering on their invasive project designed to turn the state into a CCP satellite.

Recently a nest of Chinese military operatives was flushed off Yam Island in the Torres Strait before they could get well established.

Cairnsnews has been told the brother of a Labor member of State Parliament was involved in the deal with the Chinese.

They had bribed an island inhabitant with a new boat, a car and other incentives in exchange for a house which they turned into a grocery shop and a base for 9 Oceans Fisheries, a shelf company owned by Chinese Nationals. The local council was unaware of the planned outpost.

None of the four Chinese men of military appearance and behavior, all being aged under 35 seemed to have had little fishing experience and as none could speak English or the local language had little chance of buying crayfish from local fishermen.

After federal MP Bob Katter in Parliament exposed the plan to establish a CCP spy post right under the noses of authorities, the operatives were gone by the next day.

Treacherous Australian politicians and their political parties sold the country out long ago and one worrying deal involved former Prime Minister Bob Hawke in 2012.

“In 2012 the Chinese Shanghai Zhongfu group wanted to grow its own irrigated sugar cane in the $311m second-stage expansion of the Ord irrigation project.

To top off this farmer coup-de-grace, former Prime Minister Bob Hawke is acting as gigolo for a Chinese conglomerate offering to buy 15,000 hectares of prime farming country east of Kunnunurra in Western Australia.” (Cairnsnews April 2012)

The WA government accepted the Chinese deal in deference to 13 Australian companies and individual farmers who tendered for the project. Hawke’s commission on the Ord River sale was a reported $11 million.

It was widely suggested at the time WA politicians did extremely well. It seems since 2012 not much has changed as the LNP Federal Government falls over itself to sell China more of Australia and more of our non-renewable mineral resources.

The Queensland Labor Party allowed Anglo-Swiss mining giant Glencore to take over a former Chinese-owned mining lease several years ago and the miner has just done a deal with Mitsibushi Development to extract 357 million tonnes of bauxite from its Aurukun, Cape York site for sale on the international market.

The headlines resonated with 650 jobs in the offing as the $500m deal was done.

Why is Australia not developing our own non-renewable iron ore and bauxite deposits to make alumina and manufacture motor vehicles, aircraft, building materials and many other goods.

Rio Tinto has been mining bauxite at Weipa for 50 years but has not got the show to itself anymore. A new neighbour at Mapoon is Brisbane company Metro Mining which is about to restart its operation after the wet season.

Metro is a fly-in-fly out operation that provides a limited number of jobs for local indigenous workers and has most of its supplies shipped in by barge from the south. Like the Metro operation Glencore will provide little return for an economically ailing Cape York.

Federal and State Governments should be legislating for all miners on Cape York to contribute towards an entire new value-adding refining and smelting installation to be built near Weipa producing alumina ingots.

Instead of sending ingots to China from its Boyne Island smelter, which is under threat of closure,  Rio should be restricting output and selling their entire production onshore to Australian industry for manufacturing vehicles, boats, aircraft and every other item that Australians pay through the nose for from overseas factories.

Unfortunately senior politicians and their parties have become so compromised, as we have seen recent evidence of in federal and state parliaments, that the Deep State has prevented any sovereign manufacturing industry to start again.

Australia the quarry, was confirmed by the compromised pedophile ex-PM Paul Keating when he said in 1994, “Australia is to become a service country only, and I can’t understand why anyone would want to live more than 100 klms inland from our shores….”

The Constant Turbulence Of Syria’s North 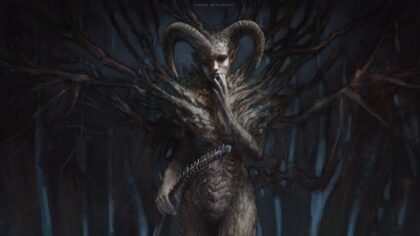 The Disinformation Program Is Complete

If the Nordic Countries Are Socialist, So Are These Less-Impressive Countries