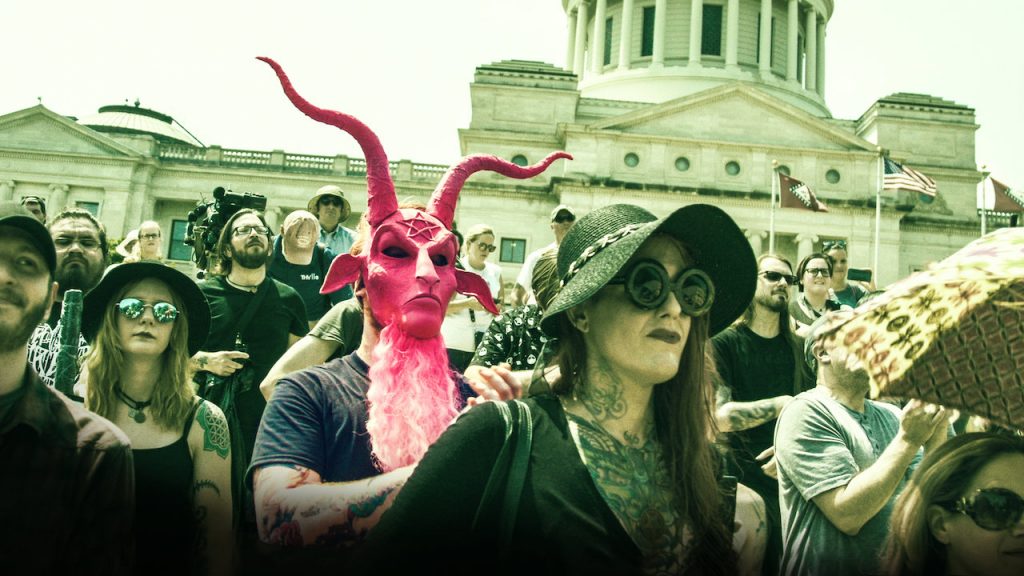 After a year in which streaming became even more important to millions of Americans thanks to the coronavirus pandemic, Netflix still dominates the streaming universe in the U.S. But new data shared by Ampere Analysis with The Wrap shows that while Netflix holds 20% of the U.S. streaming market, its dominance over the rest of the streaming landscape has shrunk from 29%, a  huge drop of nearly one-third of their audience that they like to blame on more services entering the market.

The truth is in the last year and a half Netflix’s values are contrary to a large part of its audience.

Strangely enough this satanic decline began soon after the show “Lucifer,” cancelled by Fox was picked up by Netflix for a fourth season, in December 2019, with Netflix’s Brazilian Christmas comedy special by Porta dos Fundos called, The First Temptation of Christ, which suggested the outrageous heresy that Jesus was gay, sparking outrage among Christians who tried without success to get it removed from the streaming giant. On Christmas Eve of 2019, a group even attacked Porta dos Fundos’s office in Rio de Janeiro with firebombs.

Then a few months later Netflix produced the controversial French movie Mignonnes – AKA “Cuties”. The call to boycott the film was immediately launched on social media over claims that its young stars were portrayed in a sexualized way and some film critics described it as a kiddie-porn child-sex pedophile fantasy movie prompting even the intervention of the Italian Catholic Church.

Then one year after Netflix released the controversial “gay Jesus” the LGBTQ community announced even more blasphemy against our Lord Jesus Christ on the same platform with the future release of a documentary film aimed at offering LGBTQ+ Catholics a homosexual iconography of Jesus.

Then after another year of TV series praising the Devil and the occult in every possible way, on the 13th of December 2020, Netflix posted a promotional video with sparkling letters saying ‘praise SATAN’ on Instagram. The post by Netflix that has since been deleted unleashed yet more chaos with Twitter users urging Christian people with a Netflix subscription to cancel it.

No wonder Netflix’s U.S. market share has taken a hit in the last year even as it added a company record of 36.58 million new accounts globally in 2020. Netflix’s U.S. market share has been dramatically sliced from 29% to 20% since the start of 2020, a big 31% drop in the past year, and the reason is simply that Americans have had enough of the Satanic and occult nature of much of  Netflix’s programming and are rightly reacting negatively to a constant bombardment of such values that are fortunately not embraced by most Americans.