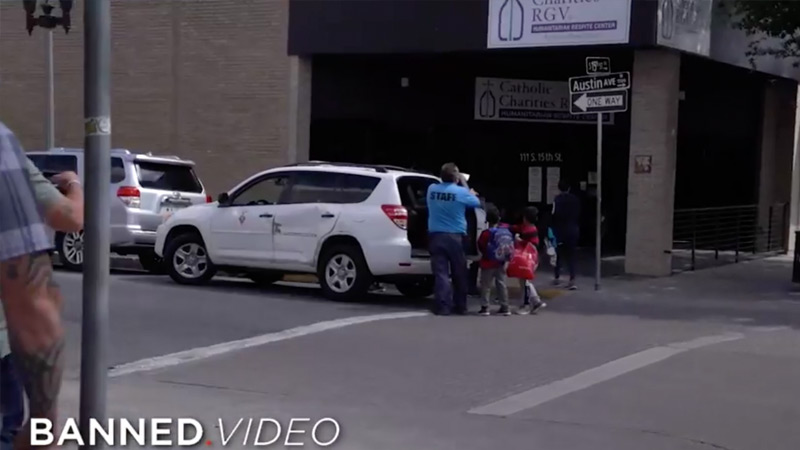 Alex Jones sees a group of children being crammed into the back of a car to be smuggled away and intervenes.

Jones and the Infowars crew ran into Drew Hernandez and tracked illegals being dumped in a makeshift Border Patrol tent camp under the Anzalduas international bridge in McAllen, Texas.

The crew next visited the new crowded detention facility in Donna, Texas, where they confronted security guards outside the complex.

From there, Infowars tracked the illegals to what appeared to be a fake Covid-19 test facility then to Catholic Charities, where Jones sat for hours watching children being crammed into the back of taxis and driven off to airports and bus stations.

At that point, the crew spotted people with Catholic Charities attempting to unsafely load young children into vehicles, with many being crammed into the back of vans without seatbelts, or carseats.

Jones called out the illegal and unsafe smuggling attempt, prompting police officers to get involved.

After the crew explained the situation, police proceeded to stop the driver from leaving and forced him to unload the people, although they did not cite him.

While the government endorses smuggling Jones uses the state law to point out the massive abuse to these undocumented children.

Catholic Charities is the same organization handing illegals manilla envelopes which have money, vouchers and instructions on how to be transported to their destination of choice within the US.

Transhumanism and the Metaverse 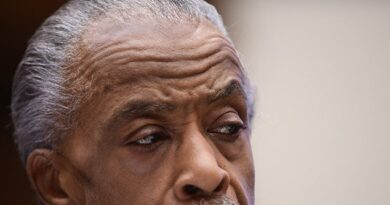